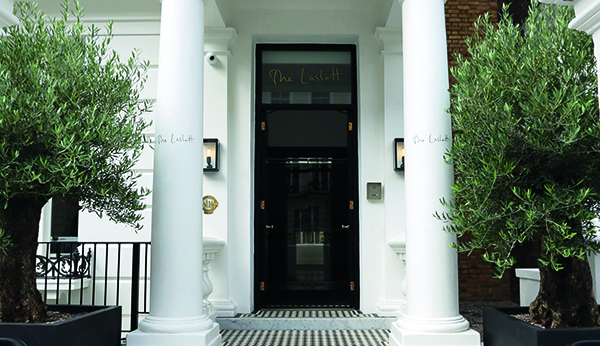 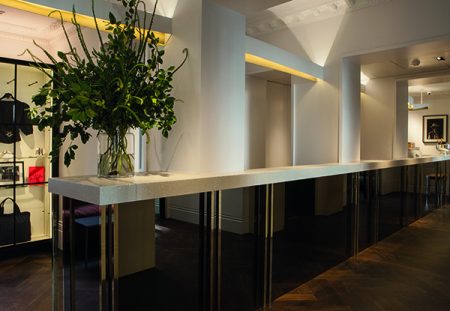 The Laslett is a hotel that spans across five impressive Grade II listed townhouses in the Notting Hill area of London.

This marks the latest collaboration between Living Rooms and Tom Bartlett, the founder and Director of leading British architect and design studio, Waldo Works. “We were initially approached by the Director, Tracy Lowy, with a very clear brief about the creation of a hotel that attempted to reinvigorate some of the great things about Notting Hill,” commented Tom. “We worked on creating a design that celebrated some of the areas identity like market eclecticism, old buildings and new ideas, carnival and street culture in a very broad way. From there we had a strong idea of what we wanted and we then got into the nitty gritty of the architectural requirements, planning, listed building permission engineering and building of quite a complex project.” As well as full architectural services, the company provided the full interior, fitting and furniture specifications for all the bedrooms and public spaces.

Set in West London, the hotel takes its name from Rhaune Laslett, a local activist who organised the original Notting Hill Festival. After two years of renovations the 22,000ft2 hotel opened its doors in August 2015.

The interior of The Laslett is heavily influenced by the Notting Hill style in its heyday. “We took inspiration from the end of the eighties and the early nineties including The Face magazine and Ray Petri with a little nod to Memphis particularly in the colour palette,” Tom added, “Living Rooms were keen that it felt like staying in a friend’s house and we really tried to include idiosyncratic pieces of furniture and art, while retaining all of the conveniences and details expected in a hotel at this end of the market.” This is helped by the use of modern British furniture mixed with Portobello finds and hand-picked photographs and art lining the walls which connect back to the hotel’s location.

The hotel features on a lobby, library, shop and a restaurant that form the public spaces on the ground floor which has an 11 metre long concrete bar providing service across them all. The ground floor is designed to feel more like a neighbourhood hangout with the walls of art and a ‘shop’ that showcases the hotel’s collaborations with local designers and artists. “In the lobby we replaced cornices and parquet floors, and above the brass and terrazzo 11 metre long hangs a similarly long custom designed and made lamp in powder coat and gold leaf,” commented Tom. 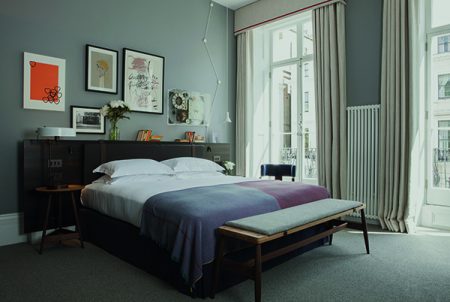 Found within every room is a mini bar that has snacks like British retro sweets as well as cocktail making sets and delicious beverages that all have a distinctively British background. Each wardrobe also has a limited edition sustainable bag by ReWrap available for purchase.

The exterior of the five townhouses were kept and restored in order to maintain their signature façade. “We retained all the exterior and detailing as well as existing cornicing, windows and skirting. We also replaced or restored details in certain areas,” Tom added, “It was important to us and the authorities as well that the proportions of these grand rooms were kept as much as possible, and that has really helped with the identity of the hotel.”

The Henderson Bar and Coffee Shop found on the ground floor of the hotel serves simple, seasonal British dishes by the legendary Sally Clarke with speciality teas and coffee, homemade cakes and first-class cocktails.

Due to the site of the hotel there were certain challenges that the design team at Waldo Works faced. “I think designing a hotel in the context of historic buildings is always a challenge, and there were certainly surprises along the way when we took down walls and uncovered floors!” commented Tom. “But actually it all came together well, and the hardships in getting it there are now all a distant fond memory.”

Thanks to Waldo Works the hotel has been shortlisted in the ‘Outstanding New Hotel’ category at the Independent Hotel Show Awards 2016. “It is really exciting to be nominated on our first hotel project. I think were quietly very proud of our work with living rooms at The Laslett, so it has been wonderful to see all that hard work by the team rewarded.”