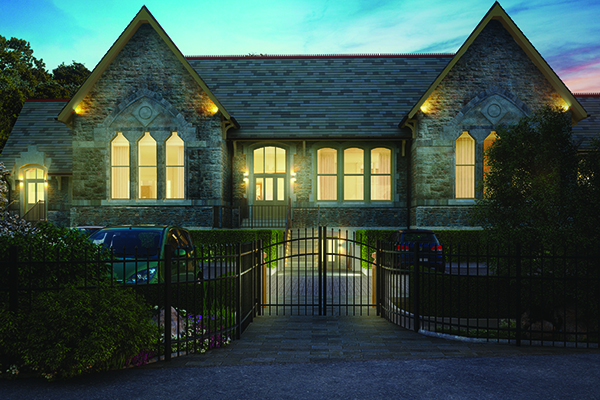 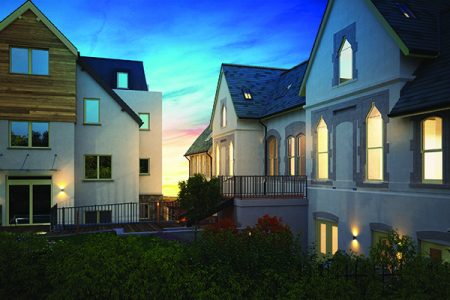 A beautiful longstanding derelict Station Master’s home hidden away in the small town of Fowey in South Cornwall, is being renovated into a collection of bespoke apartments and duplexes.

In the 19th century, the house, which overlooks the Fowey Estuary, was originally part of Fowey Railway Station and later used to house the Station Master and his family. For fifteen years the neglected building was left vacant – becoming ever more ancient day after day in front of the disheartened eyes of the locals.

The scheme was brought forward by architects Atelier 3, and planning permission was granted for the redevelopment of the Old Station Master’s House, the demolition of outbuildings and the construction of a new build block – all part of the new development.

The development is well underway, the new building now has a frame, windows and a roof. The process of rebuilding the Old Station Master’s House has been slower than envisaged, due to the thick walls having to carry the weight of the old stone – but progress is constantly being made.

The Old Station Master’s House development was a challenging one – lots of detail went into the planning permissions and in to the method of construction.   However, the old derelict house is now a bespoke collection of high-specification apartments, beautifully designed and carefully crafted. The development has parking spaces and a communal garden, with all apartments comprising private external spaces in the form of terraces or balconies.

Premier Construction spoke with Andrew Strathdee, Land Manager at Acorn Blue, to get a better insight into the process of the redevelopment. Andrew told us:

“It definitely isn’t the most comfortable job we’ve done, the build is complicated. But after taking one look at the house, and the potential it had, we instantly fell in love. It was worth all the hard work at the beginning – when a project is that interesting the tradesmen always want to learn more and get involved.”

“It’s nice to be a part of a project that local people are to able get involved with – the parish were massively helpful and the feeling we got from the locals throughout was one of extreme gratitude.”

The job has been wisely handled, carefully carried out and professionally constructed into a beautiful collection of homes; whilst still maintaining the character, respect and antiquity the people of Fowey admire for their homes.  Both the Old Station Master and the locals will no doubt love too.

Acorn Blue is leading developer with a portfolio of projects in and around Devon and Cornwall. In addition to its work on the Old Station Master project, Acorn is currently working on the Ponsmere Hotel project.

The scheme – which is taking place in Perranporth, Cornwall – has involved the demolition of the beachfront hotel and the construction of a stunning collection of 28 apartments and 13 homes.

Demolition South West was responsible for the demolition of the hotel.