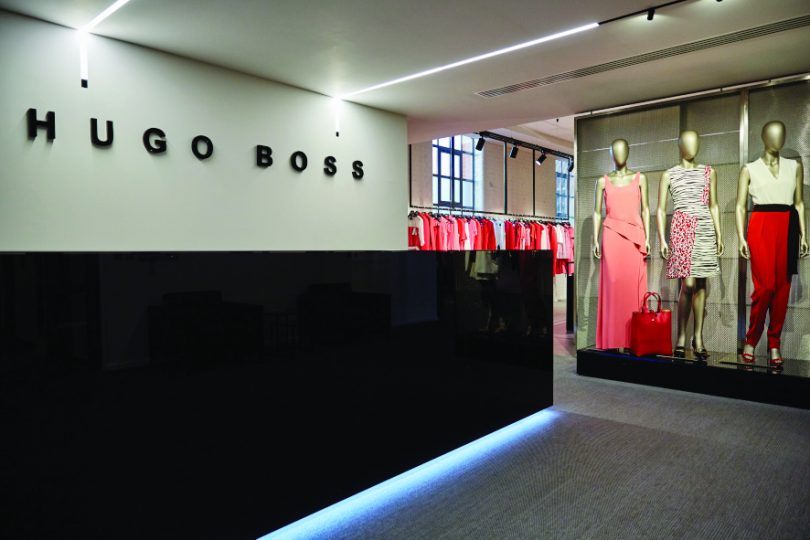 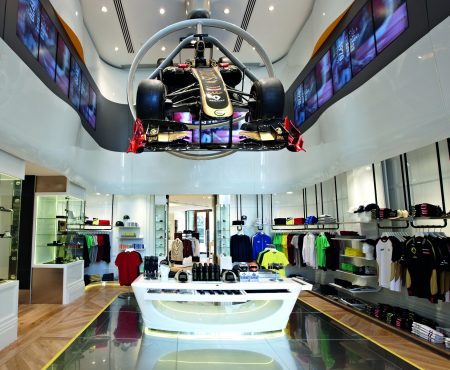 Now London is a design agency founded in 2013 by Mark Brown and the Directors of IDL Group. Specialising in retail and restaurant design, the company has an extensive client list including Hobbs, Hugo Boss, Edward Green, Rude Health, POD and Lotus. Mark Brown, Creative Director, spoke to Premier Retail about Now, his day to day role and some of the company’s work so far.

Tell us about the company

“Now London was formed three years ago as the creative division of  IDL ; an architecture, project management and cost management business which tends to work with retailers on the delivery side whereas NOW London is concept driven working with clients on their positioning, environments, packaging and communications.”

“For the first two years we tended to work with fashion and lifestyle focused retailers but in the last year we’ve developed a strong restaurant and fast casual dining offer.” Overall IDL has about 30 staff across offices in London and Manchester. NOW is more compact in size with our head office in London and staff working within both IDL offices.

What is your day-to-day role?

“My role is new business development and working with our clients to help them understand their business, customer base and the direction of their brand. I tend to set the overall design language and work with the client to understand where they want to take their brand and then lead our team in developing that language. My skills tend to be balanced between understanding the commercial reality of retail and the aesthetic side. As a business, we believe we’re very strong in developing an aesthetic that’s relevant to the clients brand.”

You worked on the London flagship store for Lotus, which included suspending a Formula 1 car from the ceiling. How difficult was that project?

“It was exceptionally difficult to do it in a listed building!  We couldn’t fix to any part of the building so everything had to be built as a free standing frame, quite a complex piece of engineering. Everything was then over clad to appear like a finished box. The other problem was Formula 1 cars are rare. To get hold of one is a struggle and you can’t have the latest model up there because there is a lot of secret mechanical work underneath those cars. The original idea was the car would go up and down from the ceiling and turn round. We managed to get it to turn around but to go up and down from the ceiling was structurally a step too far.” 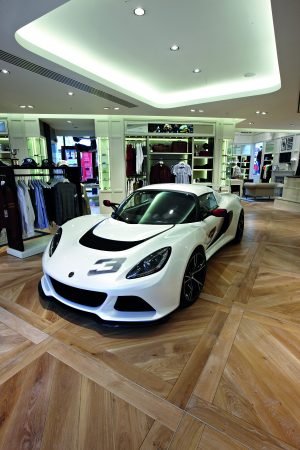 Is there a particular project you have taken a lot from?

“Over the years the retailer that I’ve learned the most from is Tom Chapman who is the owner of Matchesfashion.com. When I started working with them they were a local retailer in Wimbledon Village and were about to go into Notting Hill. Tom was the most instinctive, brilliant retailer I think I’ve ever met. He knew his customers, he knew his product and he was two steps ahead of the market and competitors at every point. He got ahead of the online market to create an internationally recognised luxury fashion destination and we developed a whole language around packaging, stores and personal shopping to assist him in setting Matchefashion.com apart from his competitors.”

What do you pride yourself in as a company?

“We pride ourselves on a very personal service. The clients get to work directly with the designers and the creatives. We have the ability to very quickly understand our client’s brand, business and customer and develop a language that is very specific to them.”