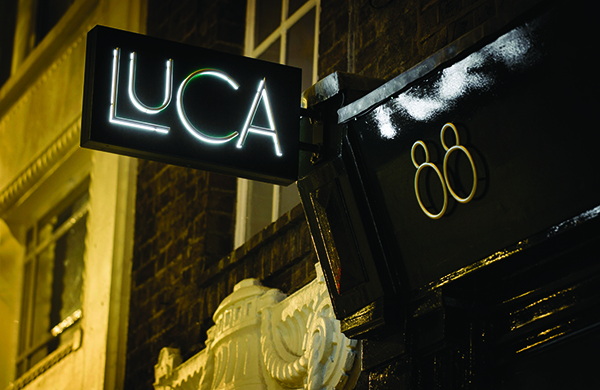 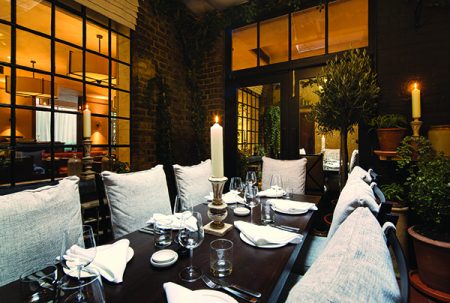 The team behind one of the most popular restaurants in London, The Clove Club, have branched out with a new venue offering traditional Italian cooking blended with high quality British ingredients. Luca opened at the end of November after an extensive redesign and fit out from Alexander Waterworth Interiors.

Open all week for lunch and dinner, the restaurant brings together locally sourced ingredients from across the British Isles. The menu has been creatively and carefully curated to offer customers a range of dishes that will provoke intrigue by mixing staple British classics with a taste of the continent.

Head chef Robert Chambers has developed his passion and understanding of Italian cuisine from a young age and has a great knowledge of the regional cuisine offered by Luca. The pasta and main courses his kitchen offer include Garganelli with pork sausage, tomato, anchovy and mint; Grouse ravioli with potato sauce and whisky; Cornish lamb chops, rosemary breadcrumbs and crushed vegetables; and Cornish monkfish, fregola sarda and green olive sauce.

A bar menu is also available for those looking for lighter dishes as it boasts salads, sandwiches, hams and snacks. The bar at Luca sits separate to the main restaurant and is open all day from 8am.

Located in an early 19th century listed building, the interior design of Luca is sophisticated and simple. The majority of the walls take advantage of exposed brick work creating a rustic feel and blends with the oak panelling and flooring found throughout the restaurant. A semi-open kitchen gives customers a glimpse of the food they are about to sample. 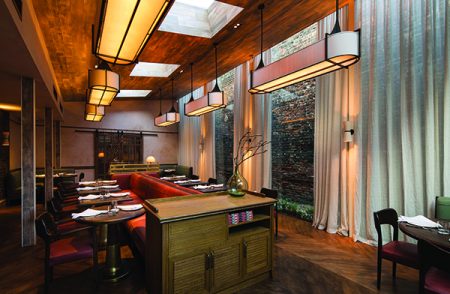 During the day natural light bathes the space from the floor to ceiling glazed windows and a series of skylights. Two private dining spaces with agricultural touches are also available.

Despite only being open a short time, the team behind Luca will be hoping to achieve a similar level of success they continue to have at The Clove Club. The Shoreditch restaurant opened in 2013 and within a year had been awarded a Michelin star before being named one of the world’s top 50 restaurants.

Formed in 2011, Alexander Waterworth Interiors provides clients with an alternative to traditional interior design studios. The firm offers a unique, efficient and personalised service. In addition to working with Luca, the company has worked on the Musket Room in New York, High Road House in London and Ober Mamma in Paris.