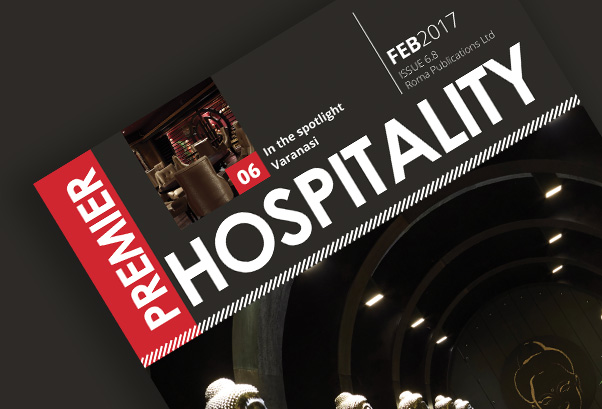 This Month in Premier Hospitality 6.8

In this month’s issue we showcase Birmingham’s new eatery, Varanasi; we take a look at Ten Trinity Square; and we serve up a slice of Pizza Punks.

Located on Broad Street in the heart of Birmingham, Varanasi is an exquisite fine dining restaurant, serving up a delicious array of Indian dishes. Spread across three floors, two of which are below ground, Varanasi is Birmingham’s biggest restaurant and boasts a cocktail lounge, two luxurious private dining rooms and the capacity to cater for up to 500 guests. Varanasi opened its doors in December 2016, taking over from a former Waxy O’Connor’s venue which lay vacant on the site for years. Since opening, Varanasi has been met with an extremely positive reaction, with guests understandably mesmerised by the opulence on display.

Meanwhile, exquisitely created within a spectacular and unique historic building in the City of London, the new Four Seasons Hotel London at Ten Trinity Square offers interiors of breathtaking splendour. The Grade II listed building, originally occupied by the Port of London Authority, features a stunning colonnaded facade behind what is now a luxury hotel and residence just steps from major landmarks, business hubs and cultural destinations. The superbly designed interior is home to just 100 guest accommodations as well as 41 exclusive private residences, and also offers a luxurious spa experience, state-of-the-art fitness centre, a beautiful indoor pool, and gracious event spaces which can accommodate up to 200.

And finally, an artisan and wood-fired pizza company with a difference, Pizza Punks has just opened a much-anticipated stylish new venue in Vincent Street, Glasgow. Spread over ground and basement levels and totalling 650 m², the former Barclays Bank site has been transformed into a 160 cover restaurant with an open kitchen where diners can see their food being prepared. The large open plan interior features high ceilings and furniture reminiscent of New York City interiors and urban pizza-houses.

With all this and a focus on international projects, it’s time to sit back and tuck into another helping of Premier Hospitality.