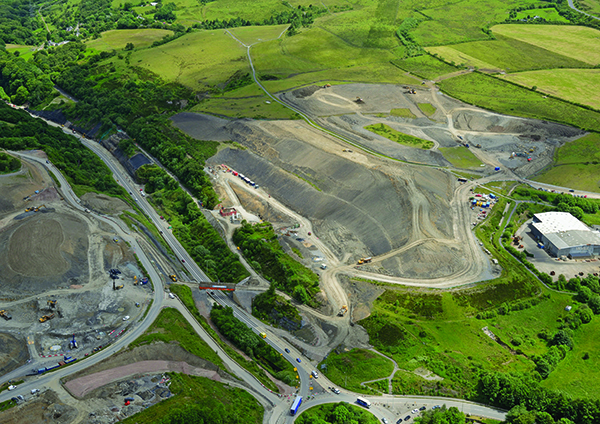 A465 Heads of the Valleys On the road to major improvement 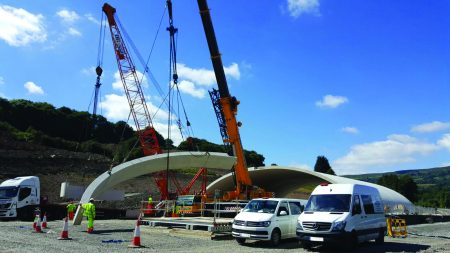 Geared to boosting economic regeneration and improving road safety, a £220m road dualling project is upgrading the 8.1 km route between Gilwern and Brynmawr.

The project is part of a larger scheme to improve the 40km length of the A465 Heads of the Valleys road between Abergavenny and Hirwaun in south east Wales.

The A465 was built in the 1960s as a single three lane carriageway with two lanes in the uphill direction through the Clydach Gorge, and one lane in the downhill direction. A regional traffic study in 1990 identified the need to improve this road.

Traffic flow and speed were restricted by the road width, gradients, the at-grade nature of the junctions and the limited opportunities for safe overtaking.

In many areas the alignment of the existing road resulted in poor visibility, presenting an increased safety risk. Accident concentrations occurred on some sections of the road, such as at the junctions at Brynmawr, Gilwern and Glanbaiden. The traffic capacity of the roundabout at Brynmawr was already exceeded at peak times.

In 1994, the Secretary of State for Wales announced plans for widening the existing A465 to provide a dual two-lane carriageway with some sections off the existing line of the road.

The overall scheme is divided into six sections and is a central part of the ambitious but confident Heads of the Valleys regeneration strategy developed by the Welsh Government and five South Wales local authorities.

The strategy aims to tackle root causes of economic inactivity in the region by delivering long-term effective results to improve transport infrastructure and thus accessibility and boost industry, tourism and public confidence. The scheme will improve access to key services, jobs and markets, supporting inward investment to areas such as the Ebbw Vale Enterprise Zone.

The A465 improvements are seen as a key element in the social and economic regeneration of the Heads of the Valleys area.

The Gilwern to Brynmawr project involves converting a section of the A465 between the Glanbaiden junction at Gilwern and the Brynmawr roundabout to two lanes in each direction.

Costain, working with Atkins, Ch2M and RPS, were appointed to deliver this section.

The design for the scheme includes a split-level carriageway, the introduction of a 50mph speed limit, improved junctions and improved viewpoints of the Clydach Gorge, through which the road passes.

The split-level carriageway means the road level of each carriageway is at a different level, separated by a retaining wall used between the two to support the road at the higher level.

Other elements include the provision of extra lay-bys at Sale Yard and Clydach Gorge and a safer cycling crossing at Brynmawr.

Approximately 1.2 million m3 of topsoil, superficial deposits and rock has to be excavated from the site, all of which will be reused within the scheme boundaries.