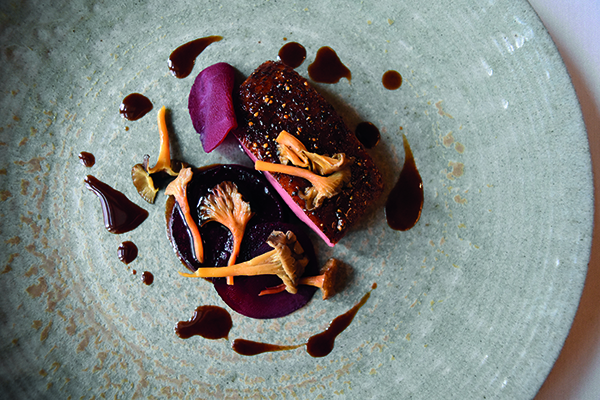 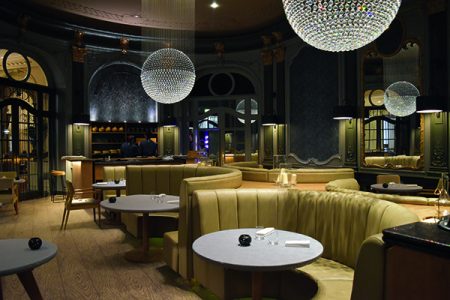 A spectacular restaurant refurbishment provides the perfect showcase for the culinary talents of chef-patron Adam Reid at Adam Reid at The French, located within the iconic Midland Hotel in Manchester.

The restaurant’s re-opening in February was marked with the introduction of impressive new menus from the famous chef as well as a stunning new interior including a chefs counter that will further express Adam’s philosophy of engaging the kitchen with the dining room.

Adam joined The French as Head Chef in 2013, when Simon Rogan took on the management contract and re-positioned the restaurant.

That agreement with The Midland Hotel and QHotels ended in autumn 2016, and Adam has not only remained at The French but has assumed control of the restaurant business.

The overall refurbishment by Style Contracts meant a fortnight’s closure in early February, and has primarily focussed on the addition of the chefs counter, which was devised by CHR and which serves not only as an additional kitchen preparation space, but also features seven stools for guests to have a drink, dine if they wish (they will be encouraged to have at least one course at the counter during dinner), and to watch the chefs in action during service.

Additionally, the Grade II listed dining room has had a general refresh with new lighting, wall art and paintwork.

David Oulsnam, director of Style Contracts said: “The brief from Adam was to strip away the opulence, to feel more accessible for everyone and to create an organic and dark colour palette that should be buzzy and atmospheric.

“We retained the antique gold to the capitals of the column details, but generally darkened down the colour scheme using two tonnes of dark charcoal grey pulled out from the new wallpaper to the large panels between the columns.

“The focal point of the new layout was to include a chef’s counter to invite customers to sit with Adam, and we also commissioned a twig wall feature in the arch behind the counter in oxidised steel. This was repeated in the arch at the opposite end in a random copper petal design, creating a shadow effect on the wall.

“The lounge area to the French was included in the new scheme and using full height dark grey sheer fabric on steel rails to the surround provides an element of privacy and anticipation of something special within the historic Midland Hotel.”

At lunch, there is also a ‘Small Plates’ à la carte menu, offered alongside the shorter tasting menu, allowing guests flexibility of choice, some lighter dishes, and a speedier service, if required, including the option of eating at the chefs counter.

The 180 bin international wine list features a strong selection of English wines, with a broad range of more than 20 options by the glass, including some specially chosen to match particular dishes.