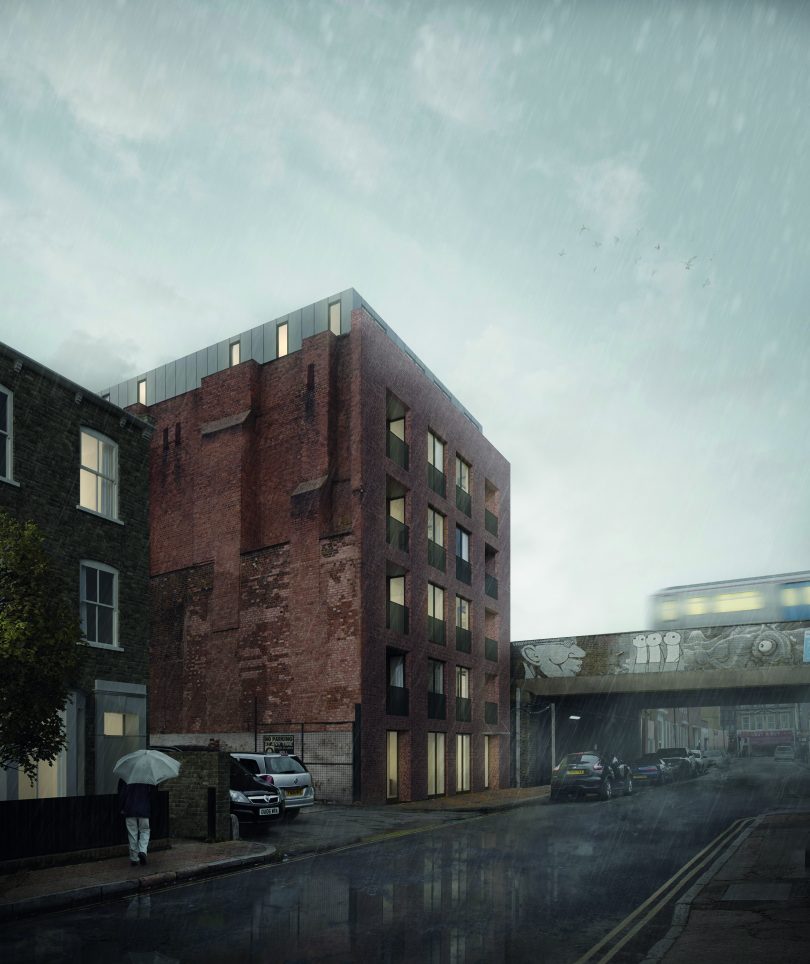 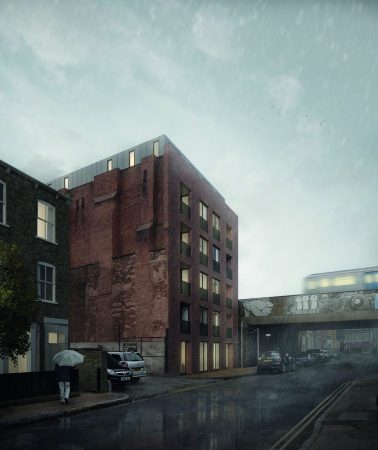 Penrose Street welcomes a new development thanks to De Matos Ryan. The development re-purposes an old set-painting workshop, south of Elephant and Castle, into nine 640m2 residential units which will sit atop of 205m2 commercial premises on the ground and first floors.

Completed in April of this year, De Matos Ryan worked on this mixed-use development creating a unique and homely feel. The design company, founded in 1999, is headed by Angus Morrogh-Ryan and José Esteves de Matos. It first gained recognition in 2002 with the multi-award winning Cowley Manor Hotel and Spa. Combining expertise in architecture, interiors and landscape, De Matos Ryan has worked on a range of projects including Christopher’s in Covent Garden, York Theatre Royal, Sadler’s Wells London and the redevelopment of St George’s Hall in Bradford due for completion this year.

“The building sits within a ‘train-scape’ of high-rise developments along the railway line in Southwark,” commented Angus Morrogh-Ryan, Director at De Matos Ryan. “The sustainable re-use of existing building fabric, the redevelopment of once marginal boundaries and the resolution of complex site conditions are all a function of needing to find new opportunity within an increasingly dense urban context.”

The refurbishment has transformed the building into a five storey apartment building with a penthouse floor which is set back from the brickwork parapet creating a wrap-around terrace.

The building itself used to house suppliers of scenic canvases to the West End before the introduction of digital print and projectors rendered them almost obsolete. The original structure of the building was dominated by two tall voids with buttressed flank walls acting as counterweights. This was used as a way for artists to be able to paint the canvases which travelled past them on a pulley system as they stood on a mezzanine halfway up quadruple-height studio spaces.

“The proximity of these walls to the elevated viaduct made any ambition to replace them entirely unfeasible,” added Angus, “As such the strategy was to build supporting frames from within the brick shell prior to making external amendments to the masonry.” These frames, made out of steel lattice, supported the side walls to allow the end walls to be remodelled round new openings and recessed brick terraces.

Reclaimed brickwork from the original building, which has been mixed with palates of new heritage brickwork, has been used to create new street and rear elevations. All the apartments within the building are duel aspect as they have views of both the city and river from the rear bedrooms as well as views of South London from the living rooms at the front.

“The project demonstrates the potential of complex, sometimes marginal, sites adjacent to railways can offer significant opportunities within the city.” This is the second London scheme designed by De Matos Ryan for Rosemount Investments with a third underway at Blackfriars Road.