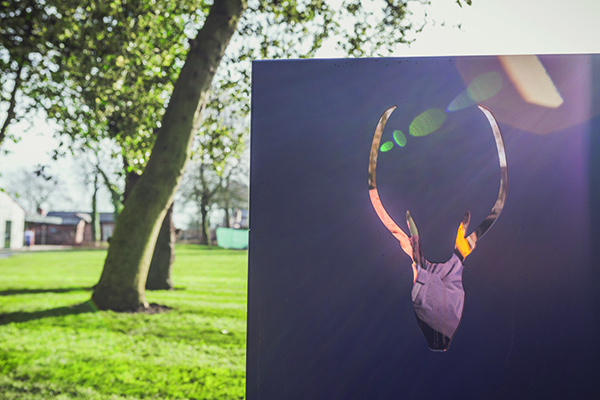 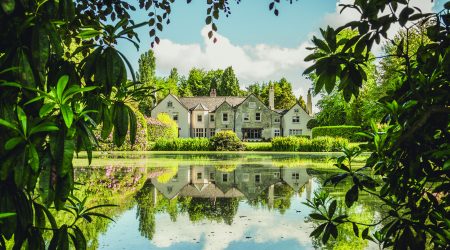 Located within five acres of stunning gardens in West Lancashire, Moor Hall is now welcoming diners and guests after a significant renovation to create a modern restaurant and seven luxury bedrooms.

A 16th century Grade II* listed gentry house, Moor Hall is one of the most historically significant buildings in the area. It was acquired by the current owners in 2015 and in time since has been transformed into what is likely to become a premier northern destination for travellers and foodies alike.

The 50 cover restaurant is under the stewardship of acclaimed chef patron Mark Birchall. Housed in a new extension to the existing structure, the restaurant’s menu is inspired by Moor Hall’s beautiful surroundings and home grown ingredients.

The tricky task of designing this new space was undertaken by Falconer Chester Hall Architects. Alastair Shepherd, Director at the firm, spoke to Premier Hospitality:

“We were trying to restore the old part of the house and seamlessly link it to the contemporary areas. It was a really interesting project in that respect.

“We wanted the new building to be connected to the surrounding landscape. It has a glass frontage so diners are looking out onto the lake. Windows at the rear provide views of the garden. Similarly, the materials we’ve used take inspiration from the landscape. Red Sandstone has been used in a contemporary way but also provides a connection back to the old house.

“The kitchen is a very high end restaurant; the chef has high aspirations for the site. With that you need to have a functioning kitchen that can accommodate a large number of staff.

“The aim at the beginning of project was to create something that will become world-class and puts the area on the map in terms of food. The new building is key to this and hopefully will become something we can be very proud of.”

“The design of the interiors was a fascinating process requiring originality of design combined with a respect for the heritage of the building. Our brief was to go beyond the normal parameters of design and create an experience for the clientele that would make this venue unique.”

“The project has been completed over a two-year period. The Hall was in a terrible state of repair and as such every detail had to be carefully considered. The renovation had to cut deep into the fabric of the building whilst maintaining its unique character.”

“The most important principle we all agreed on regarding the bedrooms was that each bedroom had to have its own character. We didn’t want to fall into the trap of designing one beautiful room then rolling that out into the other bedrooms as a corporate style.”

After a soft opening, Moor Hall is now taking bookings for both the restaurant and accommodation. For more information please visit: www.moorhall.com.