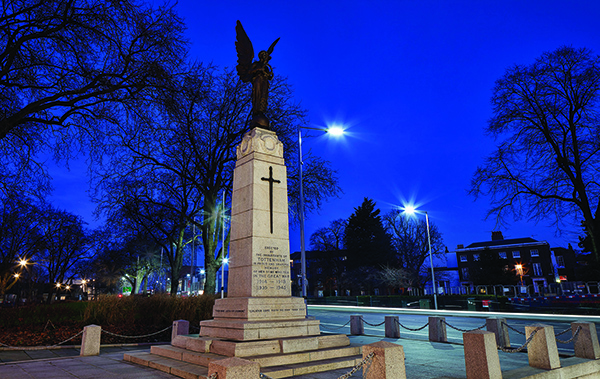 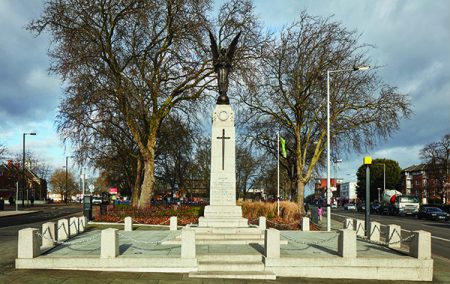 The restoration of a war memorial at the heart of a regeneration project in Tottenham has gained industry recognition with an RICS Award London nomination in the ‘Building Conservation’ category.

Tottenham War Memorial was originally erected in 1923 to commemorate those who lost their lives in the First World War. Located within Tottenham Green, it features a laurel crowned bronze angel that sits on top of the cenotaph symbolising peace.

The memorial was given a somewhat questionable restoration in the 1980s but the opportunity to truly return it back to its best was afforded as part of a wider scheme to redevelop Tottenham Green through Haringey Council’s Tottenham Regeneration Programme.

Architectural studio The Regeneration Practice was charged with undertaking the project by Haringey Council. Director Paul Latham spoke to Premier Construction about the development:

“Not only was the war memorial badly presented with concrete paving and weeds but it had also been worked on in during the 1980s in an unsatisfactory way. Bronze metal paint had been added that gave the angel statue a lifeless appearance. Originally the bronze was a dark colour and would have been full of life and interest to the eye.

“A major part of what we do is research. We looked at the original intention of the sculptor who did a number of similar angels from the same mould. We also obtained a lot of information from an article published in 1923 about the memorial’s unveiling in the Tottenham and Edmonton Weekly Herald.

“The article gave us standard details like the attendance but also information about the finish, the stone, the quarry, the artists and details of bronze gratings. We were able to establish the original design and work out what elements had been added during the 1980s work.”

One such element was the paving. Originally granite, it became clear that damage caused by a lack of drainage had seen concrete put in. Carefully sourced from a Scottish quarry to match the original paving, granite now surrounds the memorial again.

This kind of detail and effort undertaken by Paul and his team has not gone unnoticed. In addition to the RICS nomination, the project is also being used by Historic England as a teaching aid for future war memorial projects. Paul added:

“It is an enormous honour to be nominated and the whole team is very excited. It is a tremendous achievement that out of all the projects in London we’ve been shortlisted and we wish ourselves luck with the final announcement.”