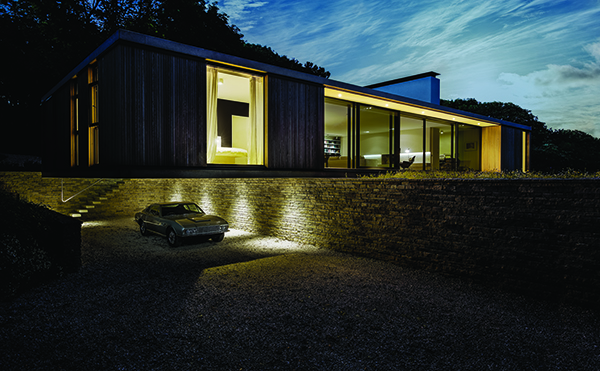 Woodpeckers and The Quest 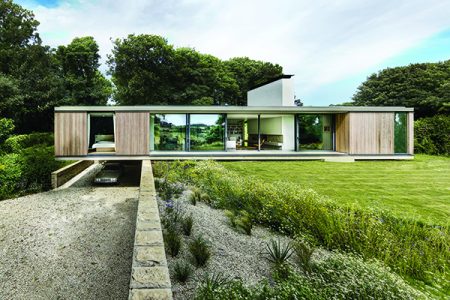 An architectural firm based in the New Forest has double cause for celebration after two of its housing projects each received a RICS Award nomination.

Strom Architects completed Woodpeckers – a replacement house – in July 2015 and it has now been shortlisted in the ‘Residential’ category for the South East region. They completed The Quest – a replacement dwelling on the site of an old quarry – in December of the same year and this has also been shortlisted in the ‘Residential’ category but for the South West region.

While sharing distinctly different briefs, both projects required unique and innovative architectural solutions to site and planning restrictions. Magnus Ström, Director at Strom Architects, spoke to Premier Construction about the two developments, starting with The Quest:

“Initially we went to look at the site with the client, a retired couple, and gave them some advice. A couple of weeks later they called us back saying they’d bought the site and would like to start working with us straightaway.

“They used to live on the other side of the valley and could see the plot from their old house. The couple wanted a house for their retirement that was light and airy. The old house they lived in was stone and a bit dark and cold.

“The site has a noticeable slope and all surrounding trees are under Tree Preservation Orders. When we first started working it was quite a messy site and access to it was only possible from the southern edge. It was therefore important to us that there was a distinction between vehicular access and the private garden. To do this we created a retaining wall made of stone that split the site in half.”

The house is cantilevered over this retaining wall through the use of two concrete planes – the floor and roof acting together like a space beam. The concrete structure is then in-filled with timber dry-lining. Magnus added:

“The site was definitely a challenge. It was an old quarry filled with rubble and we also found an underground mine shaft which obviously caused a few headaches. We put some foamed concrete in it then cast a slab over it.” 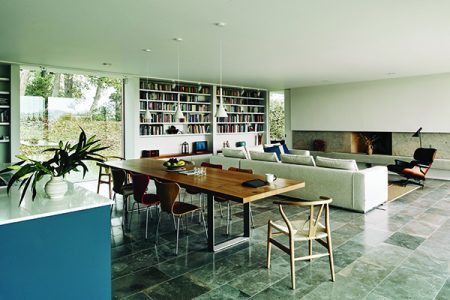 “Our clients had originally purchased the existing property a few years ago. It was a bungalow that didn’t work very well as an all year round house. It was cold, wet and damp. We started off by looking at an option of what we could with the existing building as a refurbishment and extension. However, when we compared that with doing a new build house it was decided this would be more beneficial.

“We started off with the idea of building a timber framed house. The clients were inspired by modern Scandinavian architecture. Planning constraints meant we were restricted in how big we could build the house; we were only allowed to add 30% to the existing house. We maximised that and were allowed to add a conservatory as well.”

The main way Magnus and his team maximised the site was by pushing windows to the outside of the envelope, not allowing for any overhang. The timber frame structure is finished in larch cladding that will weather to a silver grey colour.

Both projects threw up difficult challenges that required forward thinking design solutions to make sure the new structures and the sites upon which they sit reached their full potential. Magnus added:

“It’s lovely to be shortlisted alongside so many talented people and fantastic projects. It’s great publicity for us, and the exposure will hopefully help us to reach more potential clients.”