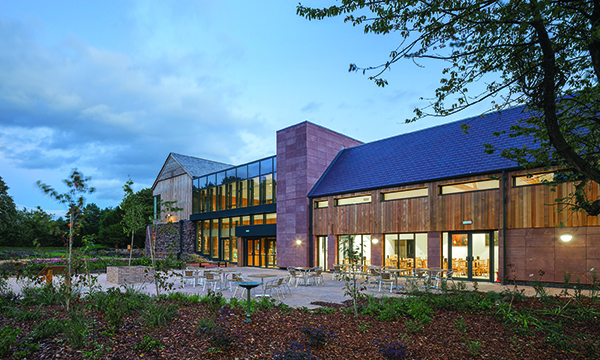 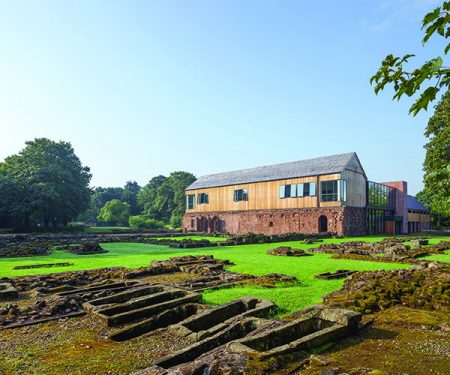 Norton Priory is one of the most important historical sites in the North West of England, boasting both the remains of a 12th century abbey complex and an 18th century country house. Having originally opened to the public with a museum in the 1980s, more recently it underwent a significant overhaul that has now been shortlisted for a RICS Award (North West) in the ‘Tourism and Leisure’ category.

Carried out by Manchester-based Buttress Architects, the work was aimed at improving the museum’s orientation and connection to the historical site. Visitors to Norton Priory can now experience a more welcoming museum that features greater exhibition and gallery space.

Having been appointed in 2012, work on the project began in 2013 and finished in August 2016. Stephen Anderson, Associate Director at Buttress Architects, spoke to Premier Construction about the origins of the project and its significance:

“It was clear from early stages that it would be a special project, one we would want to be involved with. Norton Priory is a very historically significant and special place. It sits in the heart of Runcorn and to an extent anchors the new town development that was created in the 1970s. It has always had a place within the community and this project is a second generation of the museum.

“It was clear to the trustees and staff at the museum that the facilities they had were no longer filling the potential of the site. It had become a little bit jaded and a little bit tired. The project was instigated to review what was there and look at ways to improve upon it. Some feasibility work had been done previously so we took on the key ideas and themes that were in that piece of work and developed them forward. 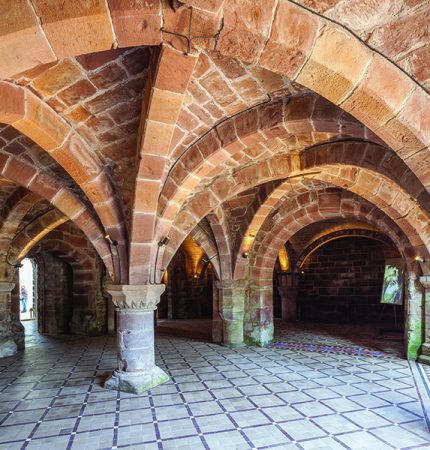 “We’ve reoriented the site, developed further exhibition and gallery space and tried to help the museum become more sustainable through having a more significant commercial offer. Ultimately we wanted to develop something that’s incredibly flexible so the museum can put it to all manner of uses. Whether it’s a wedding, conference or workshops, the space is ready to be used.”

A glazed link building welcomes visitors and gives them access to the exhibition spaces and the Undercroft – the only part of the Priory that remains standing. The rest of the Priory ruins are accessed via the Undercroft. This new layout gives the overall site a greater sense of cohesion and helps make for a more pleasurable visitor experience.

As a whole, the project involves a little bit of everything, from the museum new build to conservation repairs. Practical requirements like drainage and power cables necessitated careful planning to avoid a negative impact on the archaeological site. The importance of the project in revitalising the site is clear to see, with the RICS nomination a testament to its successful completion. Stephen added:

“On a personal level, it was a great project to be involved in; it’s not every day that you get to work on a scheduled monument with a Grade I listed building sat on it. We are really pleased with how the scheme works and the design is something I am very proud of, so to be shortlisted for an RICS Award really is just the icing on the cake.”