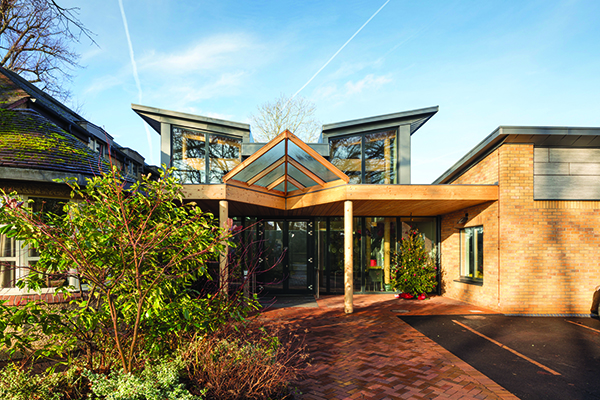 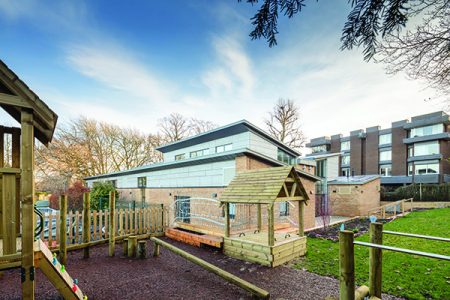 Redland Parish Church (the church itself was built in 1743 and is Grade 1 listed) has long played an important role in at the heart of the community, with its accompanying church halls serving both the congregation and locals since the latter half of the 20th century.

Church services, pre-school learning, community meetings and events are all held in the halls. The original hall building was built in the 1950s, with a new section added in the 1990s. The facilities and general look of the halls, however, had become tired and dilapidated. In April 2012, a project was initiated to revamp the halls through the replacement of the original structure and the refurbishment of the 1990s section.

Known as the Barnabas building, the whole site was reopened in October 2016 and has been widely praised by users since then. Industry recognition has quickly followed suit with an RICS (South West) Award nomination in the ‘Community Benefit’ category – for which the project is now short-listed.

After a number of businesses put forward proposals, Bristol-based architects O’LearyGoss was selected to design the new look halls. Director Jenny Goss spoke to Premier Construction about the work:

“Basically, there were two church hall buildings. The original structure was built in the 1950s with a second hall added in the 1990s. The church had decided they weren’t going to be able to keep the original and wanted to replace it with something bigger and better. The 1990s building was in a good condition but it was made up of small spaces – small offices, meeting rooms and a tiny hall. There was nowhere to get together as a large group.

“Replacing the original structure with something bigger was complicated because the site is very tight so we had to extend it in a number of directions. It’s a glulam timber frame which makes for a strong visual impression within the halls.

“Externally one of the issues was that we had to keep the roof line fairly low which is tricky when you want to create a hall with a sense of presence. To address this we used an inverted roof with a flat section in the middle and raised sections at each side. It’s quite an interesting shape inside but outside it’s not particularly tall or dominant. It also allowed us to bring natural light into the centre of the building”

At the heart of the Barnabas building is its flexibility. The large space can be divided into four separate halls through sliding partitions so the needs of various groups can be catered for at the same time. One partition is electric and disappears into the ceiling, one is made of glass and the remaining two can be hidden in the side walls. When fully open the space can seat up to 280 people.

In addition, a brand new fully-equipped kitchen has been constructed along with comfortable lounge space and a welcome area. Solar panels and a heat recovery system help keep the building environmentally sustainable while the 1990s extension has been refreshed with an improved meeting and office space. 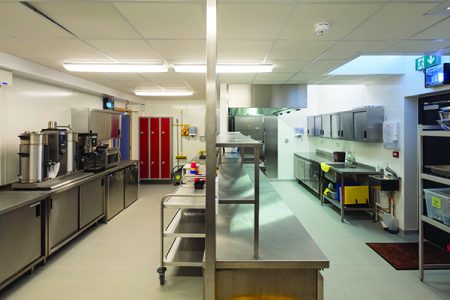 As well as managing strict planning restrictions, O’LearyGoss also had to take note of the nearby residential area and make sure acoustically there would be no issues.

Despite the relatively short time since the Barnabas building was opened by the Bishop of Bristol, the new spaces have already seen a great deal of use. Feedback so far has been incredibly positive, highlighted during the RICS submission process when an online survey underlined satisfaction amongst parishioners.

“The RICS nomination is really very welcome. To get industry recognition is great and hopefully people can look at it and use it as an example for other similar projects. It’s also very satisfying for the clients who have put a huge amount of work into getting this project completed.”