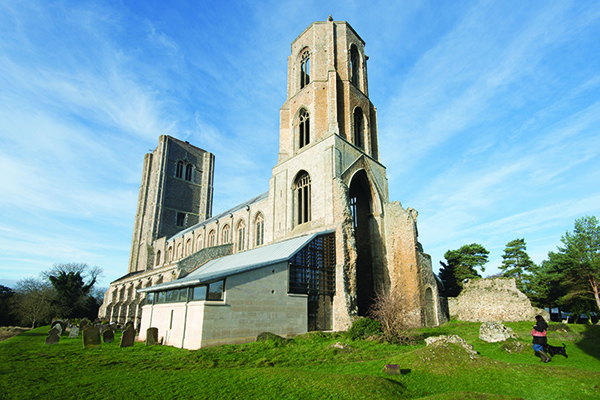 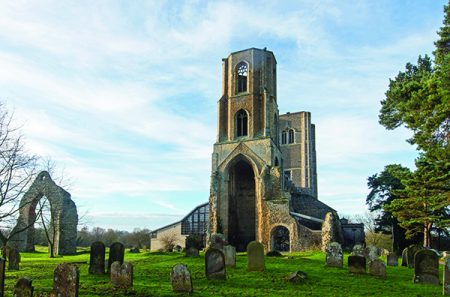 Bringing new life, attracting a host of additional visitors and providing a wide range of new facilities to the 900-year-old Grade I listed Wymondham Abbey in Norfolk, is a recently completed £2.57m project known as “The Abbey Experience.”

The scheme has attracted highly favourable feedback from the client, visitors and the local community alike.

Wymondham Abbey is the town’s Anglican Parish Church of St Mary and St Thomas of Canterbury, and “The Abbey Experience” project is geared at integrating the use and experience of the abbey, the surrounding meadow and ruins, and the archives and collections, in a way that transforms the previous experience and learning opportunities offered to visitors.

This has been achieved with the provision of much-needed facilities: new flexible spaces, a servery, lavatories and storage to cater for a wide range of activities, displays, interpretation and learning.

The project was designed by Freeland Rees Roberts architects and carried out by main contractors Draper & Nichols.

The works included the extension of the existing church by ’filling in’ the corners on opposite sides of the ruined east tower. These two extensions (located to the south east and the north east of the tower), provide enough space to offer substantially improved facilities for the benefit of visitors, church users and the wider community.

Tania Gomez-Duran of Freeland Rees Roberts Architects said: “One of the aims of the project was to declutter the church by removing the temporary vestries and partitions erected in the early 1900s from the south aisle.

“Another key element was the construction of the two extensions to the east tower. Both extensions are single storey but of sufficient scale against the large imposing abbey.

The south east extension employs soaring, tapered cruciform-shaped steel columns to keep new structural elements away from the south chancel wall, and new rooflights wash the extension in light and allow an uninterrupted view of the existing archaeological wall and tower beyond.

The north east extension incorporates a choir vestry and music storage, as well as an interpretation area about the abbey. An important architectural incised design for a window was discovered while unblocking an arch, and this is now part of the displays. The south east extension includes an educational space with displays designed for visiting schools and groups, a tea servery point, sacristy and toilets.

Tania Gomez-Duran said: “We also opened up the abbey’s west doors which had previously been blocked in, and moved the visitor shop (which was located by the west doors) to the south aisle. Further alterations ensured complete accessibility throughout the abbey. New ramps and steps to the aisles now allow for a complete circular route around the church, enabling easy access by wheelchair or with a buggy.

“One of the main challenges of this project was working on a Grade I listed building and Scheduled Monument, designing the extensions to have minimal impact on the existing fabric of the building and the large number of stakeholders involved in the project: the diocese, Heritage Lottery Fund, local planning and conservation department and Historic England. 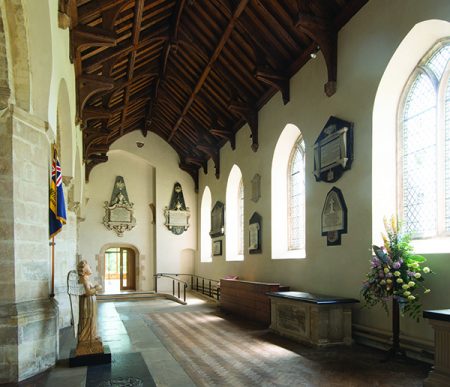 “This was a great project to work on; the client was pleased and has reported a great increase in visitors, as well as a favourable reaction from the local community.”

The project has also been recognised with a number of awards, Norfolk Association of Architects (NAA) 2016 Craftsmanship and Design Awards, where “The Abbey Experience” not only scooped a Craftsmanship Award for an outstanding level of craftsmanship, but was also awarded the President’s Award for Craftsmanship. It also won the National Churches and EASA Presidents’ Award, South Norfolk Design Awards, and has been shortlisted for the Civic Trust, RICS East and RIBA East Awards.

Wymondham Abbey has a long and illustrious history, beginning in 1107, when William d’Aubigny founded a Benedictine monastery as a ‘daughter house’ of the great St Alban’s Abbey.

The church was a grand stone structure used by the small community of monks and also by the parishioners of the town.

This arrangement caused frequent disputes, and in 1249 the Pope ruled that the church should be clearly divided. The eastern half was to be used by the monks, the western half became the town’s parish church.

Over the centuries, the church saw many changes. New towers were built, the nave was raised with a magnificent angel roof, and the parish church was enlarged with a wide north aisle in Gothic style.

In 1448, the priory became an independent abbey, one of the richest in Norfolk. But when King Henry VIII became head of the English church, he closed all monasteries and the monastic part of the church was taken down, leaving only the parish church.

Significant changes since then include the enlarging of the south aisle in the 1540s, the installation of the great organ in 1793 and the addition of Sir Ninian Comper’s gilded altar screen as a First World War memorial.