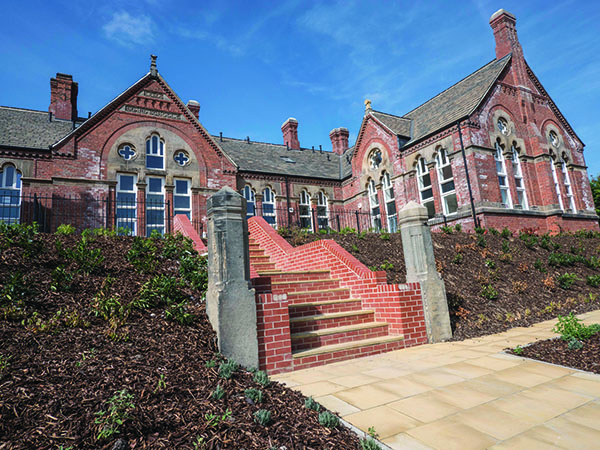 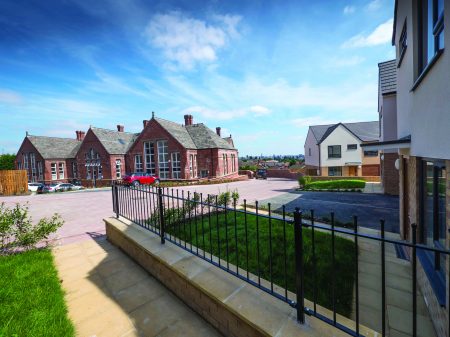 Greenhill Fold is a £10 million housing development in Leeds that saw the conversion of a Grade II listed former school into 13, two and three-bedroom loft style houses. In addition, 36 new-build family homes have been built on what were formerly the Victorian school’s grounds.

The new build properties are a mix of two, three and four bedroom houses and have been eagerly snapped up since going on the market, with their contemporary features and desirable location proving popular with families and young professionals.

The work to convert the school and construct the whole estate was no easy task and required a great deal of planning and communication with the local community. The end result has transformed a previously derelict area into a thriving new community. A collaboration between Advent Developments and Rushbond Group, Greenhill Fold recently received industry recognition with a RICS (Yorkshire and Humber) Award nomination.

The conversion aspect of the project involved bringing back to life a local landmark that had been left unloved for almost ten years. With a number of original features still intact that gave a nod to the building’s previous life, work focused on maintaining this character and personality. With a quirky layout that sees bedrooms on the ground floor and living areas upstairs as well as outdoor terraces, the lofts have excellent views and have proved popular with young professionals.

The new build houses have been designed externally to complement the school building and have a Scandinavian feel to them. All homes have been fitted to a high standard using quality fixtures and fittings that have been chosen to make life for inhabitants a little bit easier. Each boasts an outdoor terrace which enhances the sense of space.

Greenhill Fold has also been developed with eco living at the heart. It has been designed to set an example of how modern living should be. Low voltage and energy lighting can be found in kitchens, living areas and bedrooms while the gas fired central heating boiler is high efficiency. The developers are also currently working with Leeds City Council to improve Cabbage Hill Park, which adjoins Greenhill Fold. 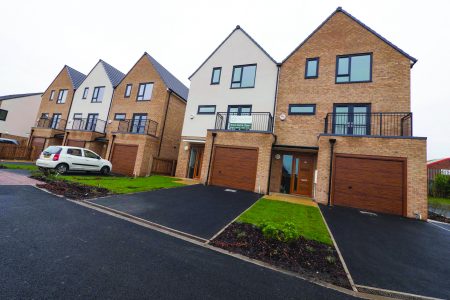 Situated a mile and a half from Leeds City Centre, Greenhill Fold also has easy access to the M62 motorway. It is therefore equally ideal for people working in the city as well as those who commute slightly further to cities like Bradford, Rotherham and Manchester. A number of parks and recreation grounds are located nearby along with a choice of schools and supermarkets.

Leeds as a city continues to transform with a large amount of investment made in the hospitality and retail industries over the last ten years. A number of well-known restaurant brands currently operate in the city centre while the newly opened Victoria Gate shopping complex is one of northern England’s largest retail destinations.

Yorkshire-based Advent Developments has made its reputation creating unique and beautiful homes. It has an impressive portfolio of completed projects alongside a number of new schemes currently under construction.

Rushbond was established in 1986, quickly establishing itself with a reputation for quality and innovation. As demonstrated by Greenhill Fold, Rushbond has a vision to create and invest in distinctive buildings and places with personality and atmosphere.