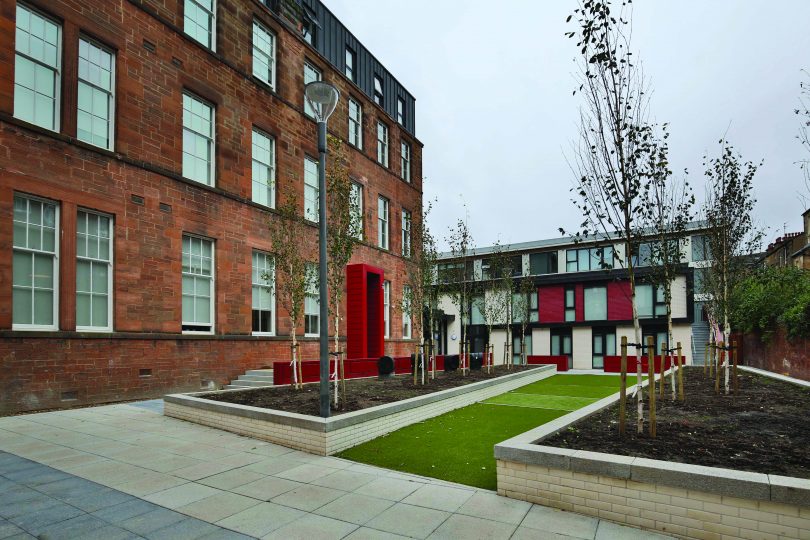 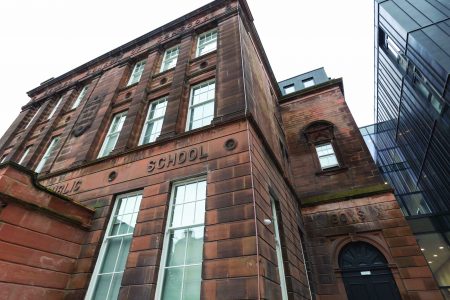 Functional modern living meets turn-of-the century heritage at Willowbank. Focused on sustainability and technology, this next generation of student accommodation will meet the needs of the newest university generation.

The development is located on the site of the former Willowbank Primary School, in the popular West End of Glasgow, close to the University of Glasgow and vibrant student areas of Byres Road and Ashton Lane.

Willowbank has created 178 student apartments through the development of four distinct buildings including the conversion and sensitive renovation of the former Victorian primary school.

Designed by Susan Stephen Architects Ltd for Empiric Student Property plc, the construction work has been undertaken on the development by CCG (Scotland) Ltd.

Speaking to Premier Construction Magazine, Gordon Beaton, Design Director at Susan Stephen Architects said: “There are four individual buildings within the development, including a listed Victorian primary school with a significant amount of heritage attached to it, including a wonderful internal atrium. In addition there are three new build elements.  One was a fairly bold and contemporary addition to the East side of the school, containing accommodation over three and five storeys, mirroring the adjacent tenements.   A low level pavilion structure of one and two storeys forms the main entrance to the development and contains much of the resident’s amenity, including a Gym and Cinema.  Finally, there is an infill building within the existing tenement which forms a gateway to the development from the North.”

The new builds contrast the school’s red stone exterior and have been built with white brick, black zinc and large areas of glazing. A contemporary natural stone façade and slate roof complete the outside face of the development, fronting West Princes Street. 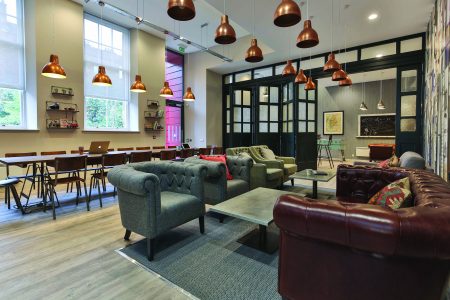 Gordon added: “It is a pretty special development with the Victorian school retained at the heart of the property.  The sensitive renovation of the school building retains the open plan character of the interior. The central atrium space provides a dramatic and dynamic hub for the congregation of students with the upper balconies providing access to spacious accommodation located within the former classrooms. The ground floor accommodates some of the communal facilities bringing life to this central hub space.”

The development has received a considerable amount of positive feedback from those using the facilities: “The response has been hugely positive and the building has been very well received by the staff, the residents and the former teachers from the school who recently visited,” said Gordon.

The project was recently shortlisted for the 2017 RICS Awards in the Residential Category and the Conservation category.

Commenting on the shortlisting, Gordon said: “This shortlisting was one that we valued highly, particularly as the judges were looking beyond the architecture, considering also the social and commercial success of the development. “