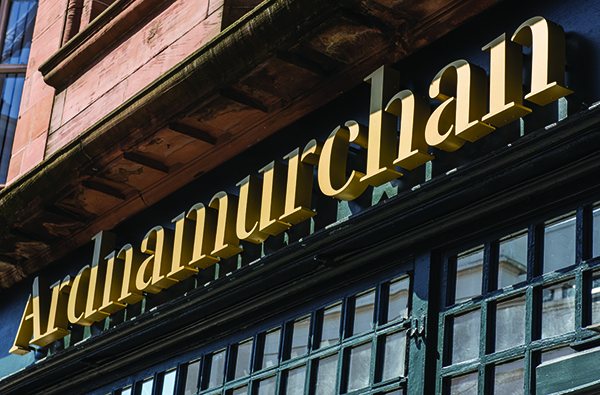 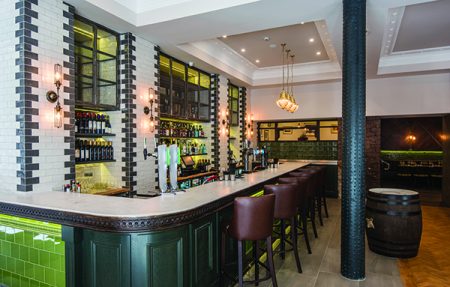 Ardnamurchan, a new bar and restaurant in one of the UK’s most thriving cities, opened to the public in May with the intention of celebrating everything that is great about Scottish food and drink.

Situated on the outskirts of Glasgow city centre, Ardnamurchan is ideally located opposite the Theatre Royal, near Caledonian University and the Royal Conservatoire of Scotland. Formerly a run-down pub, the site has been transformed thanks to a six figure investment from Heineken-owned Star Pubs and Hope Street Lease Ltd.

The new interior has a natural but contemporary feel using exposed brickwork, brown leather, Harris Tweed fabrics and wooden flooring. The restaurant and bar is open plan while a cosy snug is the perfect spot to waste away a few hours with a whisky and a great meal. The lounge is clad in items collected from local salvage yards including sash windows, old shutters, stained glass and old cabinets. The original patina of painted timber shows age and character while windows are backlit and Edison bulbs hang within the installation. Externally, the building has been redecorated and renovated to make it stand out on Hope Street. The new design was created by Glasgow-based Arka Design Studio who have worked on a number of similar projects.

A set menu of 2 courses for £14.95 has been created to specifically target theatre goers before a show. Main course choices include Ardnamurchan Estate braised venison shoulder with gnocchi dumplings and a redcurrant and red wine reduction with mushrooms and cybies.

“Glasgow is the gateway to the West Coast and we felt there was an opportunity to showcase the fantastic quality and range of the food and drink that comes from there as well as further afield in Scotland. It’s early days but customer feedback has been very positive with people telling us they feel Ardnamurchan is brining something different to Glasgow.

“Scotland has some of the best farming and fishing in the world and yet very few restaurants in the city major on Scottish cuisine. We believe it’s time it had more prominence.

“The North end of Hope Street used to be one of Glasgow’s main entertainment areas but has been overlooked in recent years, we want to bring back some of its sparkle.

“This is the first leased pub that Billy and I have been involved with. As independent operators it’s key to us that the venue reflects our vision. Star has fully supported our plans and we’ve been delighted by the flexibility and autonomy that we have been given to undertake the work including using our own designers and builders.”

“The great strength of the leased pub model is the freedom it gives independent operators to put their own stamp on a business. Ardnamurchan is no exception. It’s been a partnership combining significant funding from Star and the vision of Neil and Billy. Their design is stunning and the quality they’ve achieved – from the interior finish to the food – is phenomenal.

“We believe in working flexibility with our licensees. We’re pleased that two such talented and well-established Glasgow operators are joining forces with us to bring new life to such a great building. Their plans are superb and Ardnamurchan will be a very distinctive addition to Glasgow’s thriving pub and bar scene.” 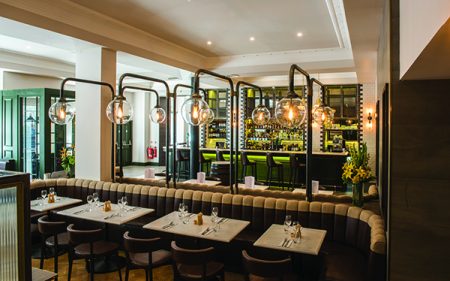 Pro Concept specialise in interior fit outs and complete refurbishments, working hand-in-hand with owners and designers to deliver every exacting detail. The company has been in operation for three years and within this time has worked for blue chip clients such as Marriot and Heineken, as well as respected and established independent clients from the length and breadth of the UK.

Most recently, Pro Concept were involved with Ardnamurchan, working closely with the designers, ARKA to deliver a superb looking restaurant. Attention to both the quality of finish and budget were key requirements and Pro Concept was delighted to deliver on both counts.

“We pride ourselves on going above and beyond for our clients, to allow them to realise the full potential of their asset. We realise how important the look and feel is and our innate ability to help create the finish with our eyes firmly focused on costs has allowed our reputation to flourish.”