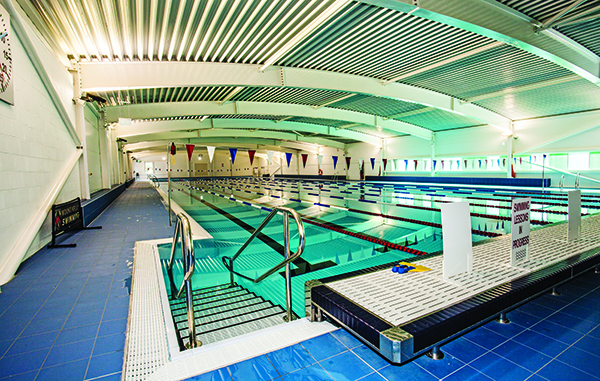 A project to create a state-of-the-art, Olympic-sized swimming pool has now received industry recognition after a successful night at the recent LABC South West Awards. The Mount Kelly College Olympic Legacy pool won in the ‘Best Large Commercial Project’ category as well as being highly commended in the Best Inclusive Building category.

Designed by Mitchell Architects and built by Devon Contractors, the new pool has transformed training for young swimmers and is a fantastic facility for the local community to use. Mount Kelly School itself has a long history of swimming excellence. After a year of construction the pool received a royal seal of approval in January 2017 when it was officially opened by HRH the Princess Royal.

The pool is one of a number of Olympic Legacy pools around the country built after the London 2012 games and benefited from a grant from Sport England.

Cath Atkins, Associate at Mitchell Architects, spoke to Premier Construction about the project and its recent award success:

“We first became involved with the project in 2011 when the school were looking for some help bidding for one of the Olympic Legacy swimming pools. They already had a 25 metre pool on site but wanted a 50 metre one to help develop their elite swimming programme.

“In addition to the pool, changing facilities, car parking and office and reception facilities have been built. It was quite a straightforward site and build. Apart from the usual day to day issues, I think the main challenge was fitting the M&E.” 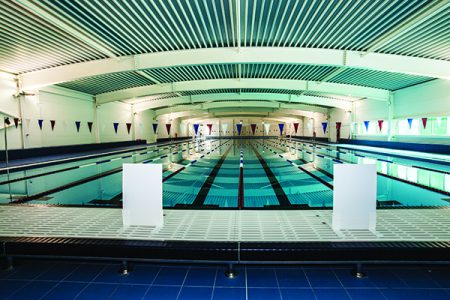 Since opening, the pool has already proved to be a huge hit, for both the casual swimmer and those looking to further their talents. Reflecting on this and the recent industry recognition for the development, Cath added:

“We’ve had lots of feedback from the school about how delighted they are with the pool. It’s also a great facility for the local people of Tavistock and there is a large membership level.

“It’s very important for us as a firm to be shortlisted and then win these awards. It gives us a greater profile around the area and reinforces the belief in our buildings. We’re really pleased.”

Mitchell Architects have been delivering a chartered architectural service since 1986. The practice has an extensive portfolio across residential, commercial and community projects delivered by a team of highly skilled, motivated and hard working professionals.