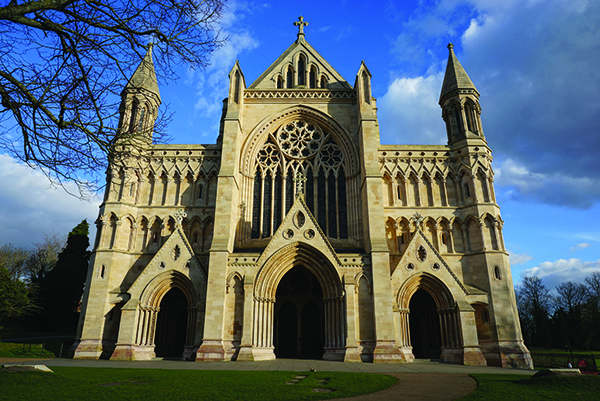 The latest chapter of conservation work to St Albans Cathedral has come to a close, receiving widespread praise from the RIBA in the process. Under the direction of Richard Griffiths, who was appointed Cathedral Architect in 2000, the structure has been subject to a series of projects varying in size and complexity.

Addressing a number of problems, Richard Griffiths’ work has helped secure the continued functionality of the building for years to come.

At the recent RIBA East Awards the collective work was recognised, receiving a RIBA East Award and a RIBA East Conservation Award. Richard Griffiths was also individually honoured with the RIBA East Project Architect of the Year Award. Finally, on a national level St Albans Cathedral was one of only 49 projects to receive a RIBA National Award.

After his appointment in 2000, the first aspect of the cathedral that had to be addressed was the conservation and cleaning of the surviving medieval stonework in the cloister, retrochoir and Lady Chapel. This programme of cleaning and repair only culminated last year with the repair, conservation and relighting of the west porches, and the decoration of the west doors.

The next major work focused on the nave, following the appointment of the Very Reverend Jeffrey John as Dean in 2004. Despite the particular historical significance of this area, the nave was previously one of the most disappointing aspects of the cathedral. Work to transform it included the repair and redecoration of the surviving Norman elevations, the extension of the nave platform and the design of new nave furniture. A new altar, pulpitum and the crystal cross mean that since work was completed the nave is at the heart of major services, concerts and functions that take place.

The processional route for the choir has also been subtly changed to suit the needs of the choir. It now extends through the area below the organ which has been relit to highlight the beauty of its architecture.

Linking the various projects was a desire to improve the accessibility to all parts of the cathedral. With a total of 22 steps between the west of the structure and the east, this was a challenging task. Ultimately, the solution involved the re-levelling of paving in the west porches and the introduction of ramps and platform lifts throughout the length of the abbey. This individual aspect was honoured with a St Albans Civic Society Award in 2010.

Reflecting on the success of the overall works and his time working with the Cathedral, Richard Griffiths commented:

“I thought it would be appropriate, as this will be my last opportunity, to submit the work that has been carried out at the Abbey during my 17 years as Cathedral Architect for the RIBA Awards. Normally awards are given for discrete projects, but I am very pleased that the judges accepted the coherent vision that lay behind the successive projects, that could only be achieved incrementally over years.”

Established in 1993, Richard Griffiths Architects has built a strong reputation for the repair and creative adaption of historic buildings. For more information on St Albans Cathedral please visit stalbanscathedral.org. 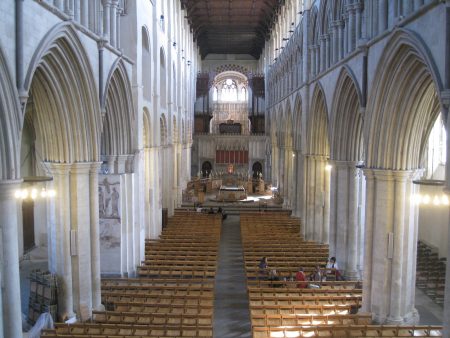 Stonehealth manufactures and market systems and products for the cleaning and removal of unwanted matter from building surfaces. Stonehealth are the only manufacturer of Torc (previously Jos) and Doff systems including ancillary items.

The company commenced operations in the mid-1980s and was incorporated in 1989. Within this time, Stonehealth has been involved with various leading architects and surveyors, working on prestigious projects that include Westminster Abbey, Blenheim Palace, Chatsworth House, Oxford and Cambridge colleges, Royal Palaces, Harrods, St. Pancras and Paddington Station, Palace of Westminster, as well as many cathedrals including Canterbury, Salisbury, Exeter, Peterborough, Norwich, Bury St. Edmunds, Truro and more.

“We first carry out tests and report on the results before handing the actual contractual work over to the appointed contractor. We do not carry out contractual work ourselves, but we train contractors and their personnel, as well as monitor the work of those who are on the Stonehealth Rosette Approved List.

“All projects, particularly those of a notable historic nature, are treated with utmost care and sensitivity. We are always willing to support all those involved with the ongoing work and take pride in seeing the satisfactory completion of all the work that we and our products and systems have been involved in.”

“We do not sell just for the sake of gaining an order as we always wish to first confirm and verify that the system or product is appropriate for each project.” 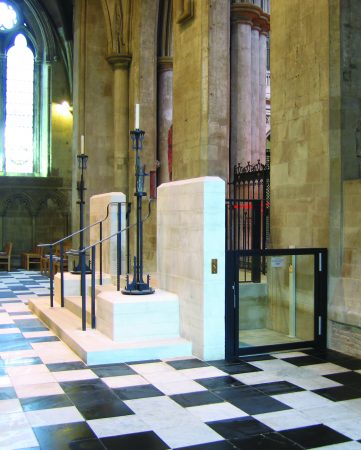