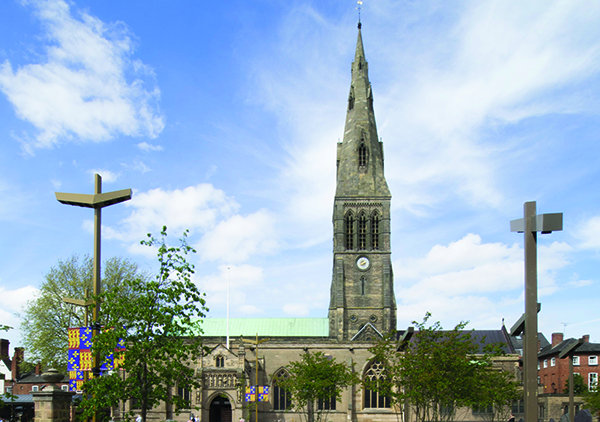 The team at vHH (van Heyningen and Haward) Architects are delighted to have won three RIBA East Midlands awards at the recent RIBA Awards ceremony, including Building of the Year and Project Architect of the Year for vHH Partner James McCosh, as well as National RIBA Award.

vHH Architects were initially appointed in 2008 to carry out a feasibility study development plan for the Grade II* listed cathedral and its precinct. Following its completion, vHH were asked to do further work on the cathedral interior, establishing a master plan for the cathedral’s reordering.

The discovery of Richard III’s remains and vHH Architects’ subsequent commission to design his tomb involved reconsideration of the detailed proposals within the overall master plan. The fundamental objective of this phase was to make the crossing part of the main body of the cathedral by removing and relocating the twentieth century joinery screens and seats, and relocating the Sanctuary to the open crossing. vHH designed a new high altar which is now at the heart of worship and everyone’s experience of the cathedral.

The reconfiguration of the chancel also forms the Ambulatory, the setting for Richard III’s memorial, and the new Chapel of Christ the King. The re-interment and Richard III and the opening of the building took place at the end of March 2015.

In 2016, the practice were awarded the contract to design and deliver phase II of the cathedral works – Leicester Cathedral Revealed. The three year project aims to complete the reordering of the cathedral, building on vHH Architects’ earlier Master Plan. It will create a new cathedral heritage centre, reorder the nave and aisles, and converse the internal and external fabric. 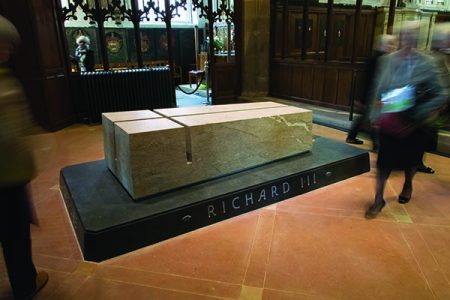 NoiseBoys Technologies Ltd specialise in creative audio and lighting in various venues. NoiseBoys was set up in 2009 by two friends who spotted a widening gap between technology and the people who had to use it day-to-day, especially in the house of worship environment.

NoiseBoys have an impressive portfolio of projects, having worked with everyone from Doc Martens shoes to cruise ships to skate parks, however by far the majority of their work to date has been in churches and cathedrals.

“As soon as we heard about the tender process for Leicester Cathedral we wanted to be a part of the project, and that was before anyone had even mentioned Richard the Third! The existing sound system in the cathedral was on its last legs, a typical church sound system story of many generations of additions piled on top of one another, and only one person who knew how it all hung together. We stripped out all of the old and provided a whole new system, including state-of-the-art speakers that can digitally point the sound only where it is required. It’s a very complex system, but the complexities are all hidden in the background; the everyday users presented by a custom-programmed touch screen that is very simple to use.”

“The project was a very interesting challenge to start with, but when it was decided that Richard III was to be reinterred in the Cathedral it became a whole other, once-in-a-lifetime thing. Working with a fantastic team we not only delivered what has become an award-winning installation, but also had the privilege of working on the week of events surrounding RIII, which was broadcast live on C4.

“We are very proud of what we achieved at the cathedral, hiding around 4km of cabling within the building and delivering easy-to-use, great sound. We love the challenges of working in historic buildings, and look forward to more of the same in the future.” 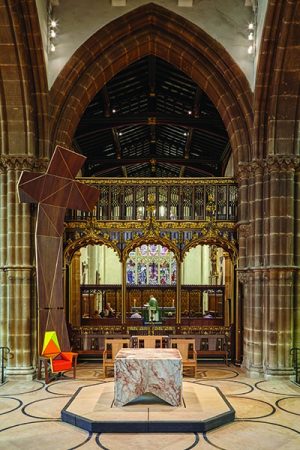