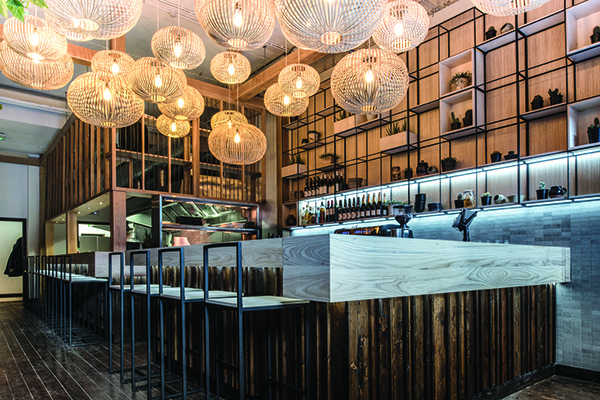 Terry Design is a group of designers, skilled craftsmen, makers, fitters and managers who create and manufacture custom designs, specialising in commercial and residential premises. A family run company built on the value of integrity and care, Terry Design is run by brothers Terry and Ross McDonagh from Northern Ireland.

Terry Design has worked on numerous projects in its 120 year history and more recently worked on the design of Yügo – a new, vibrant dining experience in the heart of Belfast City Centre.

The designer on the project was Jessica Coulter from Terry Design who commented: “The concept draws influence from traditional Japanese design aesthetic focusing on natural materials and straightforward construction.

“The Wabi Sabi philosophy of appreciating the simple natural beauty in raw materials was a big driving factor in the design. For this reason a palette of ash, oak and reclaimed timber, raw streel, concrete and aged brick were selected. The materials went through minimal finishing processes, some were rough in texture and tactile to touch. A minimal approach to decoration was taken using hanging succulents, cacti and aloe Vera to bring the beauty of nature indoors.

“The aim was to create an experience which moves in a different direction from the traditional oriental dining available in Belfast. The theatrical open plan kitchen is intended to evoke the atmosphere of an authentic street food experience involving customers in the cooking process.” 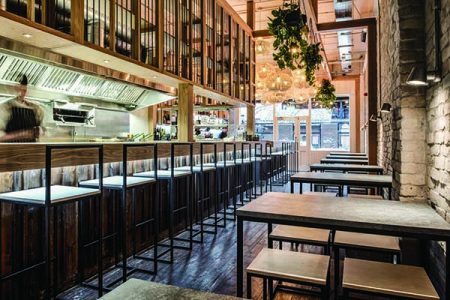 Described as a contemporary eatery in Belfast, Yügo places diners and chefs close together by incorporating the bar space and kitchen space as one.

Director of Terry Design, Terry McDonagh told Premier Hospitality: “The owner wanted the kitchen out in the space but we were restricted by the area and we didn’t have the room. The philosophy was that he wanted the Chef out cooking in front of everyone so there is a bar where you can get food and a drink but you are actually sitting at the bar at the kitchen. People love that and actually, the Chefs love it as well and love that interaction with the customers.”

The project has since been shortlisted for a Restaurant & Bar Design Award 2017.

Commenting on the project’s success, Terry said: “We’ll have to see how we get on at the Restaurant & Bar Design Awards but we are pleased with the recognition. The project did win the ‘Best Newcomer’ award at the Northern Ireland Restaurant Awards and was put forward for the All Ireland Awards. We are very pleased that it has been recognised.”

Terry Design also recently completed the design and fit out of coffee shop Root and Branch in Belfast. Root and Branch combine art, science; care and attention to create something beautiful for not only customers in Belfast but those further afield.

Work began on Root and Branch in April 2017.

Terry commented: “There are a lot of coffee shops that have gone down the industrial design route so they wanted to go a bit smarter and more Copenhagen. There is more of a clean and sharp influence rather than a heavy industrial feel.” 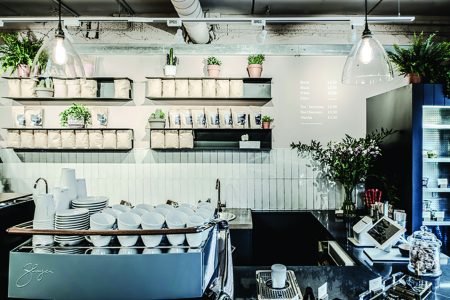 As well as working on numerous hospitality projects, Terry Design also recently completed work at the Ormeau Baths in Belfast.

“The Ormeau Baths was the original site where people in Belfast went to get washed and was later a swimming pool. It is very historic of the time of work houses and when people had no places to get washed,” said Terry. “There are four investors from Northern Ireland who have invested in taking this space and making it a co-working space. The space has just opened and was the perfect project. It was very exciting for us to do the design and fit out on that.”

Terry Design work with their clients every step of the way and help clients realise their idea, find the perfect expression of their brand, create designs that will inspire and help to implement every aspect of the design to meet your needs and specifications. Terry Design fit out the space with acute attention to detail and a talent for innovative solutions to any challenge that arises during the process.

Terry concluded: “We do the complete thing – we design, make and fit and I think the most interesting thing is that we get to meet the client, do the design and work through that process and then carry that through the making and fitting. We are client focused and believe that we must focus on the client but must also have fun. We try to put a lot of effort in and make it as enjoyable for the client as possible. We tend to do whatever it takes to get the project over the line and finished no matter what. I suppose everyone can say that but that element of customer service, being nice people and doing what we say we’re going to do is in our mantra.” 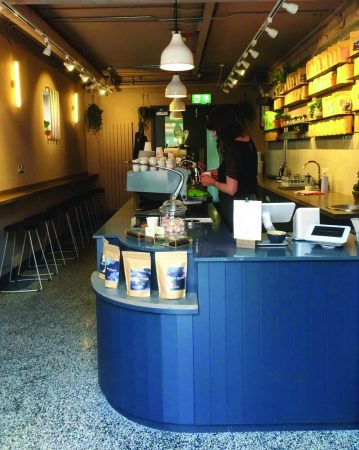