Berry Bros. & Rudd is Britain’s oldest wine and spirit merchant, having traded from the same premises since 1698. The company has long had a high standing in London but like many similar brands has recently undertaken a major relocation and renovation project to improve its customer retail experience.

In May of this year, Berry Bros. & Rudd opened a new flagship store at 63 Pall Mall, just round the corner from their historic home at No. 3 St James’s Street. The listed premises put limitations on the development opportunities for No.3 St James’s Street. The new store, designed by Mowat & Company, is a stark contrast to its predecessor and enables customers to benefit from a shop dedicated and designed to meet changing retail needs, combining exceptional service with an expertly curated range and inspiring design.

Speaking to Premier Retail Alex Mowat, Founding Director at Mowat & Company, gave an overview of the thought process behind the store design and how it now blends centuries of tradition with some more contemporary features:

“This flagship store is a bit different to the other buildings because this part of the project is really about making the brand more accessible.

“This is very much about the other end where you have the same level of service and expertise but having more of a bottle shop that effectively allows you to walk and buy a couple of bottles more casually.” 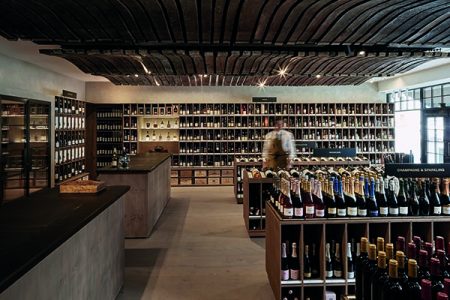 Due to the prestigious location and the planning constraints that traditionally accompany such a site, the project took nearly a year in total to complete. The new store is 120m2 across one floor, supplemented by an intricate network of cellars. Alex continued:

“The brief was that the store be a contemporary version of the historic Berry Bros aesthetic. They didn’t want a pastiche, a fake four hundred year old interior but they also didn’t want it to feel completely new and alien. Their Creative Director said you should be able to blindfold someone in the old shop, walk them across to the new one, take off the blindfold and they would instantly recognise they were in a new and improved Berry Bros. & Rudd.

“We did a major analysis of the old shop front and interior, looking at all the features that were characteristic of those spaces. We then translated them into more contemporary and more accessible versions. Everything from paint colours to the direction of floorboards was taken into account. We even had a bell produced by the Whitechapel Foundry that sounds exactly like the original bell at No.3. We worked with graphic designers Pentagram for the signage and lettering within the store.”

A quirky feature that makes a nod to the old store can be seen on the ceiling. The old store had a very uneven wooden floor but obviously being in a new build this wasn’t the case in the new store. Alex and his team worked with old wine barrels on the ceiling to try and create a similar effect, only this time customers have to look up to view it.

Since opening, the new shop has already been very well received by customers who have been attracted by the welcoming feel. This early success is a testament to the teamwork that went into the project between Berry Bros. & Rudd Creative Director Geordie Willis, Mowat & Company and great consultants, craftsmen and suppliers. Alex added:

“Feedback from customers has been tremendous so far, with people who were previously intimated to go in now much happier. People who previously didn’t think Berry Bros. & Rudd was a brand for them are now coming into the shop and enjoying what it has to offer.

“Finishing this flagship project is hugely rewarding because it’s a real masterclass in teamwork. In British history, this is the country’s oldest wine merchant. This was a big step forward, doubling the amount of wines that they are putting in front of customers and it was great to be involved in this next chapter for the business and helping them re-establish their place in the world for years to come.”

For more information on the store, please visit mowatandco.com/berry-bros-and-rudd-shop. 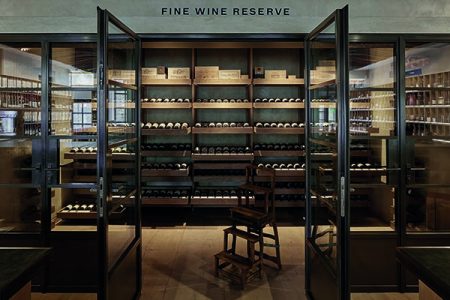 Most recently, Secco Sistemi has been involved in the Berry Bros & Rudd St James St project, providing the material for the site’s fine wine room bronze door. The door was fabricated by one of Secco Sistemi’s most experienced approved fabricators.

“It was important to be involved in this project as, like Berry Bros & Rudd, Secco are synonymous with providing the highest quality products in our sector (glazing) so we like to be associated with clients at the top of their respective fields.”

“Secco is one of the most innovative companies in the steel and bronze glazing sector and the one with the largest choice of materials and technical solutions – this is something we’re very proud of.”