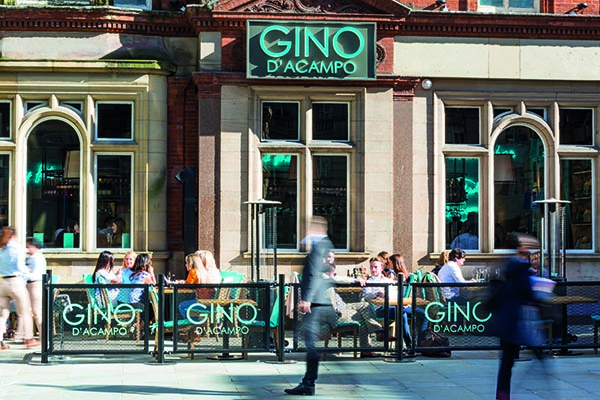 Charismatic chef Gino D’Acampo continues to grow his impressive portfolio of restaurants with two new openings in Liverpool and Harrogate. Both are under his ‘My Restaurants’ brand and are welcoming their first customers in time for the summer.

The Harrogate restaurant opened at the end of June while work on the Liverpool site was completed a few weeks later in time for a July 20th opening. The first Gino D’Acampo My Restaurant opened in Corn Exchange, Manchester late December 2015, the second opened its doors in Euston Station, London in February 2016 and the third launched on Park Row, in Leeds just before Christmas 2016.

The new Liverpool restaurant is located on the corner of Dale and Castle Street in the Grade II listed former HSBC bank building. The building has a bold façade that makes the restaurant stand out in a prominent area for high-quality cuisine. Open all day, it serves breakfast, lunch and dinner until late.

Gino recently completed a national tour called Gino’s Italian Escape, performing 18 dates across the country. During his performance at Liverpool’s Philharmonic Hall he spoke of his love for the famous city and his desire to have the restaurant open on his birthday.

Internally, the design follows themes that have been established and built upon at the previous restaurants. As you would expect it has a distinct Italian feel through the use of white marble, washed woods and green leather.

The restaurant is also fitted out with a games room and a prosecco bar. The games room takes advantage of the old vaults used by the banks and is complete with snooker tables, old school arcade games and table football. The prosecco bar overlooks the main restaurant and will be available for private parties.

Food at the restaurant reflects the soul and character of Italy’s diverse regions and expresses the passion Gino has for his homeland. The menu is dedicated to his late father, Ciro D’Acampo and uses the best, well sourced, seasonal ingredients to make sure that every dish reflects a real taste of Italy. The menus are packed full of favourites from his books and TV programmes, with uncompromising attention to detail assured in every recipe.

Gino, who is currently working on his fourteenth cook book, first made his move into the eating out market with the launch of Gino D’Acampo My Pasta Bar in central London, then moving into restaurants after teaming up with friend & business partner Steven Walker, founder of Individual Restaurants. 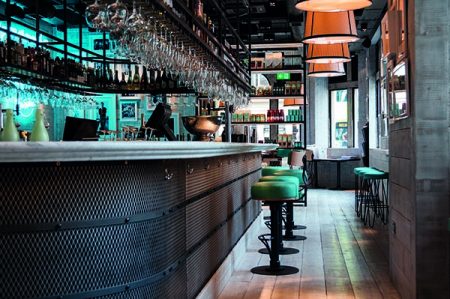 Away from his restaurants, Gino’s popularity continues to go from strength to strength with his rating busting TV series, Gino’s Italian Escape, now into its fourth series, with filming for a fifth series commencing in June.

A firm fixture on daytime television, he regularly appears on ITV’s This Morning and other primetime shows including Celebrity Juice, alongside close friend Leigh Francis, better known to fans as Keith Lemon.

The openings in Liverpool and Harrogate follow the hugely successful launches of his restaurant brand in Manchester, London’s Euston station and Leeds, with the chef planning to open more of his pasta bars as well as his restaurants in major cities and travel hubs, both in the UK and internationally. His other venture, Gino D’Acampo – My Pasta Bar, was launched in 2013 serving a variety of Italian favourites to eat in or takeaway. Three central London locations are currently operating, at Fleet Street, Leadenhall Market and Bishopsgate.

In addition, Walker and his partners also invest in and provide services to, other leading UK restaurant companies which are also often frequented by celebrities, well known sports and TV stars, those brands include Gino D’Acampo My Pasta Bar & Gino D’Acampo My Restaurant.

More recently, Gino announced a partnership between Individual Restaurants and fashion retail brand Next to open restaurants in Next stores. The restaurants will feature an open kitchen, deli bar, book and grocery store and a prosecco bar. 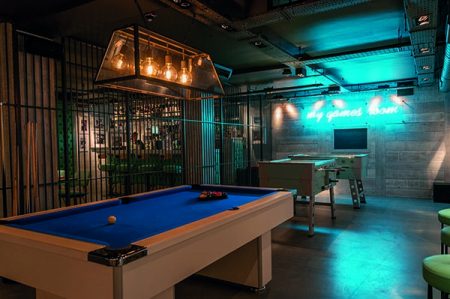 OSS Security Specialists specialise in the installation and maintenance of CCTV, Monitored Intruder Alarms and Door Access Systems throughout the UK. Located in Liverpool and having been in operation since 1981, the company has worked for Arriva, the Ministry of Defence, Premier League Football Clubs and high end domestic homes.

More recently the company has worked on Gino’s Liverpool, with more restaurants to follow. On the project, like all the other sites, the company were responsible for designing, installing and maintaining the Monitored Intruder Alarm and CCTV system.

“We seem to have found ourselves a niche in the restaurant industry, as we now provide the security systems for other restaurant chains too!”

“We think winning jobs is the easy bit and after sales is the most challenging. We work extremely hard at managing customers’ expectations, while making sure that all of our staff go that extra mile, so our clients know they get value for money.” 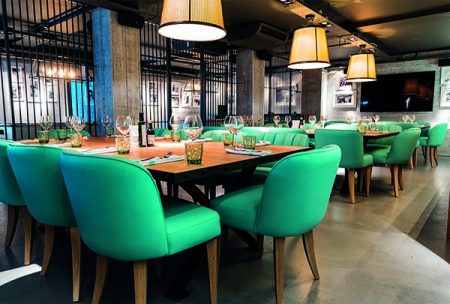 Morinox is a restaurant and bar solutions specialist, designing bespoke kitchen and bar layouts for commercial projects within the hospitality industry. The company oversees a complete kitchen and bar installation and takes projects from planning right through to completion and after sales care.

Morinox is a fresh thinking and innovative company that keeps up-to-date with all the latest developments within a fast moving environment, ensuring the perfect service is offered every time. The Morinox team has more than twelve years’ experience in the catering industry and has worked on numerous projects for Gino D’Campo, as well as a number of nationwide restaurant chains and independent customers.

“As with all of our projects, we were involved with Gino’s Liverpool from the first planning meeting, taking the project through to the final handover. Our relationship continues through servicing and maintaining equipment, ensuring the client remains happy throughout the entire process.”

“At Morinox, we are proud to work with such a high-end name, as we reach our 5th year in business we look forward to our continued growth providing quality service and advice with existing and new customers.”