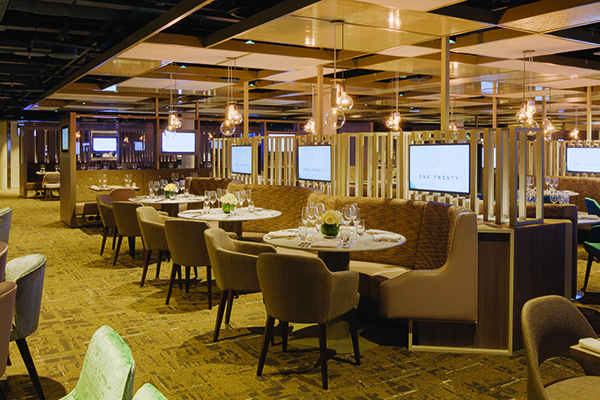 The One Twenty Club is the most prestigious members club in Wembley’s history – a new hallmark in football hospitality where you can expect service and experiences like no other.

Providing hospitality for just 120 select members and their guests, One Twenty is setting a new standard in hospitality, with unparalleled service, seats and experience at England’s national stadium, Wembley Stadium connected by EE.

Having launched earlier this year, the ultra-exclusive new club is proving to be just the ticket for football fans who want an opportunity to be part of a new era for hospitality at Wembley. The luxurious private member’s club is essentially English and uniquely Wembley. Drawing on the English sense of pride and humour, One Twenty’s exclusive lounge, bar and dining area has been designed to deliver home comforts and a sense of sporting history within a sumptuous environment.

Work on One Twenty was undertaken by Portview Fit-Out and Wembley’s design team, KSS.

Speaking to Premier Hospitality magazine about the project, Portview Fit-Out Director Simon Campbell said: “The design is a very high end, luxurious hospitality space that has a number of different areas. The space was an existing hospitality area but I think that now the stadium is about 15 years old, I think the client, given it is a premier stadium for the country’s premier sport, wanted to make it the premier space for hospitality and I think we have achieved that.”

Designer details and stylish touches have created a distinctive venue comparable to the best members clubs in London.

Simon added: “I think one of the standout features is the very detailed and complex ceiling raft across the dining area, which we believe could be the largest in Europe. It was a very intricate piece that had to be engineered and designed to fit around existing columns. I think the level of detail and thought that has gone into the whole project is exceptional.”

Members can enjoy spectacular four-course meals from leading chef Mark Reynolds served in the private restaurant overlooking the pitch, whilst Champagne House Laurent-Perrier will serve their full range of champagnes in the bar.

Head of Club Wembley, Nick Read, said: “One Twenty is a fantastic new concept for Wembley. We wanted to redefine the match day experience and create one of the leading hospitality spaces in London. The significant sales of One Twenty demonstrate the appeal of this most exclusive of private members clubs.”

One Twenty members are guaranteed the premium seats at the best fixtures in the sporting calendar, including The Emirates FA Cup Semi-Finals and Finals and all England Senior Men’s Home Internationals. Priority access is also available to extra Wembley events to see the biggest names in sport, music and entertainment, including some events no longer on public sale.

Simon said: “Feedback has been good. There was a test event run recently and everybody who was there used ‘wow’ to describe the space and equally, there has been a lot on social media so people who have paid to be members of the club have commented on how impressive it is as a space.”

As part of Club Wembley’s Connections programme, One Twenty members can also enjoy money-can’t-buy experiences beyond 90minutes, such as memorable dinners with FA Cup Legends and the incredible opportunity to play football on Wembley’s hallowed turf. Networking opportunities continue outside of football through membership to Club Wembley’s partner private members club, the exclusive Home House in Marylebone.

Simon concluded: “For us, it is hugely pleasing to be involved in what could be seen as the premier space in stadium hospitality and it adds to our growing portfolio of such projects, which I think firmly places us as the go-to contractor for high-end stadium fit outs.”

For more information about One Twenty and Club Wembley call 0800 783 1440 or visit www.clubwembley.com. 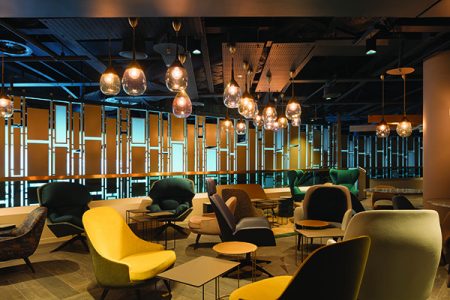 Portview is a multi-award winning fit-out specialist, that manages interior projects for some of the world’s most prestigious brands. The company has been in operation for more than 40 years and within this time has built an excellent reputation within the industry.

From the outset, Portview engaged in extensive consultation with Club Wembley and KSS to develop the design and deliver a space that takes the traditional hospitality experience to a new level. The finished space is a bespoke club that has been tailored for select members to celebrate the best of ‘English’ in one of the most extraordinary stadiums in the world.

One Twenty is ‘one of a kind’ and has been exquisitely tailored to provide an offer unseen in sport. It is a completely new concept with custom-made joinery and bespoke lighting to deliver an experience that has never been seen before in the next era of luxury and exclusivity.

“Client experience is at the heart of everything we do and at Portview we can do everything. Thanks to this, we have evolved into an internationally recognised fit-out specialist that has successfully completed works for world renowned brands in London, New York, Karachi, and Paris.”

“Our steadfast belief is that a client should never compromise on their creative vision. That’s why we employ the best professionals in the business to make the seemingly impossible, entirely achievable. For this reason, clients view Portview as an indispensable part of their team and return time and time again for subsequent works, resulting in a repeat business rate of 83%.” 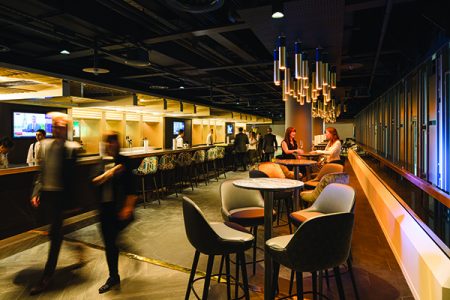