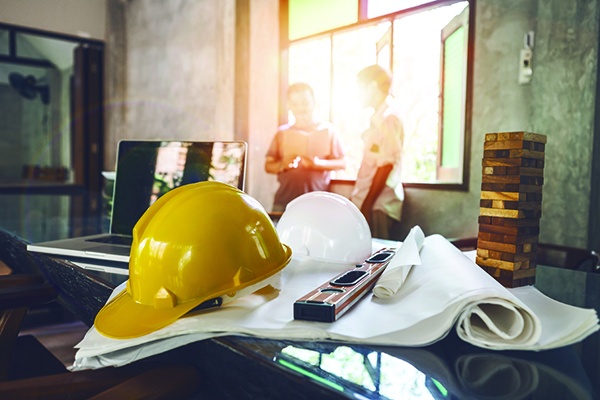 Highgate Court is a new Bellway Homes development of 1, 2 and 3-bedroom apartments and a luxury 5-bedroom townhouse in the trendy hilltop village of Highgate. With stunning panoramic views out across the London skyline, Highgate Court apartments have been built to a high quality with luxury features.

The scheme, which was built on the site of a former police station and magistrate’s court, is 6 storeys at its highest point and took two years to complete. It was recently recognised with a NHBC Pride in the Job Award for site manager Elie Sawaya. He commented:

“It is effectively a block of flats broken down between three connected buildings plus a fourth separate one. In total it is 82 apartments and the buildings are between four and six storeys. In addition to that, one of the planning requirements was that an existing vicarage would be knocked down and rebuilt. The main challenge on the project was the site because logistically there was little room to work with.

“I have won a number of NHBC Pride in the Job Awards previously. If you have pride in your job then you want to show that. It’s great to have won again because it means the work has been appreciated by other people.”

Each apartment has been built to a high specification as standard, with contemporary fitted kitchens, appliances and high quality flooring throughout. The five bedroom, three storey townhouse at Highgate Court is similarly notable with its own private garden, two decked terrace area, family games room and separate living area.

Despite its proximity to the capital, Highgate offers a more relaxed lifestyle and it has long been considered one of London’s most charming villages. Highgate boasts access to a number of open spaces, including Hampstead Heath and Waterlow Park. Access to high end food and drink is equally abundant, with a range of traditional cosy pubs, well known chains and trendy independent restaurants all within a short distance. Excellent transport links mean a trip into the city is little hassle through tubes services via the Northern Line from Highgate station.

Since its formation, Bellway has built and sold over 100,000 homes and is one of Britain’s most successful house builders. From humble beginnings it has become a multi-million pound company employing over 2,000 people directly.