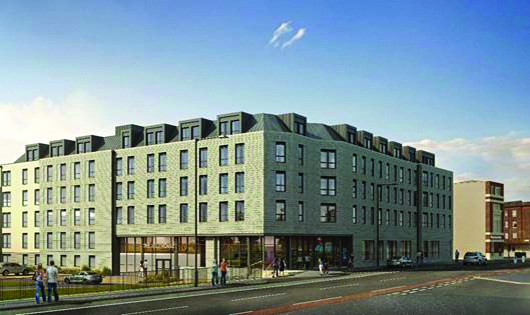 A £20 million investment has seen a further 257 purpose-built student rooms provided on Gorgie Road, Edinburgh. The site is situated en-route to the city centre and boasts a central location to four of the surrounding universities.

Maven Capital Partners has overseen the investment on behalf of an Asia-based investment fund manager, IP Investment Management. The site adds 92,000 square feet to accommodate the city’s growing student population in a mix of cluster flats and studios, completed in 2017 ahead of the new academic year.

The accommodation includes a range of high-end features such as a gym, TV and games room as well as private study areas. Investment Director for Maven Capital Partners Colin Anderson, recently told Premier Construction about the project.

He said: “There has been a shortfall in student development in the UK and particularly in Scotland. The fact that the property was sold out ahead of students moving in and that there is now a waiting list is testament to this. The city of Edinburgh has over 50,000 students across the four city universities. We know that some of the students will commute whilst others will need accommodation, whether this is provided by the university or the private market.

“For us this was an opportunity to help deliver top quality accommodation to the student market. It is a perfect location for students in particular those who will be attending Edinburgh Napier University and Heriot-Watt to the west of the city.

“As a result I think it should help, in a small way to relieve some of the pressure on the local community, for example; new families and first time buyers should begin to find it easier to get onto the housing market.

“We’ve improved the landscape of the area too. The land previously housed demolition vehicles, so this has removed an eyesore.”

“30 of the rooms are studios while the majority are cluster flats. In the cluster flats there are communal rooms such as a kitchen-diner.  All rooms have en-suite bathrooms.

“With this project, we had our heart set on not just erecting a building, but creating a community where students can live, work and study and socialise.” 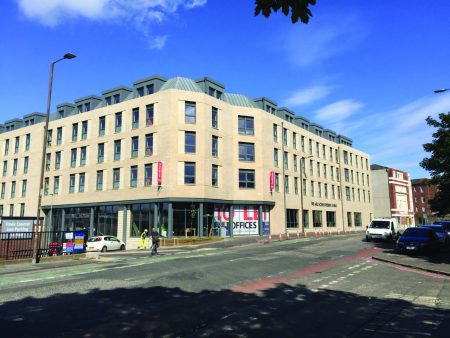