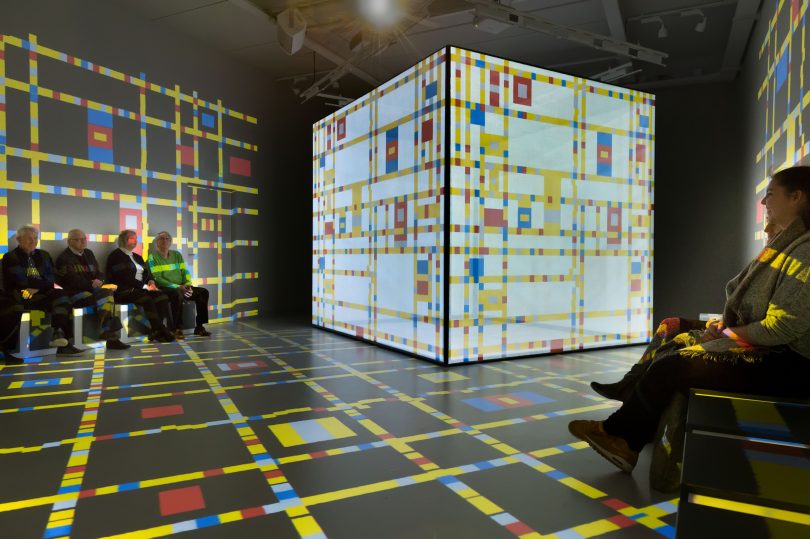 On the 100th anniversary of the De Stijl arts movement, The Mondriaanhuis in Amersfoort has been renovated to embrace the abstract art pioneered by Piet Mondrian. The exhibition space takes visitors on an artistic journey through Mondrian’s life whilst showcasing some of his most iconic work.

The exhibition space offers everyday visitors the opportunity to look through the eyes of the artist who kept reinventing himself and his work, in the very house the artist was born in on 7th March 1872.

The concept – crafted by Tinker Imagineers – uses multimedia to express the renowned artist’s Oeuvre, in a way that makes the audience feel part of the design. As the visitor progresses through the exhibition, Mondrian’s work evolves and gradually develops helping to paint the bigger picture behind his unique designs.

Mondriaanhuis – now a museum – was rejuvenated in 1994. In 2016, the Tinker Imagineers team assisted the museum in a reorganisation which was fully completed in 2017. The final design takes all of Mondrian’s life influences and merges them into a brilliantly interactive museum. 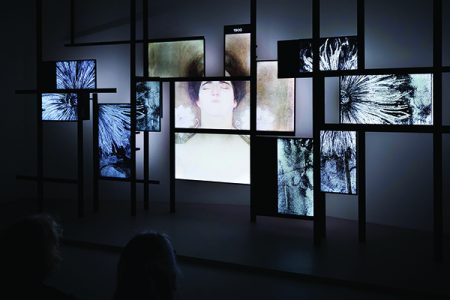 How did you become involved in the project?

This one of the most varied projects from the SBID Awards. Was this part of the brief that you were given?

Petra – “It is quite an unusual project, if we’re talking about Mondrian it’s the De Stijl anniversary this year so there is a lot of these projects in the Netherlands which have lots of artworks by the painter. Unfortunately, there is no original works and so what we had to do was focus on his life’s work, then we had to adopt a multimedia approach.”

Michel – “The house was salvaged by an architect and he made a rebuild as part of the old building which eventually became the museum. We thought ‘why not add in more of the place he lived to create an audio-visual experience?’ This later became the main aim of the project.”

Is there anything abstract about the design of the rest of the building?

Quirine – “Every different room aims to give a different experience, even the café area incorporates the main colours that Mondrian used in his work. This helps us to emphasis the unique aspect of his work.”

What was the biggest challenge for you on the project?

Michel – “Time! The idea was created at some point in 2015, but it wasn’t introduced until late 2016 and the exhibition was open in March 2017. This shows there was quite a steep time frame for designing and executing the project.”

What has the feedback been like from the client?

Petra – “Amazing, but it is also really nice to read the reviews from the visitors. I think they really like the fact we really bring the spirit of his music to life. One of the comments from the Dutch newspapers was that the place ‘comes to life’.”

With regards to the SBID Awards – this project is a finalist in the ‘public space design’ category is that important for you to have this recognition?

Petra – “It’s really important for us, because we have won other awards and we are eager to prove that we are still there and creating good public experiences! It allows shows that the UK also acknowledges us. So it’s important for both the museum and for us.” 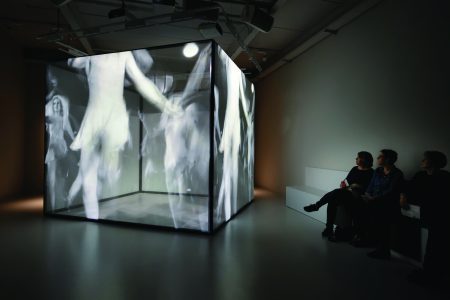