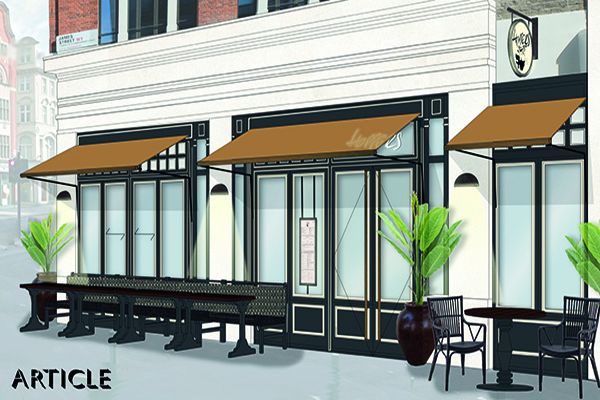 JKS Restaurants has opened its second Hoppers site. The award winning restaurant, inspired by the roadside shacks of Tamil Nadu and Sri Lanka, is located at 77 Wigmore Street, St Christopher’s Place in Marylebone and is offering reservations for lunch and dinner for the first time.

Hoppers St Christopher’s Place follows the runaway success of the inaugural Soho site, and is considerably larger than the original, accommodating 85 guests across two floors with an additional 16 seats available on an outside terrace. 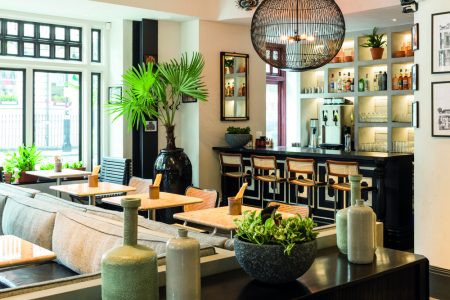 Interiors for Hoppers St Christopher’s Place have been designed by Article Design Studio. Article Design Studio specialise in creating imaginative spaces, as unique as the businesses and thinkers they work with. Founded by Katy Manolescue in July 2015, Article Design Studio was formed with personal client liaison at its heart; the company demonstrates an undeniable flair for an insightful and bespoke design process sensitive to the brief. The studio’s expansive knowledge of manufactures and specialist suppliers results in spaces that are individual and memorable.

Hoppers is a light and airy space with the interiors taking inspiration from Sri Lankan celebrated architect Geoffrey Bawa and his early work on “tropical monochromatic modernism,” breaking down the barrier between inside and outside space.

Sitting alongside the menu will be a new drinks list including cocktails that will take inspiration from the exotic flora, vegetation and fruits of Sri Lanka focusing on Genever and the Sri Lankan spirit, Arrack.

Karam, Sunaina and Jyotin Sethi opened Hoppers in Soho to much critical acclaim in October 2015 with accolades including a five-star review from the Evening Standard’s restaurant critic Fay Maschler. In 2016 they received the BMW Square Meal Restaurant of the Year title and Restaurant of the Year Award at the Tatler Restaurant Awards, rounding off 2016 with a coveted Michelin Bib-Gourmand.

Commenting on the opening of Hoppers St Christopher’s Place, Karam Sethi said: “Following the success of the first Hoppers in Soho in 2015, an increase in travel to Sri Lanka and subsequently the popularity of the country’s food and culture in the capital, opening a second, larger Hoppers site seemed like a natural step. We’re thrilled to expose even more Londoners to the bold flavours of Sri Lanka and Tamil Nadu.” 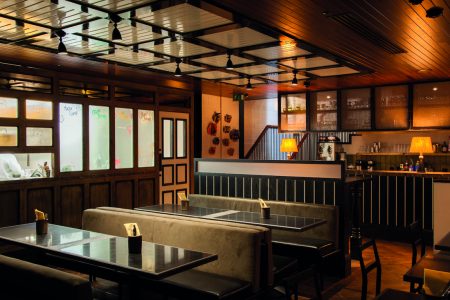