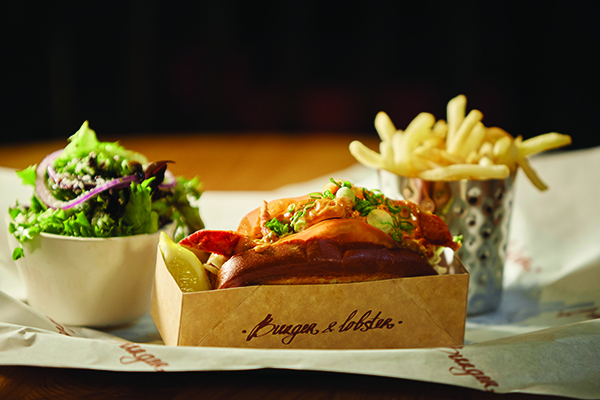 Established in 2011 by four school friends, Burger & Lobster was founded on the idea of going back to culinary basics. Focusing on two main ingredients, Burger & Lobster has proved hugely popular with diners who enjoy the blend of a high quality burger with the luxurious nature of lobster.

From humble beginnings in a small Irish pub in Mayfair, Burger & Lobster now has sites around the globe from New York to Bangkok. The brand’s flagship American location opened in Manhattan in 2014 and was recently joined by a sister site in the Broadway theatre district.

“We have worked with Burger and Lobster since the very beginning, from the launch of their first restaurant in Mayfair in 2011 to the brand’s most recent International debut in Bangkok. Our brief was to tailor the Burger & Lobster model to suit its new locality, ensuring that the new design scheme would appeal to New Yorkers and tourists within the Bryant park neighbourhood.

“We worked closely with the client and US advertising agency Van’s General Store to incorporate the playful essence of the brand into the space.”

The site is located on the first floor of the Stephen Sondheim Theatre featuring a 146 cover restaurant space alongside a dedicated bar area. Open since July of this year, this second Burger & Lobster venue in New York is ideally placed to capitalise on theatre footfall. Reflecting on the restaurant’s design, Andrew continued:

“The space retains the building’s existing façade, which dates back to the early 1900s; allowing the original architecture to blend seamlessly into our contemporary design. On arrival into the restaurant, guests are led through a striking 19m-entrance tunnel decorated with steel lobster cages, soft lighting and abundant planting. 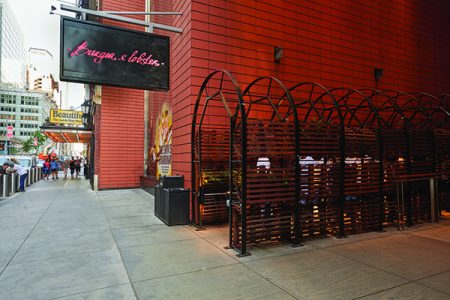 “The lobby space holds a warm and inviting ambience featuring white ceramic tiles, neon signage and the iconic lobster tanks allowing diners to see the ‘the stars of the show’ before heading upstairs into the main restaurant space. A dramatic ceiling sculpture commissioned by local artist Robert Lazarrini takes centre stage in the restaurant space designed to be evocative of the provenance of the brand.”

New design features include elements such as theatrical lighting, bespoke wallpaper and quotes from notable playwrights, which are displayed across bold neon signage helping to evoke the drama and ambience of Broadway.

“We are thrilled to be part of the successful Burger & Lobster story and have loved assisting the brand with their ever-expanding portfolio of restaurants. The second site in New York was a great challenge for us to create a diverse and engaging site, which pays homage to the brand and the true spirit of Broadway.” 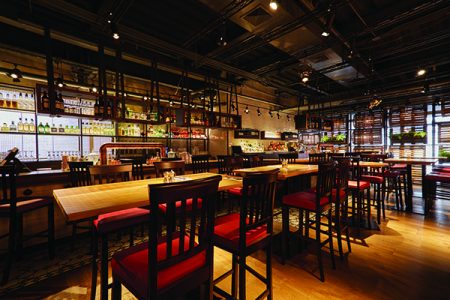 Based in New York City, Streamline USA LLC specialise in custom construction, millwork, high-end finishes and fast-paced schedules. The company has been in operation since 2008, constructing projects within NYC, with a specific focus on hospitality and high end residential construction.

At present, Streamline USA LLC is involved with the construction of Grand Ole Opry in Times Square; Sugarcane at 55 Water Street; and Boqueria. Most recently, Streamline USA was appointed as the general contractor on Burger & Lobster New York, taking responsibility for the entire build.

“It was great to be a part of this project, working with an international brand such as Burger & Lobster and developing custom finishes in the process.”

“At Streamline USA LLC we pride ourselves on our fast-paced schedules and high-end custom finishes.” 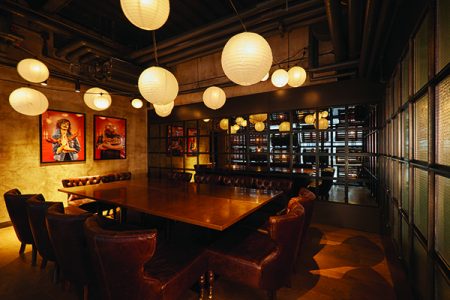