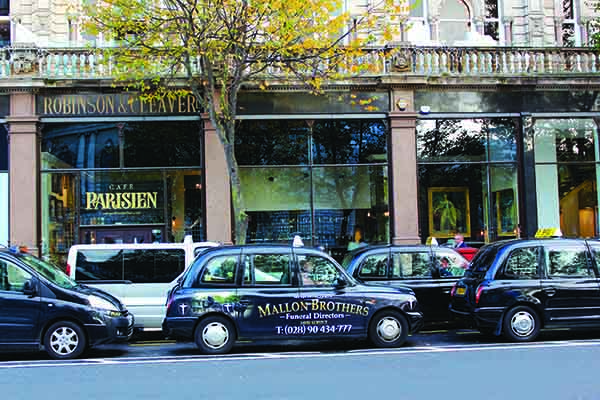 The owners of one of Northern Ireland’s most popular hotspots, Galgorm Resort and Spa, have continued their investment into Belfast City Centre’s hospitality scene. Café Parisien, which opened at the end of September, is a French-style restaurant that is breathing new life into one of the city’s most iconic sites.

Café Parisien is housed at Cleaver House at Donegall Place and has welcomed its first customers after undergoing a major refurbishment programme to convert the space. The restaurant is set over two floors with each providing diners with a sophisticated French experience. The ground floor is home to a classic creperie with seating for 50 covers and an open style kitchen, while the first floor has room for up to 100 seats and offers up a modern twist on classic brasserie dishes for lunch and dinner as well as afternoon tea.

A provision has also been made for private dining alongside a terraced area that boasts generous panoramic views over the city with room for up to 50 covers. The Café Parisien name has been inspired by the cafe on-board the Titanic. The food focuses on traditional quality through affordable dishes under the guidance of new Head Chef Levi Deakin.

The project was part of a £700,000 investment in the site by the Galgorm owners and created approximately 50 jobs. This latest development brings the total spend in the city centre to just under £1.5 million in the last 3 years.

“Our continued investment across Belfast reflects our commitment to the development of the city’s well-established hospitality industry and we believe Café Parisien will go some way to support the growing demand for quality food and drinks in a city which is making a name for itself in terms of tourism. 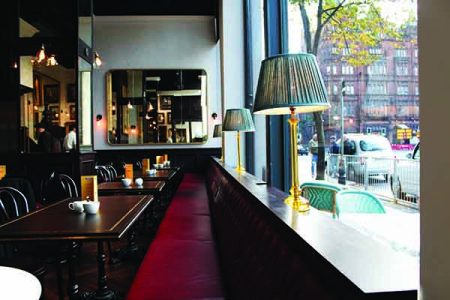 “We have ambitious plans for the venue to utilise its full potential as such a well-known and much-loved building in Belfast’s historic story. Cheahe Rothe, design consultants and Abbey Upholsterers, Specialist Joinery & Fit Out have worked with us on the interior design and architecture which has been carefully-designed to reflect the concept, brand and quality which will drive the Café Parisien name. The new restaurant is superbly-located in one of Belfast’s best loved locations, Donegal Place, which is a major hub for tourists, commuters and shoppers.”

The Café Parisien project is the latest in a long line from the Galgorm Group that involves the transformation of a building that could easily have fallen into disrepair. Building on the success of the award-winning Fratelli Italian restaurant at Galgorm Resort and Spa, the group brought the brand to the city centre in 2014. Taking over one of the city centre’s most prominent sites, Fratelli’s quickly established itself as a must visit location.

Further investment in this site was made earlier this year when a brand new concept called La Taverna open above the popular Fratelli’s. Boasting over 100 Italian wines and a food menu that plays on traditional Italian cooking, La Taverna has been designed to complement its downstairs neighbour with a simple yet sophisticated interior. Externally, a 52-seat terrace was constructed for a continental flavour.

La Taverna was half a year in the making and is unlike anything else currently in the Belfast area. Over 100 different varieties of Italian wines are in stock having been selected thanks to an extensive selection process. The food offering includes Venetian small plates, sharing pans and hand-crafted miniature desserts.

Running parallel to the Café Parisien work, a £1.5 million redevelopment programme Belfast’s Holy Rosary Church is underway to create a third Fratelli’s site. Expected to be completed next year, this is investment will create more than 40 full- and part-time jobs when completed, with a further 30 jobs during the construction phase. 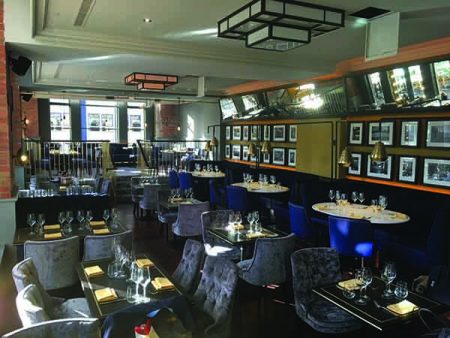