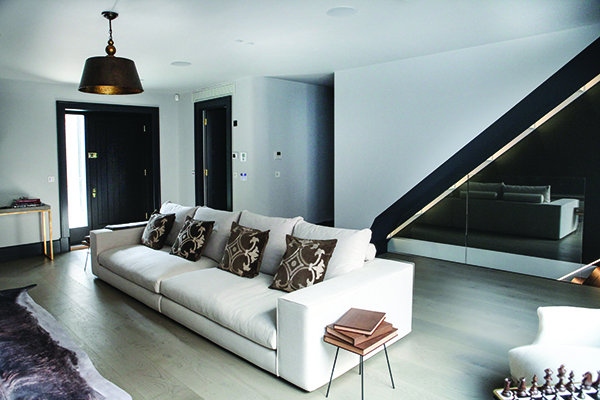 Set within the grounds of what was once a prominent London church, Sanctuary House is a distinctive and unique development. Beautifully designed throughout, the new build is a stylish and contemporary build that incorporates a number of innovative features.

Arranged over three floors, Sanctuary House was built alongside the church conversion next door which saw the creation of four luxury apartments. The design for Sanctuary House was carried out by Sarah Reed and her company Ministry Of The Interior, who also worked on the church. The work on Sanctuary House in particular has been a standout and this was recently highlighted when the kitchen received a SBID International Design Award nomination. 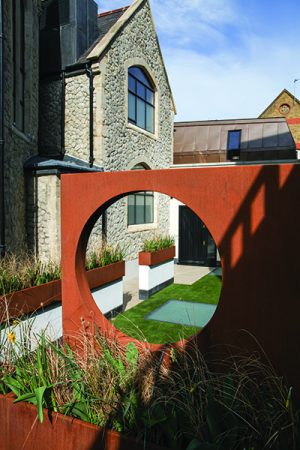 To find out more about the success of the project and some of its standout features, Premier Construction spoke to Sarah. She began by explaining the background to the work:

“I was introduced to the client, a developer who had just bought a derelict church in Battersea. Plans had been drawn up to convert the church into four luxury apartments and outline plans were also in place to create a contemporary four bedroom house in what had previously been a small church hall. They needed some help from an aesthetic point of view and that’s where I came on board.

“When I first become involved the pews had been removed and we had a cherry picker on site because it was very difficult to work out what was actually in the church. After that I started designing the look of the flats.

“By virtue of the fact that over the course of building up the floors we realised there was a bit more space than we originally thought. Things changed a lot as time went by but after about two years we ended up with four fantastic apartments. Once the church project was making progress we began working on the four-bedroom home next door, Sanctuary House.”

The first element of the work involved a basement dig to create a new floor which would include the cinema room, a large kitchen and master bedroom. While at first glance the decision to have all these rooms at this level may seem odd, each room looks out onto a beautiful central courtyard. It also afforded the option of having a large kitchen as Sarah explained:

“We had lots of creative freedom for this project. With the house we knew that it would probably be bought by a family and also thought it would probably be used as a second home. It was a very contemporary build and non-standard construction with patinated copper cladding. What I presented to the developers was aimed at creating something luxurious and beautiful relevant to Battersea.

“The kitchen is really extraordinary and we had a large amount of space to work with. In order to create a large kitchen, it made sense to bring the kitchen out and then create a curve. Rather than put in standard cabinetry that would be odds with the rest of the house and its architecture, we create a rounded kitchen using high pressure laminate and birch ply cupboards. 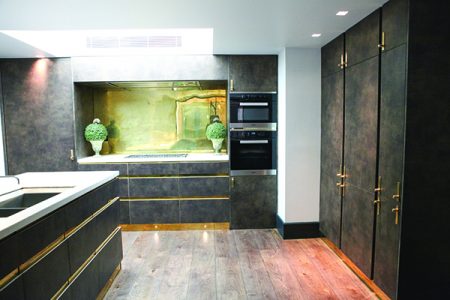 “I’ve only just become a member of the SBID so the nomination was an extraordinary thing for me. It’s incredibly exciting and since the nomination was announced I’ve actually done a rebrand from Hard Hat Property to Ministry Of The Interior which better reflects what I do. I do the whole thing, from planning to handover. The nomination is a huge boost and it’s great that people are taking notice of the work.”

At the heart of Sanctuary House, the kitchen acts as a hub and defies the awkward shape of the space to blend exceptional style with high quality functionality. To find out more about Ministry Of The Interior projects and the services on offer, please visit ministryoftheinterior.co.uk.