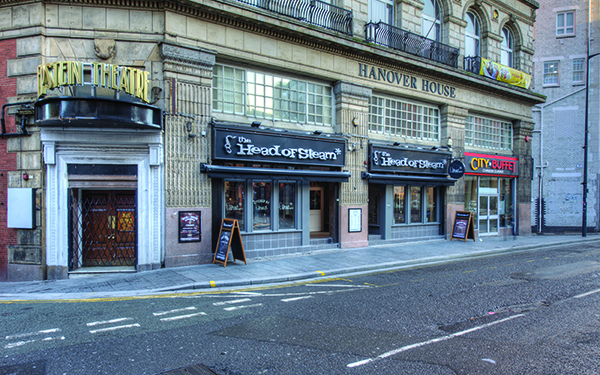 The popular Head of Steam pub brand has welcomed the latest addition to its portfolio after a two month project to overhaul a former city centre pub in Liverpool.

“Coming through the entrance there is more relaxed and informal seating with carpet that makes for a softer environment. That then leads to the main bar area which has fixed seating made out of beer crates. The bar has a high vaulted ceiling that gives the grand feel of a rail station from the Victorian period.

“The walls have also been dressed to replicate goods carriages with timber framing and rustic effected paint. Towards the back of the pub is a more informal dining area with railway booth seating and a photo montage of views from the Mersey. There is also a VIP tasting room.

“The feedback so far has been great and it’s been trading really well. We’re looking forward to working on more Head of Steam locations and we’re already working on designing different areas and a new look.”

“Head of Steam Liverpool is one of our flagship sites and the attention to detail applied by Fusion By Design is second to none. It is a stunning looking site.”

Under the direction of Cameron’s Brewery, the venue has 34 keg lines with a selection of rotating craft beers from UK and world brewers, 10 cask ale lines including beers and real cider from around the region and beyond, plus a selection of premium cocktails, spirits and soft drinks. It also features beers from local, North East and world brewers as well as drinks from the Cameron’s Brewery portfolio.

On the food side, the menu includes a great range of British pub classics that utilise the best ingredients from local suppliers. Burgers and 12” hot dogs perfectly complement the global selection of beers while a similarly comprehensive range of vegetarian options are also available.

Cameron’s, which took over the Head of Steam group in December 2013, has continued to grow its retail estate year on year. In 2016 the brewer opened venues in Headingly, Hull, Newcastle and Sheffield, and plans to open around six new venues a year.

The Head of Steam Liverpool is open Sunday to Wednesday from 11am till midnight, and Thursday to Saturday from 11am – 12:30am. To keep up with the latest events at the pub, please visit theheadofsteam.co.uk. 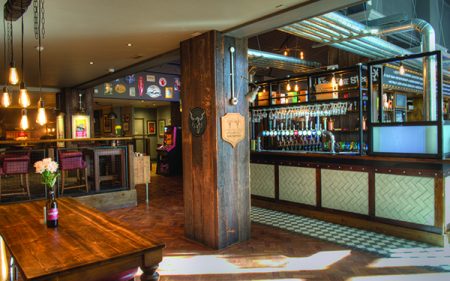 Fusion by Design is an award winning interior design practice specialising in projects for the leisure and hospitality industry, working with various leading pub & restaurant groups throughout the UK, recently completing projects in Hong Kong and China and currently consulting on projects in the Middle East.

Fusion by Design was set up by Paula Jepmond Senior in December 1998. Over the past 19 years, the practice has completed more than 3500 projects, building and retaining great relationships with clients including Cameron’s, Pizza Express, Carluccio’s, Youngs, and Greene King, to name but a few.

Recently the practice has been involved with Head of Steam Liverpool. Their involvement with the Head of Steam project has since led to four additional, large-scale projects, with many more in the pipeline.

“Over the years we have built and retained great relationships with our clients, often resulting in repeat business. It is very easy to grow a company, the key is to keep it small and ensure you are surrounded by a fantastic team that maintains a high quality of work.”

“At Fusion by Design, we pride ourselves on offering an outstanding service. We have built strong working relationships with clients and suppliers and have enjoyed the luxury of remaining with clients, even when they move between businesses.” 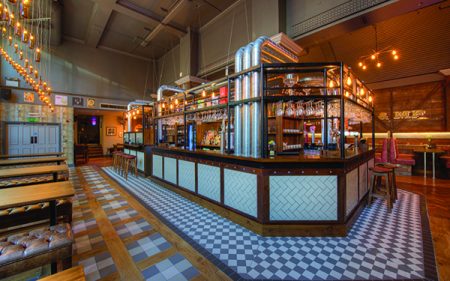 JFA Contracts LTD was delighted to be appointed as the artwork and decorative items suppliers to Cameron’s Brewery, at the newly refurbished Head of Steam, Lime Street Liverpool.

Well researched and themed on iconic buildings in the city, Head of Steam depicts the history of the once futuristic, but now defunct overhead steam railway. The railway which once conveyed passengers from all over the city to the dockside, local landmarks and on to old brewery locations is now remembered through the venue’s artwork, which is filled with nostalgic memories.

“We hope to have the opportunity to work for Cameron’s Brewery again and wish them every success with this development.”