The Rubens at the Palace

Located in the leafy London neighbourhood of Victoria, the historic and distinguished Rubens at the Palace hotel has completed a multi-million pound refurbishment.

One of London’s most iconic hotels, the renovation at The Rubens has resulted in the full or partial refurbishment of all bedrooms and public areas as well as the introduction of a new brasserie-style restaurant – The English Grill.

Each of the 163 rooms at The Rubens is dressed in regal colours, plush fabrics and personal thoughtful touches. Though the timelessly elegant design harks back to the Edwardian era, modern innovations such as Wi-Fi and interactive TV are seamlessly blended throughout. Some of the rooms overlook the Royal Mews at Buckingham Palace, where guests can catch a glimpse of the royal carriages.

In addition to its outstanding accommodation, The Rubens boasts several cutting-edge eateries. Included within this is The English Grill – an elegant new brasserie-style restaurant that embraces the best of English tradition, design and flavours. The luxurious fine dining restaurant serves an exquisite menu designed around premium seasonal produce with ingredients sourced locally from the highest quality English suppliers.

The restaurant has been designed to convey the feel of a private members club and the majority of the restaurant’s seating comprises large leather booths that can accommodate up to six diners. These booths frame the restaurant’s windows and overlook the glass-walled kitchen, while smaller tables populate the floor of the dining room, and there is a partitioned area that can be opened up to create extra capacity in the restaurant as required.

At the heart of the menu are traditional English roasts, which change daily and are expertly carved from a bespoke silver trolley at guests’ tables. These include delicacies such as Beef Wellington served with creamed onions and Madeira jus; belly of slow roasted pork with crackling and apple sauce; and salmon en croute, locally sourced from Billingsgate Fish Market and served with creamed spinach and Champagne butter sauce.

Also on a daily rotation are The English Grill’s signature gourmet pies, which offer modern twists on retro classics, and include English favourites such as pork and apple, Shepherd’s and chicken pot pies – the latter made to a famed recipe which was perfected by Red Carnation Hotel Collection Founder and President, Mrs Bea Tollman.

In the kitchen is a 28-strong team of chefs led by Ben Kelliher who joins The English Grill from Butlers Restaurant at sister property, The Chesterfield Mayfair. The quality of talent in the kitchen is complemented by the calibre of service in the dining room.

Malcolm Hendry, General Manager of The Rubens at the Palace, said:

“With the loving restoration of this historic property now complete, The Rubens has simply never looked better. We are very proud to launch The English Grill at a time when Victoria and the Nova complex are firmly establishing themselves as dining destinations in their own rights. This amazing new restaurant offers guests even more choice, bringing unrivalled glamour and the elegance of traditional English fine dining to the area.”

The English Grill restaurant is now open to residents and visitors alike for lunch and dinner daily. To find out more about the restoration or The Rubens as a whole, please visit rubenshotel.com. 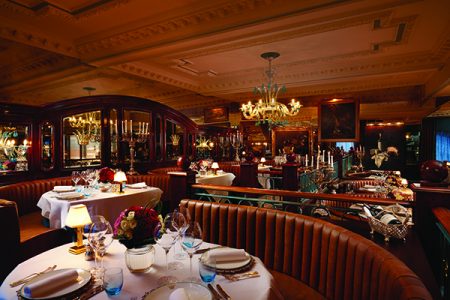 The company was recently involved with the refurbishment of the Rubens At The Palace hotel. Ray Beygi, Chancery Construction Managing Director, said:

“For the Rubens At The Palace project we did the main refurbishment, including the rooms, corridors, public areas and two restaurants. We are just finishing work on the second restaurant, the Curry Room. We have such a long relationship we know what they want and we make it happen.

“The turnaround is always very quick. In total it was about a four month project but we closed the hotel for about 12 days to change the electricity, air conditioning, water pipes and the boiler house. Everything had to be done to the highest standard in the minimum.

“As a company we specialise in internal renovations for the hospitality sector. The company has been in operation for 18 years but my relationship with Red Carnation Hotels goes back longer than that.”

In addition to the Rubens At The Palace, Chancery Construction is currently working on two more major projects including another Red Carnation Hotel called Hotel d’Angleterre in Geneva – a 5* Star hotel of the highest quality. The company is also working on a new Milestone Hotel opposite Kensington Palace. 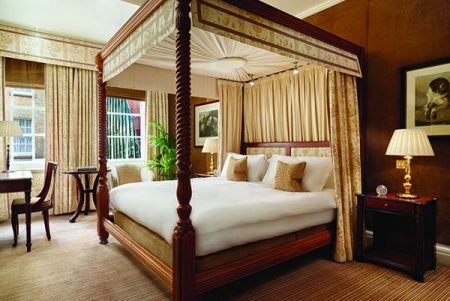 KCCJ Limited specialise in the design, manufacture, supply, installation and project management of commercial catering equipment for the hospitality industry. The company has been in operation for more than 20 years and within this time has worked on an array of prestigious projects, including a £1m production kitchen at ExCel Docklands; new kitchens, bar and servery counters at Brighton Football Club; a new kitchen at Sopwell House Hotel; two new school kitchens for Caerphilly Council; and three restaurant/bars at Paddington Station, including Leon Restaurant, Cabin Bar and Caffé Ritazza Coffee Bar.

Most recently, KCCJ Limited has been involved with Rubens for Red Carnation Hotels. Working on this project, KCCJ Limited was responsible for the design, build, supply and installation of a turnkey package, including the building works to provide a new theatre-style production kitchen, basement dish wash area, staff canteen and staff changing areas.

“Red Carnation is a very prestigious hotel chain who we had never worked with before. We saw this project as an ideal opportunity to be associated with such a chain and to hopefully develop a long-standing working relationship moving forward.”

“At KCCJ Limited we pride ourselves on our service – always putting our clients first and providing both intelligent and creative design coupled with professional, knowledgeable project management. We have successfully project managed some of the largest installations in the UK and key to this success is clear communication between our clients, design team and installation team.”