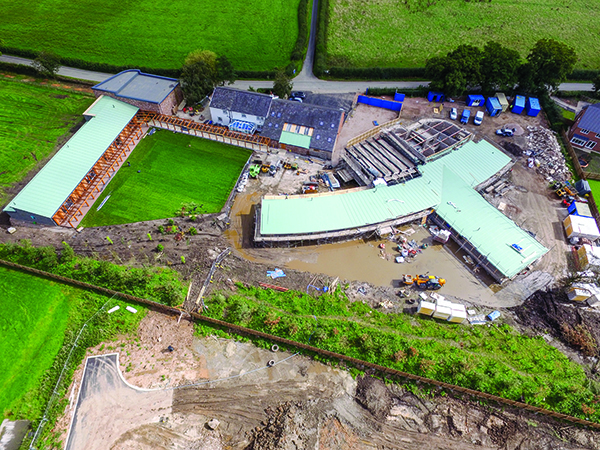 Ashbridge School in Preston is currently seeing a new site being developed at the former Maxy House Farm site on Sandy Lane.

Known as Ashbridge at Maxy Farm, the first part of the new site opened in September 2017 after work was undertaken by contractors J Robinson Building Contractors and architects Bramley Pate & Partners. A second building is currently being worked on and is set to be completed in February 2018. 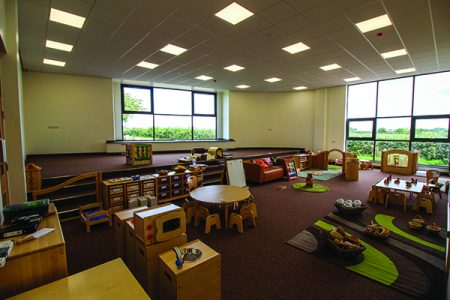 J Robinson Contractors was established in 1975 and was set up by John Robinson who built a firm dedicated to creating high end builds, both domestic and commercial. John’s son, Mark, the company’s Quantity surveyor, joined the business in September 2013.

Speaking to Premier Construction magazine about the project, Mark Robinson said: “We have worked for the client for about 25 years and have been doing nurseries for them all over the place. With this site, it is a brand new site so we have done everything from start to finish including the demolition of an existing farm building and then building the new school buildings.

Set in a rural location with extensive facilities, the site includes a baby unit, general classrooms, gymnasium, after school care accommodation and car parking. Ashbridge at Maxy Farm is a site that extends opportunities for children in the North of Preston to enjoy the benefits of a first class Ashbridge education. The nursery is part of the highly acclaimed Ashbridge Group, offering care and education across the age range from three months to four years. In a vibrant new facility, Ashbridge at Maxy Farm has been developed to meet the needs of young children through a nurturing, active learning and forest school approach. Progress, achievement and enjoyment are key and experienced leaders and practitioners are enjoying working with families and supporting each and every child towards a brighter future.

Ashbridge School is an English independent prep school founded in 1999. At Ashbridge Independent School and Nursery, they are proud of the quality of education they offer to the children in their care and are committed to the highest of standards and as a member of the prestigious Independent Association of Prep Schools, they encompass the values prompted by the very best schools in the world.

Mark added: “The feedback about the project has been great. The client is over the moon with it and has said it is absolutely fantastic. They have also had really good feedback from people using and visiting the site.

“For us, the job has been fantastic. They are a good client, with a good architect and a good team so they are good projects to work on. We have probably done about seven or eight of these jobs for them now and it just works really well so it is a good job for us.” 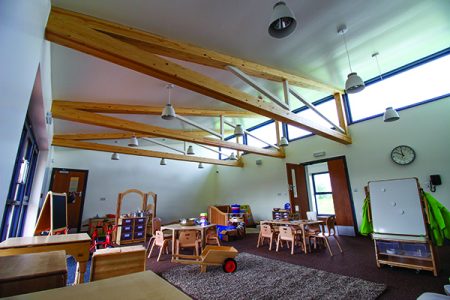