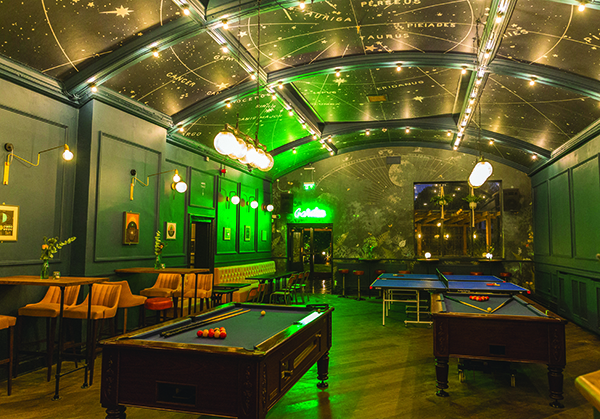 The Heathcote and Star

The local community in Leytonstone had cause for celebration in October as an old pub favourite relaunched under new ownership. The Heathcote and Star reopened as the sixth venue for independent pub company Electric Star Pubs and is the brand’s second site in Leytonstone.

Having undergone a major refurbishment, The Heathcote and Star is the largest Electric Star Pub to date and is a comfortable venue that offers an extensive beverage menu of local London products, fantastic food and cool vibes. Electric Star Pubs Managing Director Rob Star spoke to Premier Hospitality about this new addition to the portfolio:

“I cycled past The Heathcote about four years ago and thought that it was a beautiful pub, in a late 1800s building and that it would make a great addition to our portfolio. We then took on The Leyton Star, which immediately did very well so we began looking for other sites in the area. The Heathcote came available but there were some plans to redevelop it for residential purposes. There was a keenly fought campaign by residents to save the pub, which was successful, and when it was subsequently offered to us we jumped at the chance.

“This is our biggest site at just under 10,000 square foot. We’ve actually only opened the ground floor of the building at present but we’ve still got a really big pub space. There’s a games room, function rooms, a kitchen and back of house area, office space and a huge garden. This means we have space to provide hotel accommodation which we’re in the process of planning right now and hope to start working on next year. That will be a huge point of difference for us because we haven’t done rooms at any of our other sites.” 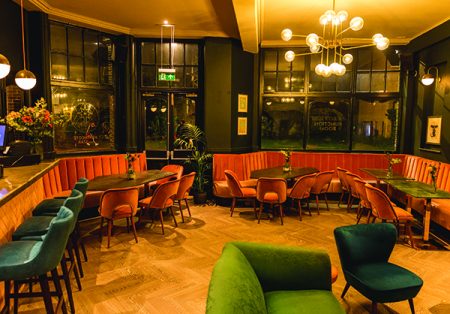 Included within the dedicated Games Room are two pool tables and two table tennis tables. An outdoor terrace also offers guests a relaxed environment, whether that be sitting next to the open fire pit or nestling into a blanket under the heaters in winter months.

Similar to their other sites, the team from We Serve Humans are taking care of the food offering, rustling up the ultimate street food dishes. Specialising in a ‘Low and Slow’ style of cooking, the menu is dominated by slow-cooked meats, fish and veg. A classic Sunday roast will be available to finish off the weekend with a choice between high quality beef, chicken and pork.

Open since October, The Heathcote and Star has been immediately embraced by the local community, with Rob adding:

“The feedback so far has been really positive and the local community were really glad to see the pub back open because it’s been closed since January. We invested heavily in the décor and the seating and it looks completely different to before we went in. I think people are surprised by the level of detail.

“I am probably most passionate about taking a space, seeing it’s potential and then realising that potential. I remember cycling past the Heathcote and thinking it would be a great space. It’s about creating a space that people really like and feel comfortable in.”

Founded in December 2007, Electric Star Pubs is a small independent pub company which operates pubs primarily in East and North London. Working with alongside Kai design, the company has The Heathcote and Star has been restored to its former glory and the addition of accommodation next year will help take the venue to the next level. To find out more please visit heathcoteandstar.co.uk. 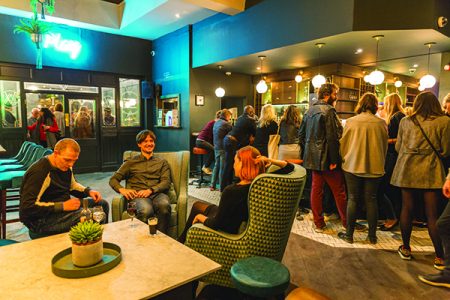