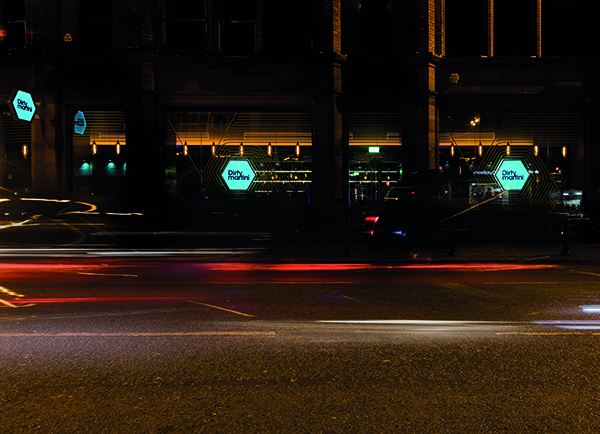 Dirty Martini owners CG Restaurants & Bars has expanded its group of Dirty Martini bars further outside of London after acquiring their first sites in the north in Manchester and Leeds.

Dirty Martini is famed for its glamourous interiors and extensive menu of bespoke martinis and cocktails, as well as its irresistible happy hour. The new Manchester venue, which is on the corner of Deansgate and Peter Street, was previously a retail and office space. The 6,700 sq. ft, three floor space has now been completely transformed with striking artwork, large neon signs, several bookable tables, booths and spaces.

Around £1.5 million has been splashed out to transform the site with colourful teal and orange furnishings, copper-topped tables, striking lightbox artwork and neon’s used throughout. A neon sign over the stairs beckons guests to ‘get down and dirty’ in the basement, which is carved up into intimate nooks by gilded, art deco-style dividers. Floor to ceiling windows look out over Deansgate on the ground floor, opposite a sleek marble bar and cabinet full of cut-crystal decanters.

With a glamorous bar on the ground floor and a sophisticated space below ground (with an additional bar) Dirty Martini is set to be the city’s newest hotspot, with a capacity of 400 and a license until 1:30am Sunday-Thursday and until 3am on Fridays and Saturdays.

A new Manchester cocktail has also been created especially for the bar which is a blend of Manchester Gin, Kalani coconut rum liqueur, coconut water, lemon juice, honey, bee pollen and dried lavender, garnished with a mini honey dipper encrusted with honeycomb. 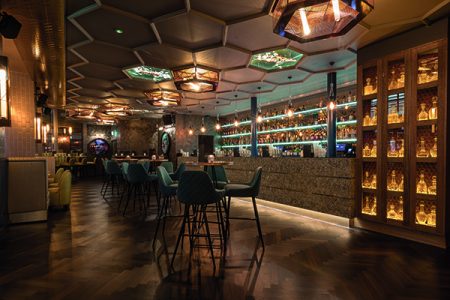 Dirty Martini is famed for its glamorous interiors, extensive menu of bespoke martinis and cocktails, as well as its irresistible happy hour offer.

Christopher Sproule, previously Bar Manager at Principal Hotel’s The Refuge and Assistant General Manager of Oast House has been appointed General Manager of Dirty Martini Manchester. He said: “We’re incredibly excited to bring Dirty Martini to Manchester. Manchester is known for its strong community spirit and we feel incredibly fortunate to be part of it all, offering a fresh, new approach to the standard cocktail bar offer.”

Opening its doors on Saturday 18 November and with a capacity of 290, Dirty Martini Leeds is located at 31 King Street. At the brand-new Leeds venue, expect Dirty Martini’s beautiful bespoke artwork, and signature lighting to capture those perfectly Instagrammable moments. Split over two floors featuring two glamorous bars on both the ground and the first floor, DJs every weekend and plenty of bookable spaces, Dirty Martini is set to be Leeds’ newest hotspot.

The White Rose Martini will be available for a limited time only, exclusively at Dirty Martini Leeds.

Stuart Grimson, who was previously Assistant General Manager of Liquorist in Leeds, has been appointed General Manager of Dirty Martini. He said: “We’re incredibly excited to bring Dirty Martini to Leeds this November. Although it’s a city, Leeds has such as wonderful community spirit and we feel so fortunate to be a part of it and to be offering a fresh, new approach to the standard cocktail bar offer.”

With seven bars around London and one in Cardiff, the Leeds venue will be Dirty Martini’s second site in the north after the Manchester site opened on 10th November. 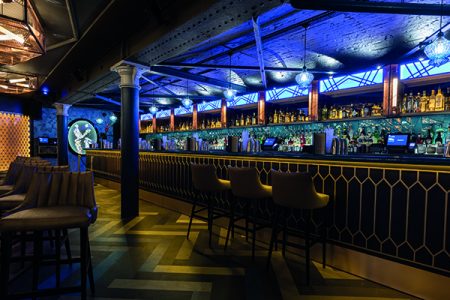