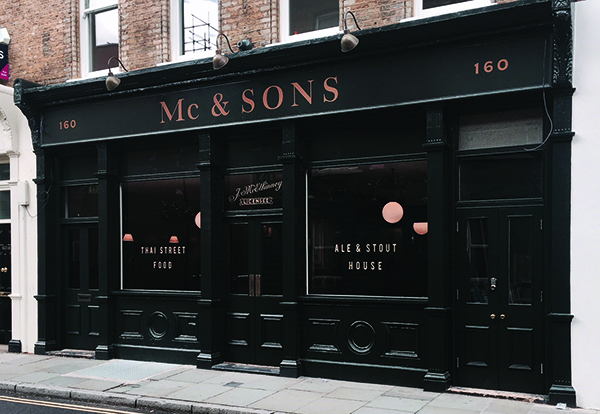 Mc & Sons is a brand new Irish pub in London with family at its heart. Located in Southwark, Mc & Sons is this fifth venue for the Windmill Taverns Group and blends traditional Irish hospitality with a Thai kitchen.

Founded in 1998 by brothers John and Ryan McElhinney and their father Jack, Windmill Taverns Group has operated to great success in and around South London. Mc & Sons is the group’s first opening in over ten years and brings together everything the brothers have learned during their time in the hospitality industry. 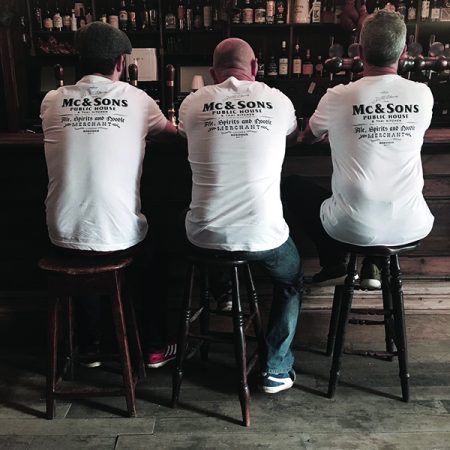 Mc & Sons has been built on the lives of previous McElhinney generations and this is reflected in much of the pub’s design with pictures and documents adorning the walls. Traditionally Irish to its core, Mc & Sons is a place for the community to socialise and offers a fantastic beer selection alongside Northern-Thai cuisine from the city of Chiang Mai.

“Mc & Sons is a bit of what we’ve learned from all our bars over the years. It’s a kind of homage to my dad’s side of the family and my mum’s side of the family. Every single nut, bolt and piece of furniture was handpicked by myself. Most of the pictures on the walls are all family history. There are pictures of my grandmother and grandfather, where they lived, their birth certificates, marriage certificates and letters that they wrote. The whole idea was to create an old, Irish bar without it looking touristy.

“There was a lot of time spent picking the right pieces of furniture and placing them in the right way. I absolutely love the final result. I went through phases where I hated it during the build because it wasn’t going the way I wanted but now that’s done, it feels perfect.

“The feedback so far has been fantastic. We’ve just had our first secret shopper review and got 99%. We haven’t opened a place in 10 years so we looked at everything that needed improving in our other businesses and put it into this. The way we’ve trained the staff is different so the quality of service is brilliant. We’re now going to roll that back out through our other venues.”

“This is like the bar we’ve always wanted and my Dad loves it. He said this was the bar he always wanted to open and it’s almost like his childhood dream has come true. It’s one of those bars that you walk into and you think it’s been around for 50 years.” 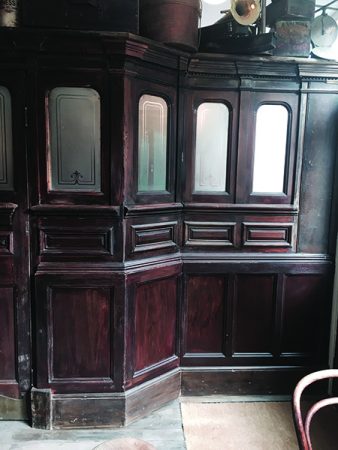 To celebrate the opening night the brothers brought over a 4 piece Irish band and opened the doors so customers could simply walk in off the street and enjoy the vibrant atmosphere.

MCE Home Improvements acted as the main contractor for the project while the majority of interior fittings were sourced with help of Walton Reclamation in Wales. Everything in the bar is reclaimed and was built on site. The counter, for example, was made from old church pews

Alongside the widespread use of reclaimed materials in the pub’s design, Mc & Sons also boasts an intimate Irish snug. With room for 8-10 people, the snug has its own hatch through to the bar so the drinks never run dry. Open 6 days a week, Monday to Saturday, a takeaway box lunch service is available and takes inspiration from Thai street food stalls.

To find out more about Mc & Sons, please visit mcandsonslondon.com.