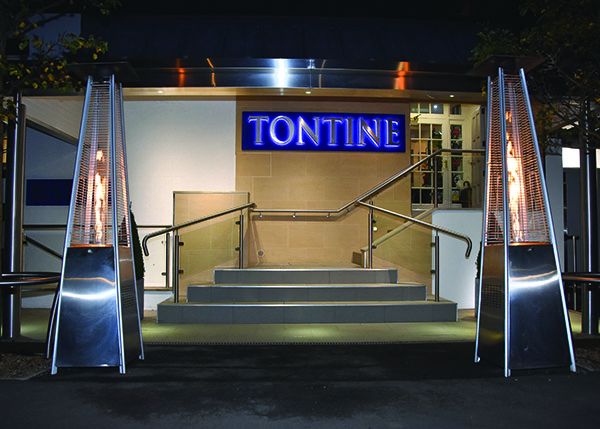 The Cleveland Tontine, one of North Yorkshire’s best-known inns, has been relaunched following an extensive £1m refurbishment. Having been acquired by the Yorkshire-based Provenance Inns and Hotels Group last summer, the Cleveland Tontine has been brought up to the group’s high standards.

The hugely popular inn was originally built in 1804 and lies on the edge of the North York Moors. As the structure is a listed building, refurbishments have been carried out carefully to ensure a sympathetic redevelopment. Architectural practice Michael Hall Associates worked alongside the Provenance team to help create the new look.

The main entrance has been refurbished and the bistro bar has undergone extensive changes to relocate its entrance, bar and toilets. Elsewhere in the famous coaching inn, the dining room, reception and cocktail bar have all been refurbished, with air conditioning to all the function rooms. Behind-the-scenes work includes an extension and upgrade to the kitchen.

Outside, a new sound-attenuating fence along the entire western boundary reduces traffic noise from the A19 and the car park has been increased by a further 40 spaces. The exterior of the building has been redecorated, the chimneys replaced and new signage incorporated.

With the second phase completed and new menus introduced to reflect the Cleveland Tontine’s tradition of French cuisine with a Yorkshire flavour, Provenance Inns Chairman Chris Blundell is excited about its future. He commented:

“The Tontine has been hugely popular over the decades so when the opportunity arose to acquire it, we felt it fitted exceptionally well with our other locations. Our programme of development has been designed to complement the inn’s history and enhance its iconic nature.

“It has been a labour of love. I have always had a deep affection for the Tontine and my own passion for high quality regional food and welcoming inns seemed to fit perfectly with its reputation.”

The new bar features a bespoke wine storage area to accommodate wine from Chris’ cellar to complement the Tontine’s revitalised menu. The Provenance team has paid close attention to the new menus, reintroducing some old Tontine favourites such as the Seafood Pancake to the Menu Du Jour, which will also now be available into the evening. A La Carte choices include Provençale Fish Soup, Chateaubriand, Estate Red Legged Partridge and Dales Rack of Lamb, all sourced following Provenance’s philosophy of selecting the best available local produce, while seasonal fruit and vegetables come from local farms and from the group’s own kitchen gardens at Felixkirk.

Accommodation is also available at the inn in the form of seven eclectic bedrooms that have been individually decorated to a high standard that blends style and sophistication. The Punshon room, for example, takes its name from Rachel Mary Punshon who owned The Tontine in the early 1900s. The room is both grand and welcoming with a mixture of contemporary furniture and gorgeous views over the garden and nearby farmland.

“Not only am I passionate about food and its provenance, hence the name of our business, but I am also passionate about Yorkshire and bringing somewhere like the Tontine back to life. I know our existing customers are very pleased with the steps we have made and I look forward to welcoming those who are discovering or rediscovering the Tontine for the first time since our acquisition.”

The newly refurbished Cleveland Tontine, which relaunched at an event in November, has already proved to be hugely popular and will help secure the destination’s future for years to come. To find out more, please visit theclevelandtontine.com. 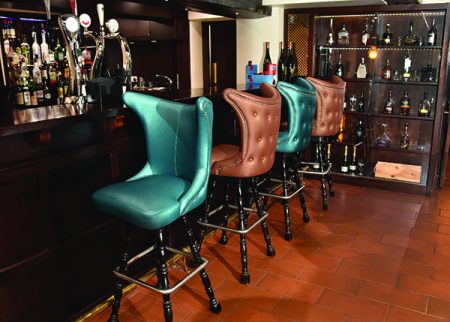 The award-winning Provenance Inns and Hotels Group was founded in 2010 and currently operates seven businesses – The Punch Bowl Inn, Marton-cum-Grafton; The Carpenters Arms, Felixkirk; The Oak Tree Inn, Helperby; The Crown and Cushion, Welburn; The Black Bull at Moulton, The Cleveland Tontine at Staddlebridge and The West Park Hotel, Harrogate.

Provenance Inns’ chairman Chris Blundell is a Yorkshireman with a passion for fresh locally-sourced food. The philosophy behind the group is to be at the heart of the communities within which it operates and to offer great seasonal and local produce in a welcoming, friendly atmosphere.

Period Joinery Limited has worked on a number of high-profile, prestigious projects including the Queens Tennis Club, London (curved oak panelling) and The Devonshire Place redevelopment in Harrogate (windows, doors and wood mouldings for 12 apartments). Additional projects have included The Arts Mayfair Club in London, Ripley Castle in North Yorkshire, York House in Ripley and The Old Rectory Sawley in North Yorkshire.

“We were involved in the Tontine Hotel from an early stage, surveying and compiling detailed written reports on all the individual windows and components through to dissecting original window sections of the hotel. This granted us the opportunity to supply a true authentic replacement sample, providing all parties including heritage officers, with a visual and physical product.

“We manufactured and installed to a schedule working closely with all parties allowing the hotel to remain open with minimum disruption.”

“We also had a large involvement with the hotel’s new Bistro bar and seating area, using our experience and knowledge to create a one-off bespoke product to meet the clients’ requirements.”

Period Joinery Limited valued their involvement in The Cleveland Tontine, with Andrew commenting about the significance of the scheme at three levels.

“Our work provided the client with a turnkey solution where we could support them through design and heritage officer review to manufacture and install.

“We provided the client with a history of similar work, thereby understanding the places to both save money from lower specification and save money by up specifying in the context of the hospitality market.

“Finally, throughout the project we were fully supportive of the client achieving their core requirements of sympathetic styling, noise reduction, energy efficiency and minimum disruption, which allowed us to deliver the brief on time and on budget.”

Period Joinery Limited really understands period properties and knows that when something is wrong, out of place or faked, they can provide the correct support and guidance to rectify the situation.

“We pride ourselves on being a family-run company with a passion for restoring period properties to their former glory and we achieve this on a consistent basis.” 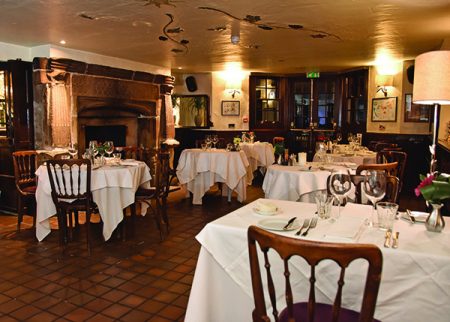