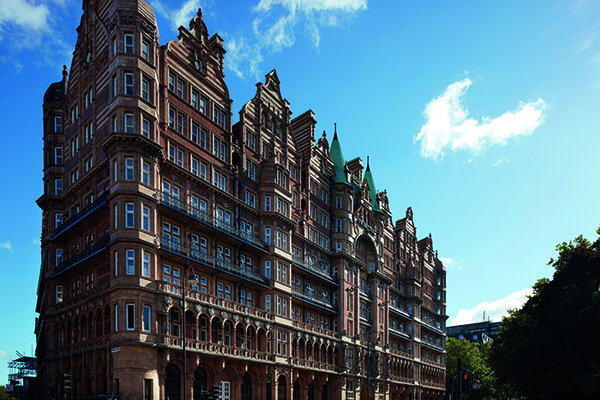 The latest addition to PRINCIPAL – a collection of exceptionally located hotels based in landmark buildings – will open in London in early 2018. The unveiling of the 334-room Principal London will transform the former Hotel Russell: a Grade II* listed building which occupies the eastern flank of Russell Square in Bloomsbury; restoring a glamorous, grande dame to its original glory and administering a shot of adrenaline to the heart of London’s most literary neighbourhood.

The hotel is steeped in history, the Frederick Hotels Company having first opened its doors in 1898. Lavishly appointed and boasting a striking terracotta exterior – with four British Queens guarding the entrance – it was always intended to be a home to glamour and indulgence. Inside The Principal London, striking, contemporary interior designs by Tara Bernerd & Partners and Russell Sage Studio pay homage to the building’s illustrious history whilst providing stylish form and function for the modern traveller.

The opening of The Principal London will create a hub not only for its guests, but also for Londoners who have a passion for great food, fabulous cocktails and memorable nights in the city. It will offer a variety of spaces for drinking, dining and partying that will – much like PRINCIPAL hotels themselves – be distinct from each other and unique in their offering: 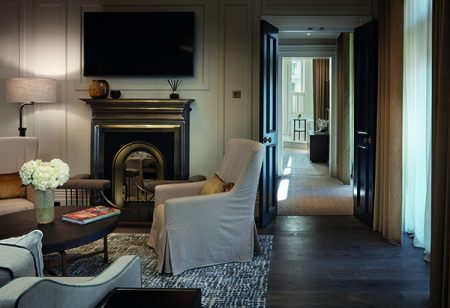 At heart of the hotel will be the magnificently restored Palm Court; a true oasis in the city, which will sit alongside The Principal London’s grand, listed ballroom.

A neighbourhood restaurant created in partnership with three-time Bib Gourmand winner Brett Redman, and stylist-turned-restaurateur Margaret Crow, will fuse the informal flair of their Borough Market institution Elliot’s and Richmond gastropub to create a ‘Bloomsbury Salon’ for the 21st century.

A sumptuously hedonistic cocktail bar that conjures the spirit of Jay Gatsby and the wit of Dorothy Parker.

Coffeehouse by day and wine bar by night, Burr & Co. will offer an independent, lively alternative to the nearby Brunswick Centre.

All 334 guest rooms and suites have been designed by Tara Bernerd & Partners to provide a sense of modern indulgence and comfort. Carefully chosen artwork and accessories nod to Bloomsbury’s literary and artistic heritage, whilst creating a distinctly contemporary point of reference. Guests will also find familiar in-room touches from PRINCIPAL, including the red bedside telephone and the complimentary tuck-box of treats.

This opening of The Principal London is the latest offering from new, high-end urban lifestyle hotel group, PRINCIPAL, with recent openings in Edinburgh, Manchester and York following the sensitive restoration of historic hotels.  The collection also includes hotels in Cardiff, Glasgow, Leeds and Oxford, with plans in place to open in Birmingham and Liverpool.

PRINCIPAL is a collection of city-centre hotels based in landmark buildings in exceptional locations across the United Kingdom. The distinctive heritage and resulting relationship between the properties and their surroundings are the cornerstones of the Principal brand. 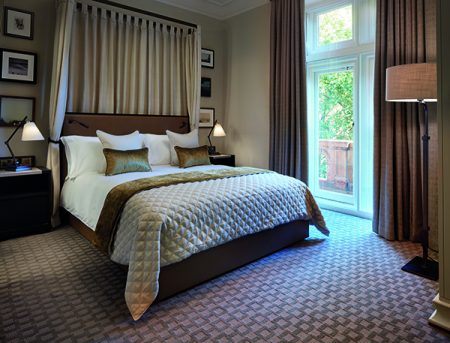