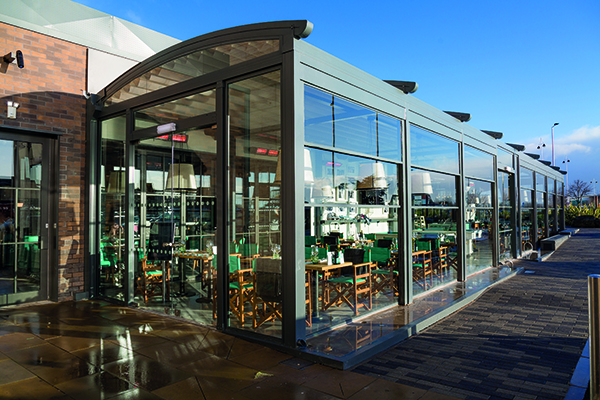 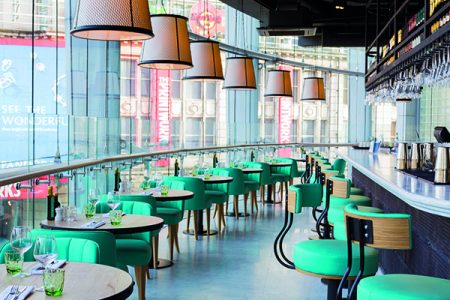 The UK’s favourite Italian chef has opened his first Pizza & Prosecco Bar in the refurbished flagship store of fashion retailer Next at Manchester Arndale. Launched on Friday 24th November, the opening follows the huge success of his first Manchester restaurant in the Corn Exchange.

My Pizza & Prosecco Bar by Gino D’Acampo seats over 200 people and is situated on the first floor of Next, accessed from both the store and a dedicated entrance on Corporation Street. The restaurant is open from 10am until 11pm, seven days a week.

The restaurant has been designed on a grand scale with high ceilings and a glass façade, with a panoramic view of Cathedral Gardens and some of Manchester’s most iconic buildings. At the centre of the restaurant is an open kitchen featuring two handmade copper wood-fired Italian Pizza Ovens and a cold counter including an ice cream bar. Taking centre stage is a 23-metre island Prosecco bar.

The Prosecco bar features over 30 Prosecco, Franciacorta, sparkling wines and wines all available by the glass. Gino’s exclusive partnerships with producers in Italy offer a wide selection not available anywhere else in the UK and at great prices.

Gino wanted to give all the family, not just Next shoppers, a reason to visit with his clever use of space, designed to allow a very casual, all day, every day drinking and dining experience. Superfast, free Wi-Fi complimentary work stations and a games room are all part of Gino’s vision of providing shoppers with a dining and a lifestyle experience.

Gino said: “I’m super excited to have opened My Pizza & Prosecco Bar in Manchester with my new partnership with Next. What more can someone want than great pizza, great prosecco and a bit of retail therapy.” 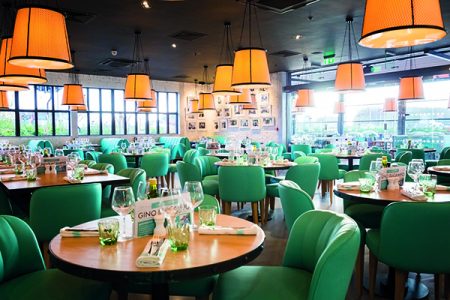 Gino D’Acampo’s love affair with Yorkshire continues with the opening of his restaurant in Hull. It is Gino’s third restaurant in Yorkshire following huge success in Leeds and Harrogate. A further Yorkshire restaurant will open in Sheffield later this year.

Gino D’Acampo – My Restaurant seats 200 people and is open from 10am until late, seven days a week. The restaurant features an open kitchen, Central Island, prosecco bar, grocery & book store and an alfresco terrace with retractable roof.

The dessert menu is sure to be a hit with families; all ice creams and cakes are from Gino’s very own bakery and include a “build your own sundae” section for those ready to indulge.

The menu is complemented by iconic Italian cocktails, artisan bottled beers and last but certainly not least real, Neapolitan coffee.

Gino said: “It’s a thriving and fantastico city and I’m thrilled to be a part of the community.”

Gino was born and raised in Napoli, in the south of Italy, the birthplace of Pizza so he takes his promise of brining real Neapolitan pizza to Manchester and Hull seriously. The rest of his menus feature favourites, once again from his many books and TV shows.

Gino first made his move into restaurants when he teamed up with friend and business partner Steven Walker, founder of Manchester based restaurant group Individual Restaurants. The partnership of Individual restaurants and Gino D’Acampo goes from strength to strength with five opening in 2017 and many more planned in exciting locations in 2018. A deal was announced with fashion retailer Next early in 2017 and they plan significant growth from there.