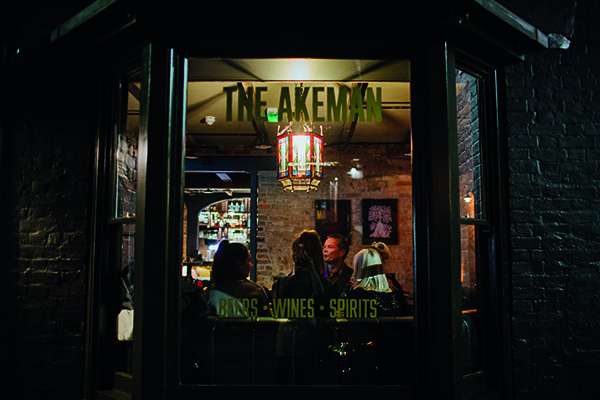 One of Tring’s favourite pubs, The Akeman, has celebrated its tenth birthday as the first of what has now become a major force in the pub industry, Oakman Inns. 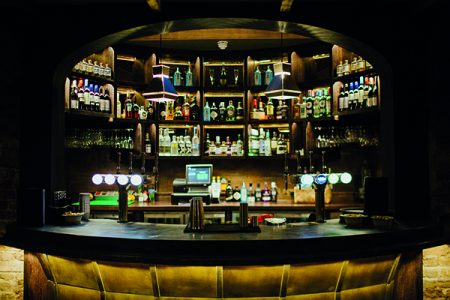 The Akeman recently underwent a major refurbishment and an extension into the shop next door providing space for a new wood-fired pizza oven in the extended open kitchen, more seating in the enlarged restaurant and two cosy ‘parlour rooms’ with a dedicated servery.

Work on the refurbishment was undertaken by Creative Interior Contracts Ltd. Architect, Basil Smith from People in Space who worked in partnership with Interior Designer, Emma Donohoe said: “The original design for The Akeman is still, we believe, well loved by the customers. By enlarging the dining and open kitchen areas it made sense to do it seamlessly and continue with the same feel. It’s a cohesive and balanced look both in character and materials and this has been retained. A more traditional pub area to the front moves through a glazed link into the rear extension building, where the cedar and slate cladding run both internally and externally between full height glazed doors.

“The changes to the existing interior are all subtle and keep the warmth and relaxed atmosphere that the various spaces have always had. A new sail style canopy to the rear terrace compliments the buildings linear appearance.

“The addition of the small listed building next door gave the opportunity to break away from the distinct lines of the existing bar and provides a different ambience altogether. Here we’ve brought out and enhanced the historical charm of the building by stripping back to the brickwork and adding a bay window. This is given a contemporary vitality with the furniture, lighting and the creation of a circular room for the bar, within what was the former rear courtyard.”

One change has been the display of a large and unusual wall sculpture of a giant Green Man, commissioned by Oakman’s CEO, Peter Borg-Neal, which is made from tens of thousands of plastic straws. 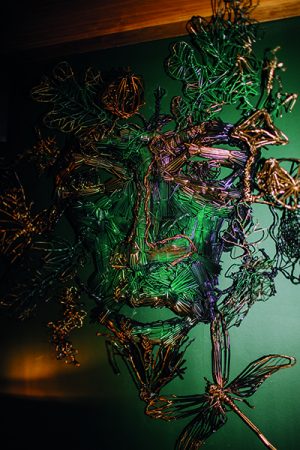 A Green Man is a sculpture or other representation of a face surrounded by leaves, branches or vines. It was originally known as a Foliate Head and was commonly used as both decorative architectural ornaments.

Peter Borg-Neal’s commission was prompted by seeing evidence of the appalling and direct impact of discarded straws on sea creatures and the ocean so he decided to ban single-use plastic drinking straws from all 20 of their pubs to mark Earth Day in April last year. However, this meant he had a stockpile of over 60,000 unwanted plastic straws – which he could hardly throw away.
Peter said: “We take sustainability seriously in our business and having seen a tragic video of a turtle with a straw embedded deep in its nose, we were the first pub group to #BanTheStraw in the UK, which has inspired other pub groups to follow suit. Sending out stock of plastic straws to a landfill was not an option so we decided to find an artist to refashion them into a sculpture that epitomised Oakman Inn’s culture.”

Ipswich Sculpture, Lois Cordelia, was commissioned to design and create a wall-mounted sculpture which incorporates several tens of thousands of unwanted plastic straws, threaded, woven and bunched together on a sturdy frame of steel wire.

Lois said: “It was a privilege to work with The Oakman Inns on such an unusual and pioneering brief. From my initial thoughts of creating a giant Oak Tree out of the straws, the Green Man evolved to incorporate not only oak leaves but many other distinctive elements of native British fauna and flora. People’s response to this creative ‘upcycling’ has been overwhelmingly positive.” 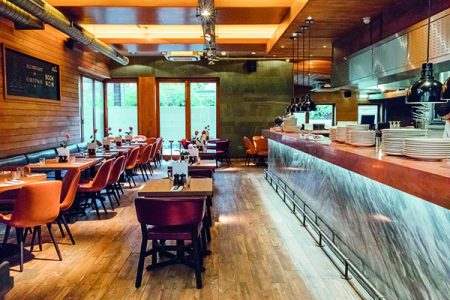