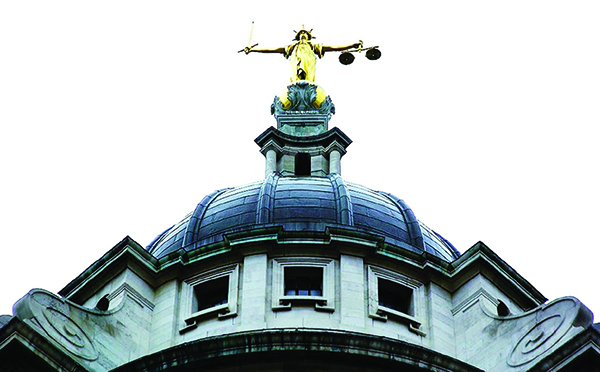 The scheme includes the renewal of the building’s central heating, air conditioning, hot water, and electrical systems, together with the installation of new lifts and a state-of-the-art computer-based building management system, as well as the refurbishment of the courtrooms. 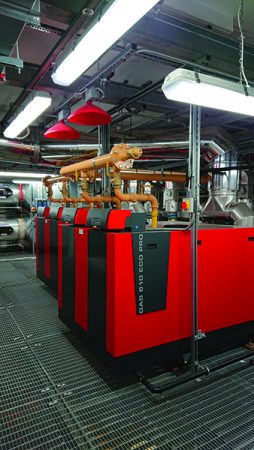 A key challenge has been to ensure that disruption to court operations was kept to an absolute minimum, and that the high levels of security in the building are never compromised.

The Central Criminal Court handles around 1,500 of Britain’s most serious criminal cases a year with each court holding two sittings daily.

Planning the full works programme was a lengthy process as the Central Criminal Court must remain available for court sittings throughout the refurbishment scheme.

The first phase of the five-phase scheme included the refurbishment of a disused boiler house in the building’s basement. Initial works involved the stripping out of the space including the removal of the old 1960s oil fired steam boilers which were replaced by high-efficiency Remeha Gas 610 Eco Pro gas condensing boilers.

The works also included the exposure and retention of heritage features such as brickwork and ironwork, as well as the installation of a new building management system and new lifts.

Praising the contract team’s work on the first phase, Sheriff of London Alderman William Russell, who works at the Central Criminal Court, said:

“WSP and its team should be commended for its work on this major project and not least, for finishing it ahead of our deadline, within budget, and with considerable enthusiasm. The new systems will create a far more comfortable and sustainable environment for everyone who works in, and attends, this historic building.”

In response, Simon Howson, Associate Director of WSP and Clients’ Representative for the modernisation programme, said: “We were very proud to have successfully completed this key phase of such a prestigious refurbishment contract at one of London’s landmark heritage-listed buildings. The collaborative nature of these works suited our project management approach perfectly, and as a team, we faced and overcame many challenges to ensure that the project satisfied the City of London Corporation’s objectives.

“One of the key challenges of this project is the need to control noise and disruption and to maintain security by planning the works in such a way as not to restrict the operation of the courts. This is being achieved by holding bi-weekly sessions between ourselves, the main contractor and the client to carefully schedule the works with close co-ordination and consultation at every stage.

“The first phase was completed on time and within budget and Interserve did a great job.”

The second, third, fourth and fifth phases involve the replacement of the building’s old air handling plant one unit at a time, with the fifth phase also including the installation of two new cooling towers within the building.

Each of the old units served two courts, but each court will now have its own dedicated new unit once the installation is complete. Ten of these units are being replaced in phase two.

The works also include the installation of a new support infrastructure comprising a chilled water system and pumps, as well as extending the low temperature hot water system to the heated coils in each air handling unit.

“Providing an individual air handling unit for each court will enable much greater control of the internal environment through the newly installed building management system, and will be much more energy efficient and reliable,” said Simon Howson.

He added that one of the main challenges of the second phase is the logistics of removing the old plant and transporting and installing the new plant in a constrained space.

A further element of the project comprises the refurbishment of all the leather upholstery and oak furniture, fixtures, fittings and panelling in each courtroom, which is being carried out whilst the space is closed for the 16 week period needed to replace the air handling system.

“This project is absolutely huge for us, it is an honour to work on this very prestigious scheme and I am very proud to be involved. The contract team are continuing to do a great job,” concluded Simon Howson.