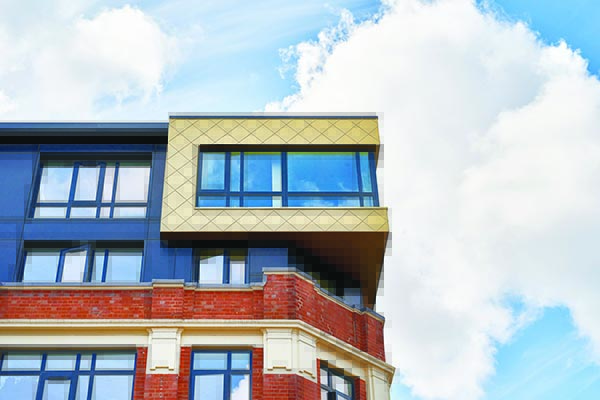 Located within one of Birmingham’s foremost up and coming districts, Colmore Tang Construction’s Fabrick Square is a major residential development built on the site of the former Harrison Drape factory in Digbeth. 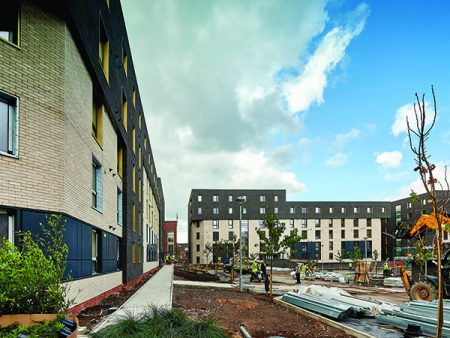 Fabrick Square comprises 313 apartments across four distinct blocks, including a selection of ‘loft-style’ properties within the original 19th-century building – of which the iconic facade has also been carefully retained.

Having lay redundant for a number of years, the site had been earmarked for redevelopment several times before developer Seven Capital’s carefully-considered proposals received planning permission in 2015 and Colmore Tang Construction was appointed to deliver the project. Groundworks began in June 2016 and Fabrick Square was completed  in November 2017 with the first occupants moving in a month later.

Each of the four distinct buildings are arranged around a contemporary urban square with associated landscaping. Each building has been carefully designed and, in keeping with the history of the area and the site’s former use, have been affectionately named The Cotton Lofts, Cotton House, The Drapery and Drapery House. Among the 313 apartments are 73 studios, 152 one-bedroom apartments and 88 two-bedroom apartments.

Fabrick Square is the first major residential development since the last recession to be completed in the Digbeth area and will be at heart of a neighbourhood on the rise. As well as being ideally located for existing landmarks such as the Bullring shopping centre and Birmingham New Street Station, Fabrick Square is also set to benefit from future developments such as a new Metro route tram stop and HS2.

The former Harrison Drape building is a landmark in Digbeth and its transformation has kick-started the area’s wider regeneration. Fabrick Square has brought life back to the community, marking a major step forward for the residential offering in Digbeth. The project has given a 21st century use to a historic building and preserved its future. 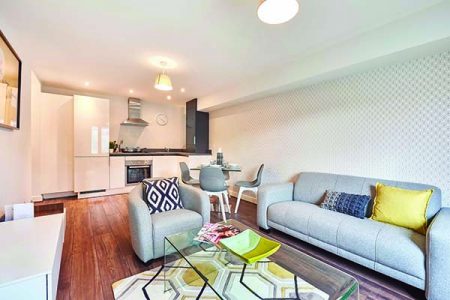 Colmore Tang Construction is one of the country’s fastest-growing contractors, headquartered in Birmingham and operating on sites across the UK. Established in 2013, the business has grown from an initial team of three to an established contractor on-track to turnover circa £80 million in 2017/18.

Seven Capital is a leading UK property investment company. Founded in 2009, Seven Capital has offices in Birmingham and London as well as a base in Dubai. The company specialises in transforming commercial spaces in key city centre locations into stunning residential apartments and building brand new apartment in similarly desirable settings.