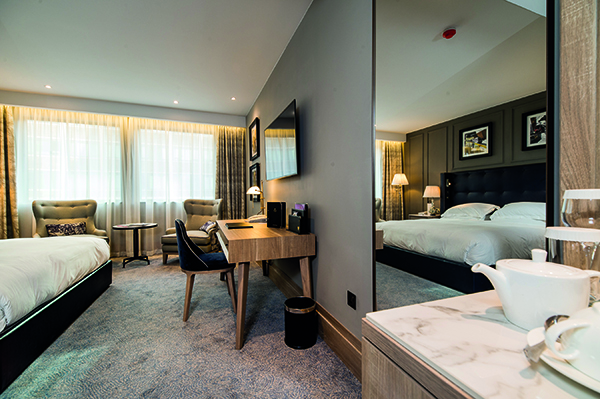 A £15 m expansion at Yorkshire’s only AA-rated five star hotel – the Grand Hotel & Spa in York – sees the opening of 100 new luxury bedrooms.

Located on Station Rise, opposite the original city walls, this sophisticated Edwardian hotel is set in the former headquarters of the North Eastern Railway, and was built in 1906.

The Grand Hotel & Spa, York, is part of the Splendid Hospitality Group – one of the UK’s fastest growing privately-owned hotel groups.

The hotel’s new bedroom development will almost double the number of five-star hotel rooms in York, generating an additional £1.7 million of annual visitor expenditure for the local economy.

Combining the traditional values of its historic setting along with modern facilities to accommodate the 21st century guests, the hotel’s new luxury rooms have been carefully designed to provide guests with an opulent experience.

Complementing The Grand’s pre-existing 107 rooms, the sumptuous interiors of the new rooms will include marble-finished bathrooms, luxury bath products as well as Egyptian cotton linen. 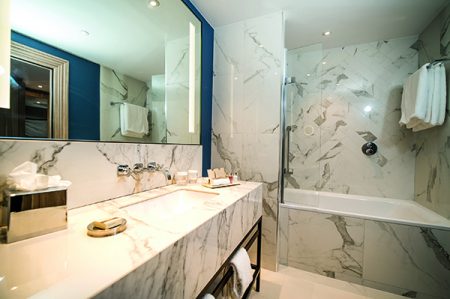 Behind the look and feel of the rooms is design practice Twenty2 Degrees, which sought inspiration from The Grand’s Edwardian past.

Philip Bolson, General Manager of The Grand Hotel & Spa, York said: “We have been working on this development for the best part of two years, and we’re extremely excited to unveil the first rooms in our new accommodation development – it will increase our total bedrooms from 107 to 207.

“The Grand offers a supremely luxurious experience for our guests, and we’re thrilled to be able to share the experience with even more visitors, as well as providing a boost to the York tourism and leisure economy.”

Stuart Bailey, CEO of Splendid Hospitality Group, said: “The Grand Hotel & Spa, York is one of the jewels in the crown of the Splendid Hospitality Group and we are proud to have such a landmark building within our portfolio. York is a stunning city and deserves the very best in its leading luxury hotel. This exciting project marks our intention to push the quality of the guest experience at The Grand even higher, positioning it as one of the UK’s very best hotels.”

The new accommodation is part of the hotel’s expansion and refurbishment, which last summer saw the opening of The Rise, a Yorkshire tapas-style small plates concept, and the refurbishment and relocation of Hudson’s by Craig Atchinson, The Grand’s three-AA-rosette fine dining restaurant.

The hotel opened its doors on 20th September 1906 as a ‘Palace of Business’ for the North Eastern Railway Company, then one of the richest businesses in Britain.

The design was carried out jointly by William Bell, who produced the basic structural design, and Horace Field, who worked on the exterior embellishments and interior detail. Their design is believed to have won a silver medal at an exhibition in Paris in 1904.

During the 1900s, a brass band used to play at the top of the stairs of the first floor for all the North-Eastern Railway office workers during Christmas time.

The historic building offers seven stylish event suites for up to 120 people, boasting unique spaces to provide an impressive back drop for meetings and conferences, weddings and other special occasions.

Spa at The Grand is located within the building’s vaults, which were once used to store the wealth of the North Eastern Railway. Thick stone walls and cast iron vault doors shut out the city creating a hushed, tranquil and wonderfully relaxing environment. Architect-designed treatment rooms with subtle lighting and handmade furnishings conjure a blissful atmosphere.

The Splendid Hotel Group has built a reputation through the design, construction and operation across the UK of a full range of hotel styles ranging from limited service to luxury. 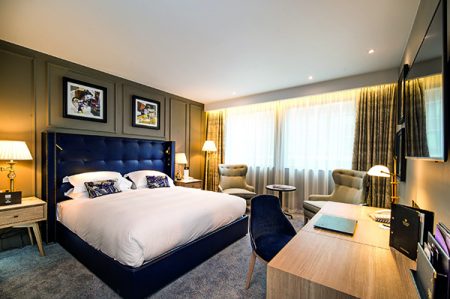