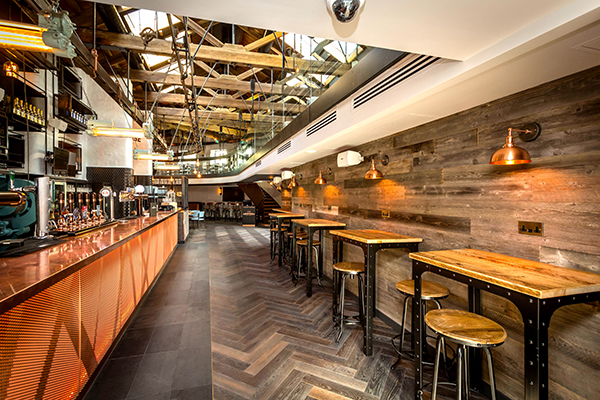 The renaissance of a building which has become an Island ‘icon’ and part of Guernsey’s history, has been recognised with a place on the Guernsey Design Awards 2018 shortlist.

Shortlisted in the Heritage category of the awards, The Slaughterhouse Restaurant and Bar in St Peter Port was originally the island’s slaughterhouse.

The project has been so successful that the venue was fully booked for most of last year. 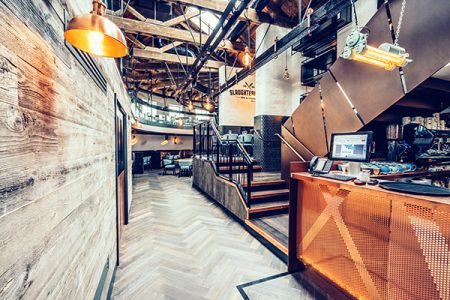 The scheme was carried out for RW Randall with RG Falla as the main contractors and Tyrell Dowinton Associates as architects and interior designers.

Brian Tyrrell of Tyrrell Dowinton Associates said: “We were absolutely delighted to be shortlisted, it was fantastic to work on this project which is part of Guernsey’s history.

“The project is special due to the fact that this is such an iconic building on the Island.”

Having stood vacant for a number of years, the building needed to be repurposed by a client willing to make a significant investment, whilst respecting the unique character and iconic status of the building.

The slaughterhouse was particularly well suited to a conversion to a bar and restaurant due to its location on the waterfront and the opportunity to create a dramatic, statement venue.

Brian Tyrrell said: “The building looked very tired when we first visited site. The project was part restoration and part new build, with the new build elements incorporating the kitchen and WC’s on the ground floor, with a first floor mezzanine providing a dining space exploiting the stunning panoramic views of Herm, Havelet Bay and the marina. We also inserted a new free standing seating deck externally with views over Havelet Bay. The original Pig Sty’s still remain beneath, undisturbed.”

The demolitions, alterations and new interventions mark a new chapter in the story of the building.

All of the architecturally sensitive or unique elements within the complex have either been left undisturbed or preserved and enhanced. These include hook and rails, a winch and abattoir equipment, all of which is on display in its original setting. The lighting also has a very industrial look, featuring elements of copper, designed to age along with the building as a nod to its history.

Any new element or intervention has been sensitively detailed to be respectful to the existing buildings and features, but at the same time clearly new, so as to allow the history of the building to be easily understood.

Due to the age and location of the building, significant remedial repairs were required as part of the works. This was particularly true for the roof finishes and timberwork generally.

The conversion required the introduction of a significant amount of support and service space, which has been incorporated into the existing structures without having to make significant changes to the sensitive parts of the historic fabric. 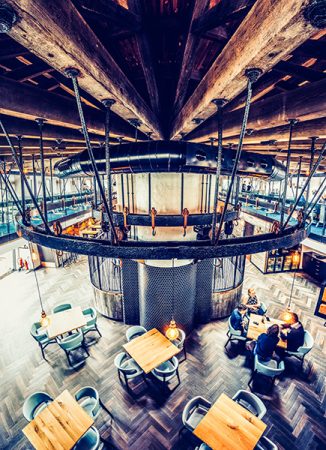 The use of high quality finishes such as copper, steel, timber and textured plasters draw on and respect the industrial aesthetic of the building interior, and have been used in such a way as to create a high quality contemporary venue for the people of Guernsey to enjoy.

Brian Tyrrell concluded: “It was a complex scheme to work on – particularly as the late 19th century building is listed. The success of the scheme lay in a real team effort from all concerned – the client, planners, architects, building control, Heritage Department, the contractors and subcontractors who worked so well together and did a fantastic job.

“The project was challenging in that there were many restrictions due to the building’s listed status, and we had to come up with numerous design solutions as a result. It was also important to respect the original form of the building, whilst bringing it up to 21st century standards.

“Another challenging element was coming up with a design to make the venue warm and inviting to the public – given its history as a slaughterhouse for over 100 years – and this was key to the whole design philosophy.

“The client was absolutely delighted and they have had an extremely positive response from the public, with the venue being fully booked for most of last year.” 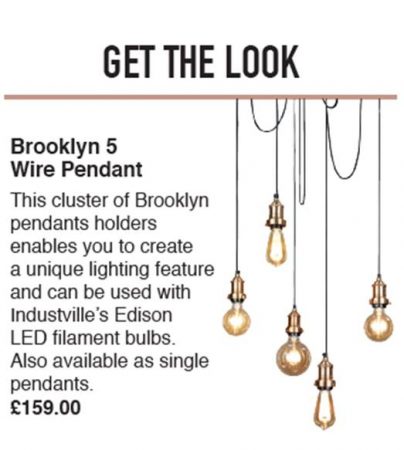 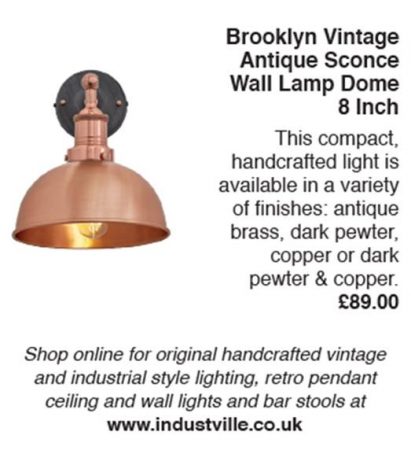