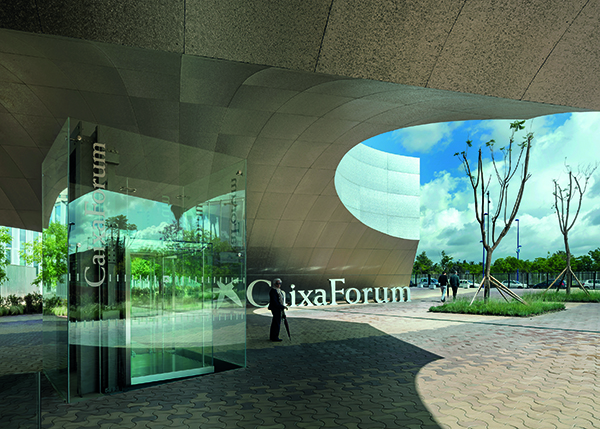 The CaixaForum Sevilla is an underground cultural centre which opened in March 2017. Situated on the Isle de la Cartuja, the centre is home to two temporary contemporary art exhibitions with integrated children’s activities. The centre also plays host to concerts, movies, discussions, conferences and family workshops.

In May 2014, the CaixaForum Sevilla project was presented by The Orba Social – an organisation working to achieve a society with more opportunities, promoting social initiatives, investing in research and education and spreading culture and science. Work began on adapting the existing building in the Sevilla tower complex in January 2015 with an investment of approximately €18 million. Work on the project was undertaken by architect Guillermo Vazquez Consuegra.

Located in an area close to the old town, the building has 7,500 square meters of available space on a total built area of 8,100 square meters. The CaixaForum Sevilla is made up of two exhibition halls, an auditorium that seats 275 people, two multipurpose rooms, a cafeteria/restaurant and a store/bookshop. The two exhibition halls and the auditorium are located on the basement level, which is under the plaza that gives access to the centre.

An aluminium canopy covers the square where the main entrance to the exhibitions is located. The canopy also covers a new skylight that opens up to bring natural light to the lower levels of the centre. The canopy is made of stabilised aluminium foil, built with panels of different density which air is injected into. The panels are made with lightweight material produced from an aluminium-magnesium alloy.

The CaixaForum is the cultural centre for the city of Seville and joins a network of centres that have the social work of ‘La Caixa’ distributed throughout the country. Since its opening, the CaixaForum Sevilla has welcomed more than 293,100 people to the exhibits and activities that have been hosted in the space. During its first year of operation, the centre was strongly consolidated in the cultural and civic life of the city, which has allowed six first level exhibitions to be held following on from the centres two inaugural exhibitions. In addition to the exhibitions, 765 different activities were programmed so families and adults were able to enjoy numerous conferences, classical and contemporary music concerts, painting and astronomy courses, film cycles and workshops or opera cycles to name a few.

The project has recently been successful in the 2018 Building of the Year Awards and was successful in winning the award in the category of “Best Applied Products.” Over 10,000 votes were cast during this year’s Building of the Year awards. The peer-based, crowdsourced architecture awards showcase projects chosen by ArchDaily readers who filtered thousands of projects down to the 15 best works featured on ArchDaly in 2017. 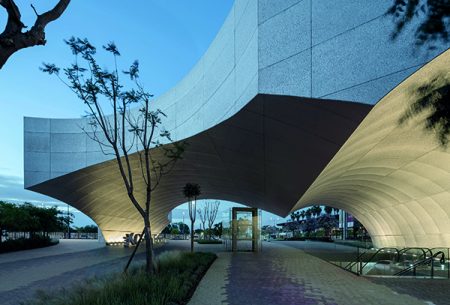