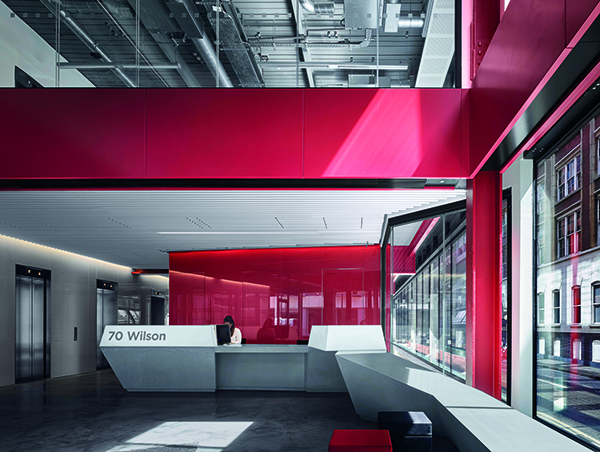 A project that saw the refurbishment of a 1980s office building and an adjacent Grade II listed building into a highly efficient, low carbon workplace has been recognised with a RICS Award nomination.

Created by astudio in collaboration with Stanhope PLC and Low Carbon Workplace, 70 Wilson now boasts 71,000 sq ft of stylish and modern office space on the boundary between London’s financial and creative heartlands. The refurbishment of 70 Wilson included a brand new building envelope and an overhaul to the internal layout. The RICS Award London nomination in the ‘Commercial’ category is deserved recognition for a building that is now one of the most eco-friendly in the city.

Nick Gazanis, Associate at astudio, recently spoke to Premier Construction about the project and he began by explaining the origins of the work:

“Stanhope initially approached us to give the façade a lick of paint and that was our brief. We managed to convince them that actually the building and the project had the potential to be something much better. By creating a new façade it gave them the opportunity to future-proof the building. When we came on board it wasn’t at a modern standard to be re-let as an office.

“Initially we started off with a bespoke, steel system, partly because the building sits within an area where there used to be a lot of warehouses and workshop type buildings. We had an idea to go for a more industrial look. It’s quite an interesting area because it’s on the boundary with Google at one end and the City at the other. It needed to attract a mix of people.”

For the façade design, it was important that the building convey a raw feel. In a subtle nod to the history of the area, exposed steel has been coated in a red primer because that’s how they used to arrive from the factories. Patinated copper which doesn’t age and needs no maintenance is similarly prevalent. Nick continued:

“One of the other significant elements was the shading of the façade. We worked with 3D modelling in terms of overshadowing of adjoining buildings. The lower levels of the building have more shading cast onto the façade. The south and the west have a percentage of shading ranging from 10% on the first floor to 40% on the fourth floor. We had external blinds added to the top floor and cantilevered the box to create shading for the floor below.

“There are different approaches throughout the façade that we inherited and then tried to resolve by making it look like a coherent building rather than a mix of façade types.

“The RICS Award nomination means a lot. We pushed the envelope with this building to try and create more value for the client. It helps the portfolio of the Low Carbon Workplace and the idea behind revamping existing buildings.”

Since completion in November 2016, 70 Wilson has proved to be very successful and is an excellent example of how existing structures can be transformed into environmental beacons. 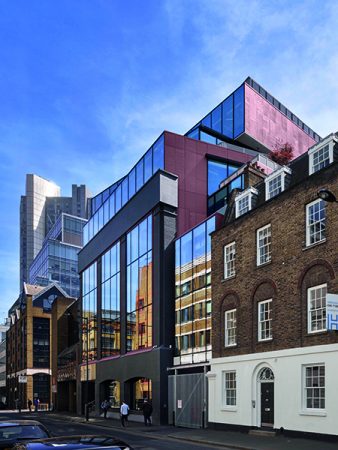 Architects, Astudio, approached MASS Concrete to assist with their project for 70 Wilson – a 1980’s office building and adjacent Grade II listed building. Both structures were refurbished and extended with a BREEAM Excellent rating, increasing the floor area through the addition of a two-storey steel-framed roof extension.

The concept required the supply and installation of shaped treads, for the main-entrance, with cast-in nosings and external cladding panels, together with a monolithic 3-dimensional cast concrete reception desk – all produced by MASS.

MASS Concrete worked with Astudio from the original concept stage to develop a dark tone and texture for the feature pieces.  The products were colour-matched and all the GRC desk components were bespoke manufactured to a silky-smooth finish.

MASS Concrete is renowned as the UK’s leading manufacturer of aesthetic concrete. It is the endless versatility of their finishes that inspires architects, designers and high-end luxury brands to choose MASS Concrete to develop their unique concepts.

Every project is completely bespoke but with assistance from the in-house MASS technical team, each concept can be carefully interpreted to create stunning results.  MASS Concrete will provide a complete turnkey package: from design and detailing, through to bespoke, specialist support brackets and restraint fixings.  Every project undertaken comes with its unique set of requirements: from striking feature wall panels, external facades, large format floor tiles and servery counters, to reception and cash desks, stair treads, logo and signage panels or 3-dimensional furniture.

Alongside dynamic manufacturing techniques, MASS provides a colour-match service that enables a virtually limitless array of texture and colour, for every design enthusiast to specify. 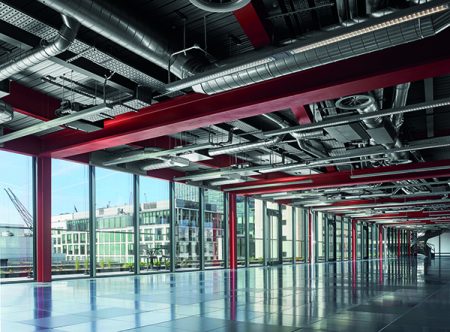 MASS is constantly evolving through research and development into all aspects of concrete manufacture, and, to compliment this, the Company has plans to more than double its current manufacturing capacity through Factory expansion.  The company continues to broaden its international reputation and now supplies individual finishes to a number of prestigious retail brands and commercial companies worldwide.