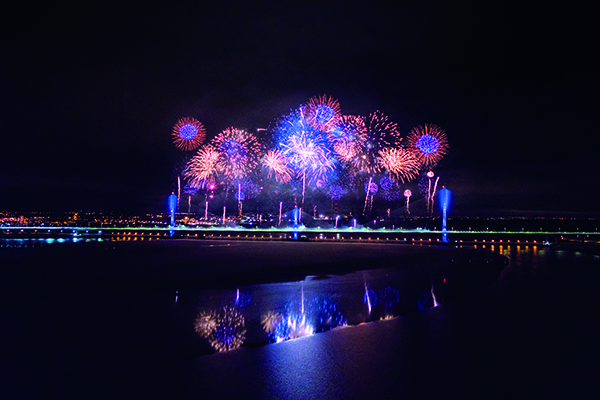 The highly acclaimed RICS Project of the Year award has been presented to the Mersey Gateway Project. The £1.86 billion project involved delivering a new six-lane toll bridge over the River Mersey in Halton and significantly upgrading the areas highways.

RICS judges awarded the prize to the project for not only removing a notorious congestion black-spot in the North West but for also making journeys to and from the area far quicker, easier and much more reliable. The judges were also highly impressed with the projects remarkable economic benefits, which are expected to be four times greater than the projects initial cost.

The project was also presented with the accolade for best North West Infrastructure at the 2018 RICS awards. All category winners will now go on to compete against other regional winners at the National RICS Awards Grand Final on 2 November 2018, for the chance to be crowned the overall UK winner in their respective category.

The Mersey Gateway Bridge opened in October 2017 and provides a new six-lane cable-stayed toll bridge over the River Mersey, as well as a 9.2km road network connecting the new bridge to the main motorway network in the North West. Creating this second crossing across the Mersey had been a long held ambition for many in the local area, particularly Halton Borough Council, and its roots can be traced back well over a decade. Initial approval for the project was given by the Department of Transport in 2006 but it wasn’t until 2013 that a bidder was chosen.

Merseylink consortium were appointed to deliver the scheme and were responsible for the design, build and finance of the project and are now responsible for the operation of the bridge over the next 30 years. Construction eventually started in spring 2014.

The Mersey Gateway Bridge has been described as a landmark structure that will be recognisable throughout the North West and beyond. The unique design is based on a cable-stayed structure similar to the second Severn Crossing but with three towers. Including the approach viaducts on each side, the bridge is 2,130 metres long with a river span of 1,000 metres. The main bridge deck is made from reinforced concrete and the spaces are supported by steel cable stays attached to three towers.

While traditionally motorists on a toll bridge would be held up with the payment process, neither the Mersey Gateway nor the Silver Jubilee Bridge has toll booths. Both bridges use an ‘open road tolling’ system where smart technology is used to keep traffic flowing but captures vehicle details and ensures that bridge users pay.

It is anticipated that the bridge will have a major impact on traffic in the area. The existing Silver Jubilee Bridge could see as much as 80% less traffic, therefore freeing it up for use as a local bridge. Those using the new bridge will benefit from less congestion and an increase in journey time reliability, with reductions in some journey times of up to ten minutes.