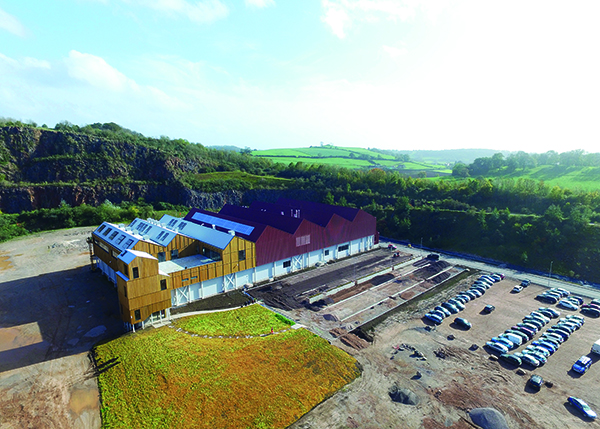 The first phase of a 20 year masterplan, Charlie Bigham’s Food Production Campus in Dulcote, Somerset continues to receive accolades almost 12 months on from its completion.

Uniquely positioned within a quarry, that had been abandoned for over a decade, the facility is similarly distinctive in its look. The desire to create the best possible working environment was the main driving force behind the design and sets the campus apart from traditional food production facilities. Since 1996, Charlie Bigham’s has been saving consumer’s time by producing sumptuous meals ready to be cooked straight at home.

Completed in summer 2017, the campus has been the subject of widespread industry recognition. It recently won the RIBA South West Award 2018 and RIBA South West Building of the Year. The creation of the development was led by TSL, who previously completed a project at Charlie Bigham’s Park Royal site.

The company played a key role throughout the creation of the new campus, from identifying a suitable site through to construction. Director Kate Hancock recently spoke to Premier Construction about the project and its success. She began by discussing the unique location:

“Initially TSL completed a full feasibility study for Charlie, assessing 4 different locations in the country. We looked at all of the key drivers – people, site layout, size, timings and ultimately costs. TSL introduced Charlie to the Dulcote Quarry site as part of the feasibility study and immediately its dramatic landscape captured Charlie’s imagination.

Charlie’s mission was to create a home for Charlie Bigham’s brand; a place where his team would be able to come to work to create amazing food, in an inspiring place which is connected to the natural surroundings of the unique environment. It’s a very unusual location for a food facility.

“For the architectural design, TSL worked in partnership with Feilden Fowles. The entire design was based around having natural light in the kitchen, its unusual northern light style roof reflecting the walls of the quarry. Feilden Fowles carried out significant research into the history of the quarry. As a result, the stair tower, which is at the front of the building, replicates the old rock crushing equipment used when the quarry was in operation.”

Windows and roof lights have been carefully positioned to ensure that wherever you are in the kitchen, you are able to see outside. Red cladding is a reflection of the colours in the quarry wall while the use of wood brings a natural feel to the building.

Naturally, taking over a quarry abandoned for a significant period of time comes with its challenges. The site had no services and was home to a number of ecological obstacles. Overcoming these challenges was a testament to the collaborative nature of the work and the team effort of all those involved. Recognition from RIBA has proved to be the cherry on the cake, as Kate concluded:

“For a food facility to get recognition like this is absolutely amazing. It’s a reflection of everybody’s hard work over that period and the real teamwork of everyone involved. Working to a two year plan the facility was designed, constructed and commissioned by TSL Projects and was delivered to the exact, pre-agreed timescales enabling Charlie to produce his amazing dishes in line with his plans. Charlie’s vision has been brought to life and has received the accolades it deserves.”

Looking ahead, this development is just phase one of an ambitious masterplan. The plan is that there will eventually be two similar high-quality facilities on site as well as a distribution warehouse. 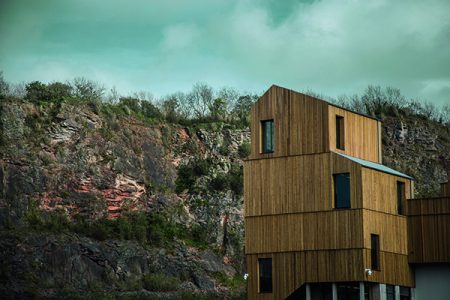