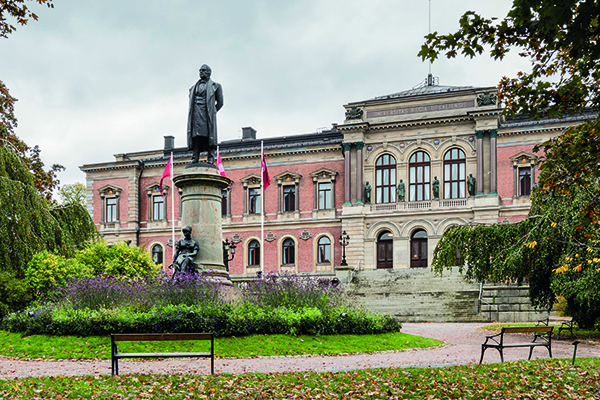 The oldest university in Sweden still in operation, Uppsala University has been a leader in higher education learning since the 15th century.

The university’s Main Building was constructed in the 1880s and at the time was home to all of its activities. While the university has grown and expanded to other buildings across the city, the Main Building remains at the heart of the campus and is still used for lectures, conferences, concerts and university ceremonies.

To help maintain the Main Building’s standing, it was recently the subject of a yearlong programme of works to improve accessibility, fire safety and technical equipment. Work was also carried out to restore and conserve some of the building’s original features such as stone detailing in the façade. The work was carried out by Stockholm-based architecture practice AIX, with a team led by Mona Lantzourakis. Mona spoke to Premier Construction about the work:

“There were lots of different things that the university wanted. Mainly it was about fire protection and safety for people in the building. They also wanted an all new electric system and new equipment such as computers and cameras for the lecture hall and other, smaller rooms. Finally, they wanted better disabled access. We tried to do as much as we could but also take care of the old building.

“They were a lot of restrictions with what we could do to the building. We had to apply to the authorities for some of the changes but I usually work with old buildings. This particular university building has never been closed since it was built in 1887 so we had a short time to do all this work. It was only closed for one year. That was a big challenge.

“We’ve had good feedback. It’s a rather complicated and sophisticated system for the electric equipment so people are still learning how things work but it’s getting better.”

Crucial to the project was the need to work carefully as to avoid any damage to the historical building. Any maintenance work, for example, was carried out using traditional materials and methods. The work has also been well received by industry professionals and has been nominated for a Swedish Design Award in the ‘Lighting – Design and Configuration’ category.

AIX was founded in 2001 when six architectural practices merged into one. Based in Stockholm, the practice has worked on a number of prestigious projects, which can be viewed at www.aix.se/english. 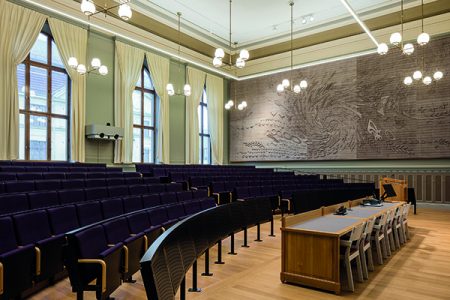